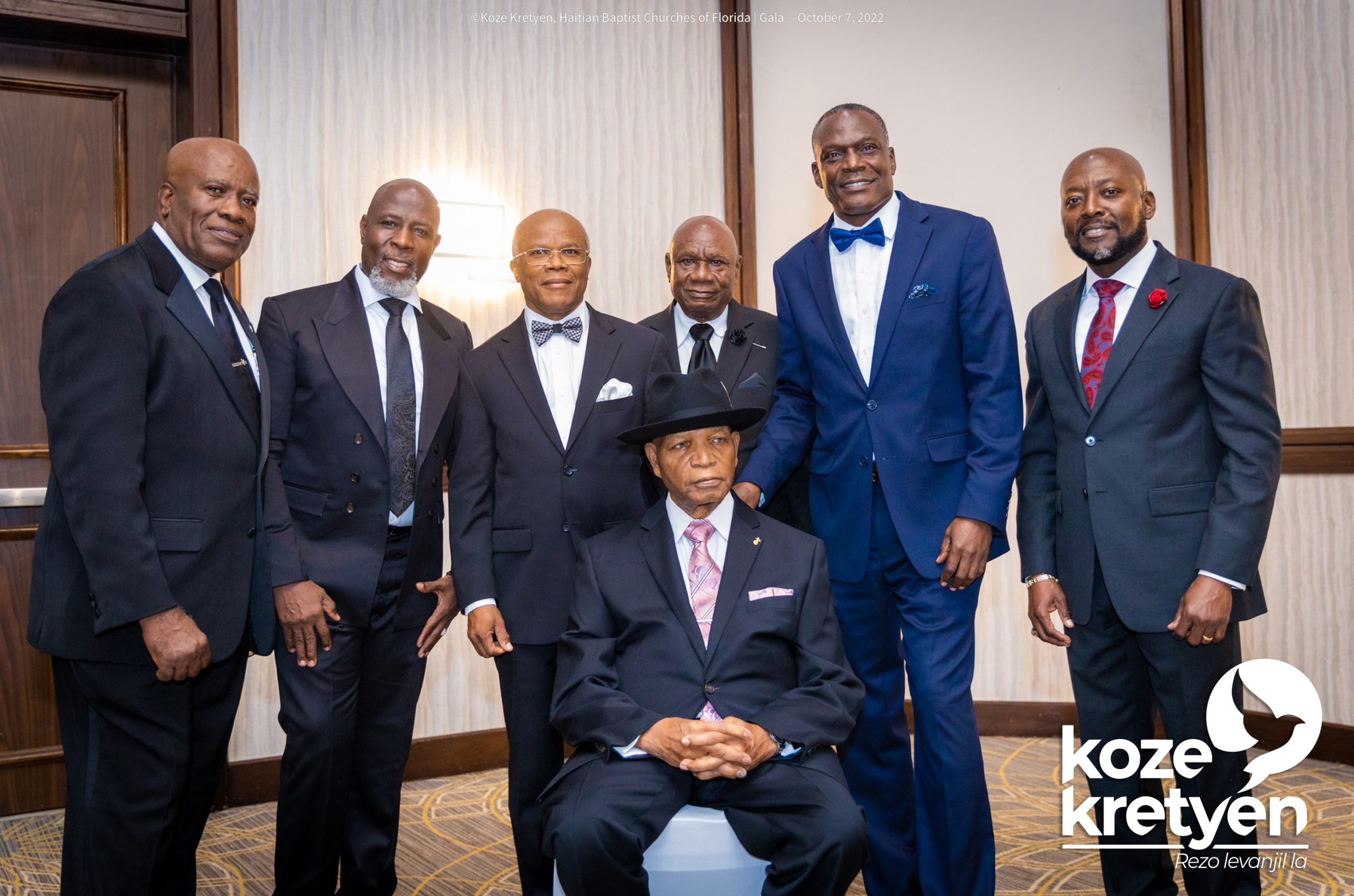 Pictured Above: Pastor Wilner Maxi (sitting) poses with friends at the Haitian Gala.

BOCA RATON— Florida is home to nearly half a million Haitians, and for the past 50 years Haitian Baptist churches have been ministering to the large Haitian diaspora.

To celebrate 50 years of ministry partnership between Haitian churches and the Florida Baptist Convention and to honor some of the Haitian legacy pastors, 300 Haitian pastors, their wives, and church leaders gathered recently in Boca Raton for a gala night.

Twenty pastors were honored during the celebration for their work in planting the first Haitian churches in Florida. These churches ministered to the Haitians fleeing their homeland for political and economic reasons. As they settled in Florida, many of them answered God’s call to ministry.

“I was deeply honored and blessed to watch these men of God receiving honors from generations that they have raised and served so well for so long,” said John Voltaire, Florida Baptists’ Haitian church catalyst.

Among the men who were honored were:

Among these men who were honored, the group also celebrated Christine Jean-Baptiste, who helped plant Haitian churches from 1972 to 1978. She was instrumental in organizing language camps for Hispanic and Haitian women at Lake Yale Baptist Conference Center, served as a camp nurse at youth camps, and was a Florida Baptist language representative in 1996.

“Every single one of these individuals served their community honorably with zeal and compassion,” said Voltaire. “They have fought the good fight; they kept the faith, and they deserve to be honored.”

There are approximately 350 Haitian churches in the FBC today.