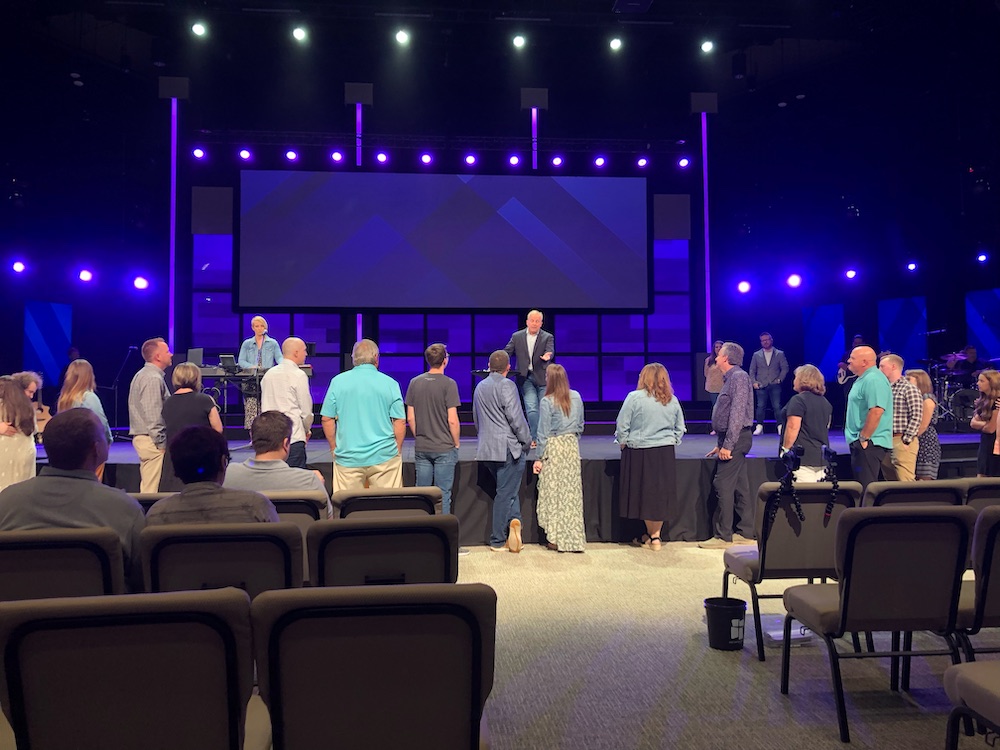 PALATKA–Daniel Helms loved his hometown of Palatka (pop. 10,000), where everybody knew everybody and sports were a major part of life. Even so, during his college years, he decided to pursue his dreams elsewhere, and he wasn’t planning to move back.

But that changed in December 2016, when Helms experienced an epiphany of sorts.

“I was sitting in a Dunkin’ Donuts over Christmas in Palatka, and I just felt like the Holy Spirit wanted me to come back and start a church here,” Helms recalled. “I was sort of resistant at first. I said, ‘It won’t work if my wife isn’t called to it too. If you want us to go back, show Audrey.’”

About two years later, while Audrey was helping Daniel’s folks with a church ministry, she also felt the call to move back and plant a church there.

“It was a really clear calling,” Helms said. “Usually, when the Holy Spirit calls someone, He calls them to a ministry and then to a place. But with us, we were first called back to a place.”

With a bachelor’s degree in Christian ministry and a master’s in divinity, Helms had been serving as singles pastor at First Baptist Church of Plant City for six years. In answer to the call to Palatka, he applied with two established churches that were searching for a pastor. Both congregations turned him down.

“I thought, ‘Nobody wants me.’ I was really discouraged,” Helms admitted.

Then, remembering that the call was to plant a church, not work in an existing one, he contacted church planting coach Clint Clifton, who serves with the North American Mission Board. Also originally from Palatka, Clifton had been praying that God would send a church planter to his hometown. In the meantime, he already had planted his own church near Washington, D.C., and had sent out church planters to 30 different locations. Though he and Helms had never met, he was thrilled to find out Helms was interested in planting a church in Palatka. 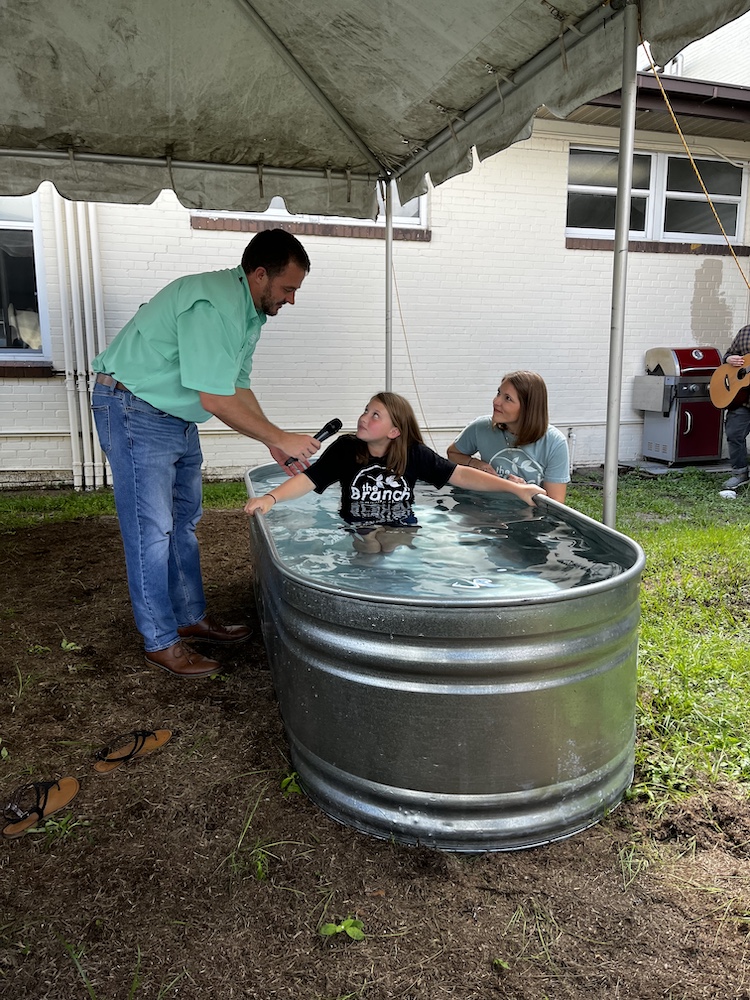 “Churches tend to have life cycles, like people,” said Clifton. “They grow a lot in their early years, just like children do. Around year 15, they tend to plateau until 40 or 45. Revitalization projects are successful about 25% of the time, while new plants are 75% successful. Strategically speaking, it makes a lot of sense to plant new churches.”

Now 38, Helms credits Clifton with giving him the motivation to keep going.

“Clint challenged me, and we started meeting once a week,” Helms said. “My wife and I began to pray. We read books on church planting, watched podcasts on church planting. Then, I said, ‘We can’t do this without a sending church.’”

With the support of Brian Stowe, senior pastor of First Baptist Church of Plant City, Helms left his home church with six single people and one married couple who had committed to help with the launch. The Helms family sold their home in Plant City and moved to Palatka with their four children, Olivia, now 11, Nathaniel, 8, Ezekiel, 6, and Zoey, 3.

The seeds for The Branch Community Church of Palatka were planted in June 2021, and the official launch date was January 9, 2022.

Stowe said Helms’ project made the 12th church plant for the 154-year-old First Baptist Church, where 1,400 people attend on weekends. Through the church’s capital campaign called Destination Next, First Baptist committed to $50,000 a year for the next four years to The Branch Community Church.

“Destination Next is a fancy way of saying we have some goals to meet, and it’s not just about what we do in our location,” explained Stowe, who also serves as president of Florida Baptists’ State Board of Missions. “The Great Commission is so much bigger. One of our goals was to support a church plant outside of our area. We didn’t know at the time that it was going to be Daniel. We couldn’t be more proud.”

Of course, there were bittersweet feelings when Helms left, Stowe admits.

“He was a great asset to our church,” Stowe said. “The people loved him. I knew one day the Lord would lead him to plant or pastor a church. He took some of the cream of the crop with him. It’s a real strong team working together. I think the Lord’s going to use them in strong ways.”

Send Network Florida, a partnership between the Florida Baptist Convention and NAMB, helped the Palatka church launch with a grant of $10,000. Other donations came in from private donors, Helms said.

‘People are moving here, and there needs to be more churches.’

“We first started meeting in my parents’ house with 25 people,” Helms recalled. “After ten months, we have about 90 attending. We’re actually meeting in the school I went to. It’s now used for offices for public employees.”

Helms said, in return for the use of the facility, his team has been helping maintain the building and property.

“I can’t wait for us to have our own space,” he said. “And, we would love to be planting another church in Florida within five years. People are moving here, and there needs to be more churches.”