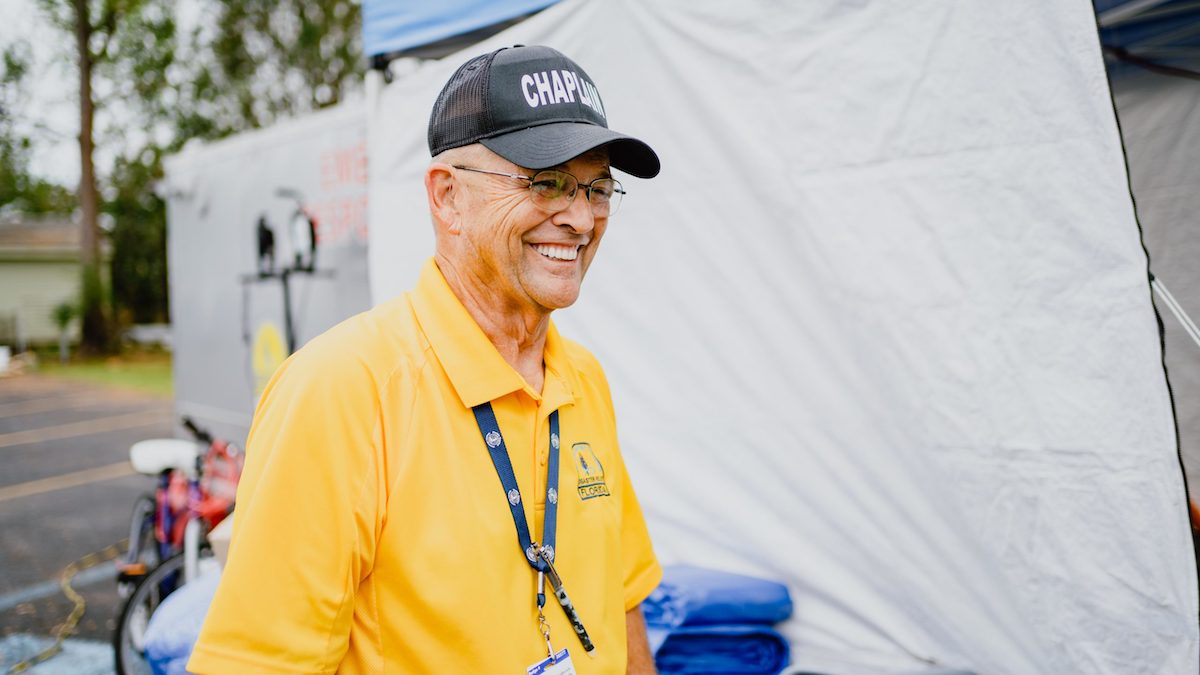 Twenty years ago, Frederick Edwards responded to his first callout from Southern Baptist Disaster Relief. Terrorists had flown planes into the World Trade Center, and teams from across the country went to New York City to do whatever they could.

Edwards had been trained to work in the feeding unit, making meals for whoever needed them.

“We were one block from Ground Zero,” Edwards recalled. “At night when we weren’t cooking, we would walk over and talk to the first responders who had been digging through the rubble.

“That was a very emotional callout — a lot of death, a lot of hurt.”

He said he can still recall the sights, sounds and smells of that first Disaster Relief trip like it was yesterday. But after that callout, Edwards was all in.

“Ever since, I’ve been anxious to go help whenever I can,” he said.

He and his wife, Cathy, who are members of Airline Baptist Church in Mayo, Florida, serve with Florida Baptist Disaster Relief together. The pair are currently helping the cleanup and recovery efforts in Metairie, Louisiana, in the wake of Hurricane Ida, which struck the state as a Category 4 storm on Aug. 29.

Frederick Edwards now serves as a chaplain and takes every opportunity he can to serve people.

“This ministry has done more to get people out of the pews and into the mission field than anything I’ve ever seen,” he said.

The couple is working out of the Incident Command Center at Metairie Baptist Church outside of New Orleans.