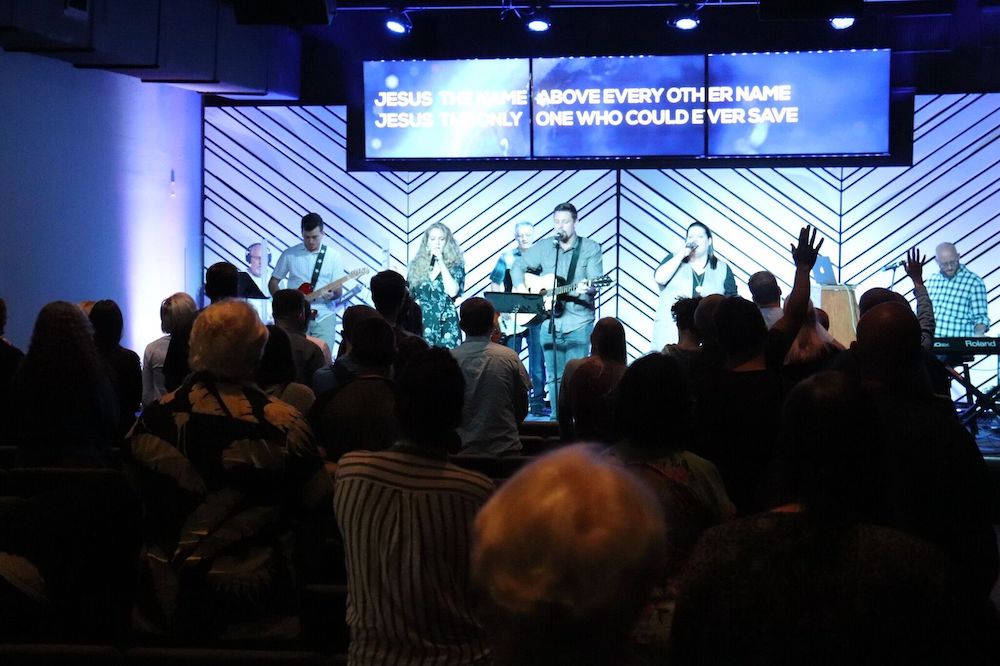 MELBOURNE–It’s been a journey that has taken them through four moves, two renovations and many Sundays as a portable church tearing down and setting up chairs and equipment while creating space for inspirational Bible teaching.

But as their wandering has come to an end, True Life Church is now in a place to reach out to the hurting community around them.

Now in a new location with additional leaders, Pastor Joshua Smith believes God has placed them in the midst of a “hurting, highly unchurched community with many single parent homes,” and they meet a “unique bunch of people, seekers every Sunday,” he said.

The church that had relaunched with 29 people five years ago now has 150 in weekly attendance.

“We’re a real church for the unchurched, for people finding God for the first time,” he said.

“Our members are baptizing others, not just the pastor [doing the baptisms], and our year-to-date expenses have been covered by income for the first time. The challenges are different now, but it’s nice to look back at what God has done to bring us here.”

In 2014, after having served as worship leader at two previous churches, Smith and his wife returned to Florida believing that “God was calling us back home to Melbourne,” where they both were raised.

He had been called to serve as worship and small group pastor at East Coast Church, which was meeting at that time in a local elementary school. The church originally had been established in 1966 as Sherwood Park Baptist Church but had changed leadership as well as their name numerous times.

Six months after Smith arrived, the lead pastor resigned and on Easter Sunday 2015, the worship leader was called as pastor of the struggling congregation with financial issues.

A month later, the church leased and renovated a small storefront, and relaunched as True Life Church.

In just three years, the church outgrew that location and moved to a larger facility on Sarno Road—a major east-west thoroughfare–where they are now located. The store front had previously been used as college classrooms and finances were needed to create worship and educational space.

Knowing that the association and state convention are both “involved and invested to help the local church thrive is awesome,” the young pastor said.

True Life is truly committed to engaging the community.

Each month the congregation gives away 10 percent of their monthly income directly into the community through the Generosity Team. And the Hope Team aids those who come for assistance with housing, monthly bills and other urgent needs, and partners with those in need through multiple meetings to provide encouragement and coaching.

Ongoing outreach events include prayer walking a local park twice a year as well. They have hosted an Easter egg hunt at the same park for the past three years. This year 1,700 people attended the Easter event, and a woman accepted Jesus as her Savior after the Easter story was shared.

In November members will be going door to door asking, “How can we pray for you?”  And in 2020 they plan to offer Hope Team workshops to help folks learn practical life skills such as budgeting, changing car oil and writing a resume.

True Life is about “helping people know that our church cares and that God loves them.  It’s not about ‘come see our building’ but going out there. We have to engage our community out in our community, not in our facility,” Smith said.

“That makes me happy.”