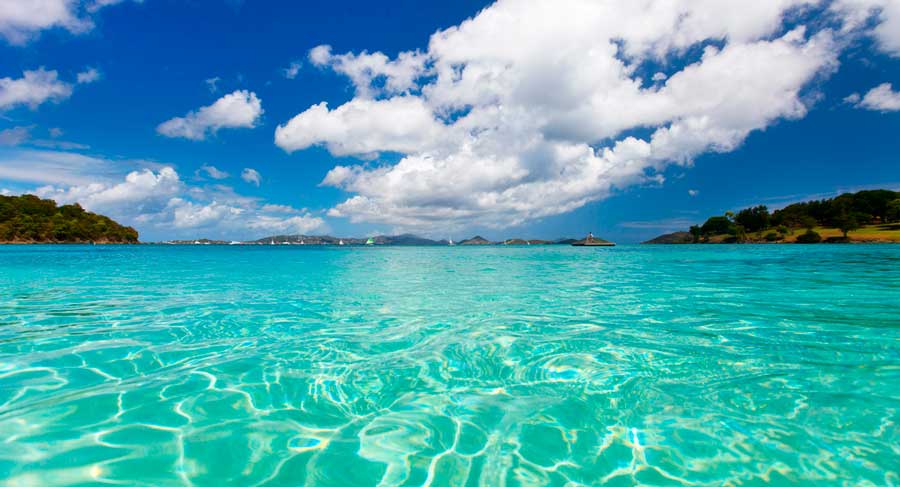 Just as the turquoise waters of the U.S. Virgin Islands ripple in the Caribbean sunlight, the baptismal waters also are rippling in St. Thomas.

In mid-June, Florida Baptists ministered alongside five St. Thomas churches to conduct a children’s sports camp and men’s conference, resulting in more than 100 professions of faith.

The weekend outreach event for children and youth occurred on Friday morning with a basketball and football camp being held at two local high schools. 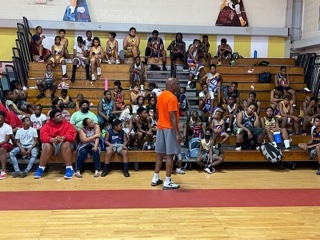 Also, Julian Jackson, three-time world boxing champion from the U.S. Virgin Islands, along with his undefeated protégé, Deion Pruitt, were a popular draw for those participating in the athletic outreach.

Jackson, with a major roadway named in his honor in St. Thomas, is a “strong, godly Christian man that God has used in many ways,” Singletary said.

Intermingled with athletic instruction and practice were several evangelistic messages. Many of the children and youth had never heard the gospel and listened intently as some of their athletic heroes shared about their faith in Jesus, with numerous young people making professions of faith.

Baptist leaders in St. Thomas initiated the idea of conducting a men’s conference, something that had never been done on the island prior to this year’s event.

“We want to empower men to be leaders,” said Andrew George, pastor of Trinity Baptist Church in St. Thomas, acknowledging that many men on the island often look at “church” as being for women and children.

The Thursday and Friday evening through Saturday morning men’s conference focused on topics including finances, relationships and physical and emotional health from a biblical perspective.

“We just came beside them,” he said.

Local leaders, including doctors and church and community civic leaders, as well as Florida Baptist leaders served as conference speakers.

The men’s conference was not without challenges. As Dowdy began to speak on Friday evening, the electricity flickered out, with lights going dark and the air conditioner’s gentle whirring coming to a silent end.

“I couldn’t see the back of the room,” Dowdy laughed. But, sensing that “Satan didn’t want the men to hear,” conference leaders persevered, and the men not only showed up but also stayed to hear the speakers throughout the dark and warm evening.

“You could see God was in it,” said Pastor George. “Even with the interruption (the loss of electrical power), there was really no interruption at all.”

A highlight of the men’s conference for George was “seeing the men open up,” even embracing each other as they shared about relationships and personal challenges.

Pastor George’s wife, Sherryl, said her “takeaway” from this year’s men’s conference was, “It took too long to have such a conference. Men do want relationships with other men; they’re just not open about it.”

The conference, Dowdy said, “was a great tool to strengthen the lives and bring men together in the Virgin Islands.”

Comments from participants on a post-event survey indicate great interest for the men’s conference to be held again.

Invigorated by the response to this year’s inaugural approach of holding a children’s sports camp in conjunction with a men’s conference, local St. Thomas church leaders are already looking forward to a similar event in 2023.

But, first, leaders from all five Baptist churches in St. Thomas are following up with those who made professions of faith—building relationships, answering questions, encouraging them in their newfound faith.

And rippling the baptismal waters.