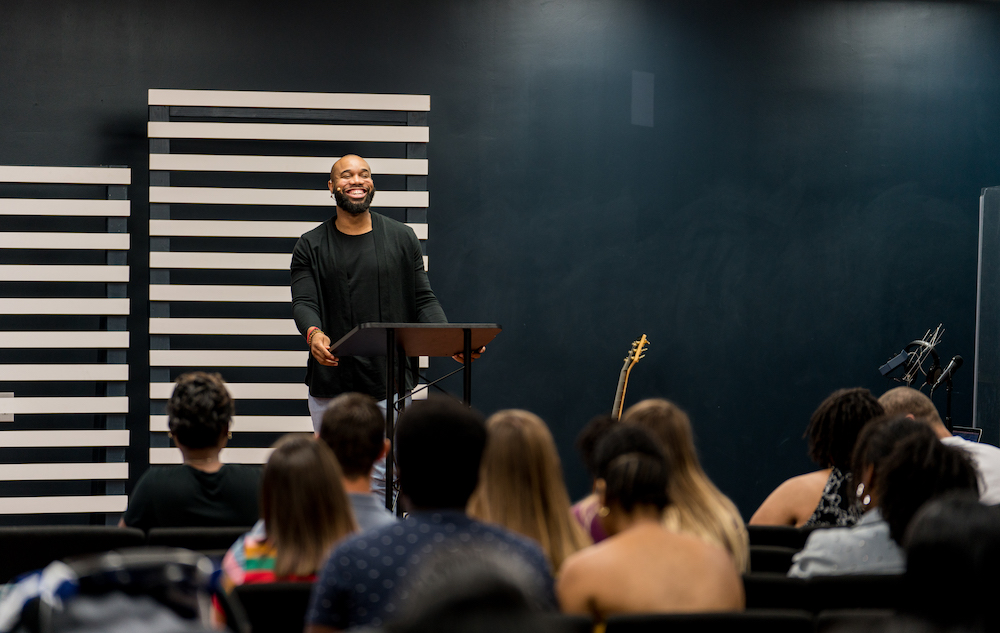 WEEK OF PRAYER: Sending the Gospel into a Complex Culture

Full of color, life, beauty and disparity, Miami is a city where “you can lose yourself and find yourself all at the same time,” said Ukegbu.

Miami’s spectrum of economic, ethnic and cultural diversity generates a complexity that Ukegbu and his family have been navigating since moving to the city to start their church, The Brook Church, which launched in the April of 2015.

As residents in Miami attempt to find themselves, they experience a certain level of freedom, but “if Jesus isn’t a part of that, if He’s not the center of that [search], then it’s not real freedom,” said Muche. “So, the need for Jesus in the midst of a collision of stories is why we’re here.”

Muche and his wife, Diamone, are 2019 Week of Prayer missionaries for the Annie Armstrong Easter Offering® with NAMB who are bringing the hope of the gospel into one of the most diverse cities in North America. 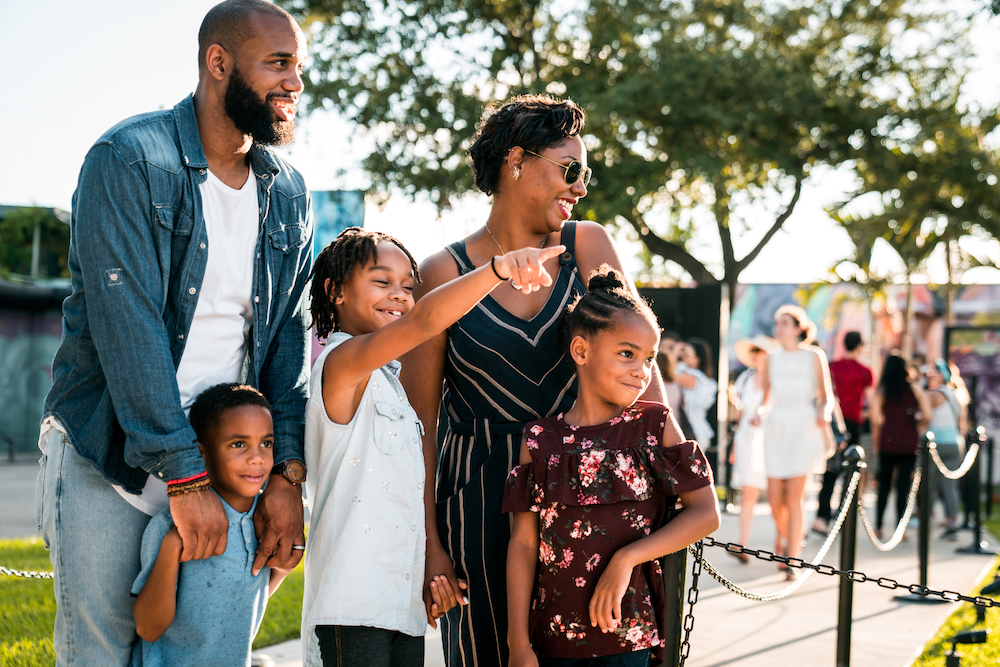 “Miami is global and international,” said Muche. “There’s an international root here that you’re just not going to escape.”

With the confluence of so many different people groups comes a need to help people find a solid foundation for their identities, and only twenty percent of people in Miami identify as an Evangelical Christian.

“Each culture tries to find itself,” said Diamone. “It may be someone coming from somewhere here in the States or trying to figure out, ‘How am I supposed to advance in life after my family has brought me here to this country?’”

Muche and Diamone have experienced their own journey of finding their place in the city—whether it’s being mistaken for Haitians or learning to raise their children in a symphony of varied cultures. They know to rely on God to help them minister with wisdom.

“The richness of Miami is that depending on what supermarket that you walk into, it’s going to determine what language they’re going to use to speak to you,” said Muche.

One neighborhood will speak Spanish, another Haitian Creole. In an area with high Jewish influence, the entire region shuts down to observe Shabbat and Rosh Hashanah.

“All these different customs that would be normal for that culture are concentrated in that area,” said Diamone, “and you feel it in each of the different sects of the city.”

While that diversity is beautiful, Muche comments, “the fact that in certain parts of the city it’s so distinct shows how segregated the city still is.”

While this sort of cultural isolation comes naturally, The Brook Church strives to understand and practice the truth of the gospel in such a way that enables everyone to feel a part of the family of God.

“And it’s glorious,” Muche said, “because even though you’re brought into that family, you don’t lose your cultural identify. It’s just redeemed.”

Their congregation attempts to make this reality apparent in the way they worship together—by singing the same song in multiple languages.

“It helps them feel like they’re part of something without losing something that they weren’t meant to lose in the first place,” Muche said.

That approach has made room for multiple nationalities to find a home in their church.

“When you walk into our church, it is amazing that there’s Bolivians and Peruvians and Colombians and Venezuelans sitting on the same row,” Diamone said.

To bring the gospel to Miami, The Brook Church works to bridge cultural divides with the power of the gospel, which requires them to find ways to relate to people across every level of their community.

As the culture changed in Miami during the 60s and 70s, Muche described how some of the church’s response “left a sour taste in the mouth of a lot of people in South Florida.” So, The Brook Church seeks to minister to the whole person—care about the whole person—in order to have an opportunity to share the gospel with their neighbors.

About fifteen people moved with the Ukegbu’s when they came to the city, and now they see more than 100 people come on Sundays. As a church, they have baptized people who now experience a burden to go overseas to share the gospel or start churches throughout North America.

“God is working in ways that we couldn’t have planned for,” Muche said, “but because He is faithful, we’re experiencing them.”