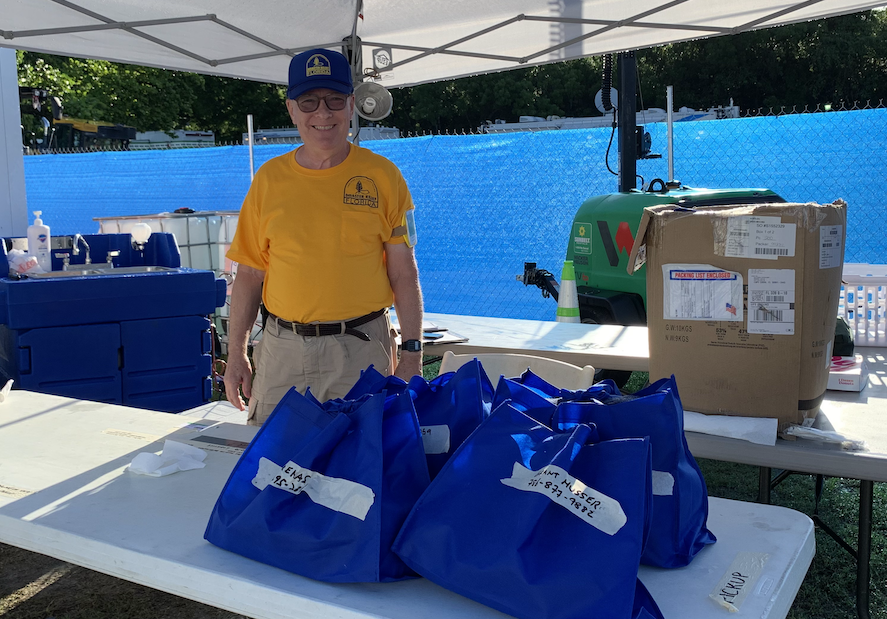 SURFSIDE— The tragedy of the Champlain Tower collapse in Surfside has left the South Florida community in shock.

The 12-story building located on the barrier island community just a few miles north of Miami Beach crumbled in the early morning hours of Thursday, June 23. As of Monday, July 12, as many as 95 victims have been found with 85 identified. Another 14 persons remain unaccounted. The youngest identified victim is one-year-old Aishani Gia Patel.

For Florida Baptist Disaster Relief (FLDR) teams, the catastrophe is unlike any they have responded to in their four decades of ministry.  In partnership with The Salvation Army, FLDR volunteers provided a small bit of relief and respite to rescue workers who had been toiling among the ashes and debris for more than a week–washing the clothes they had been wearing for seven days straight.

Perhaps no other group has been as close to the tragedy as the first firefighters who responded to the emergency that morning. With just a couple of days’ worth of clothes, they labored 12-18 hour shifts and slept on site without going home to change or wash their clothes.

“I’m just a kid from Miami and I never thought I would be searching a pile of rubble in my hometown looking for survivors of such a tragedy,” he said as he guided the first volunteers on site to their designated work area. “This was the one place they were supposed to feel safe, and it collapsed on them while they slept.”

“Are you the ones going to do laundry?” was the question that greeted the first volunteers who arrived on scene at the emergency response area just a block away from the crumpled building. 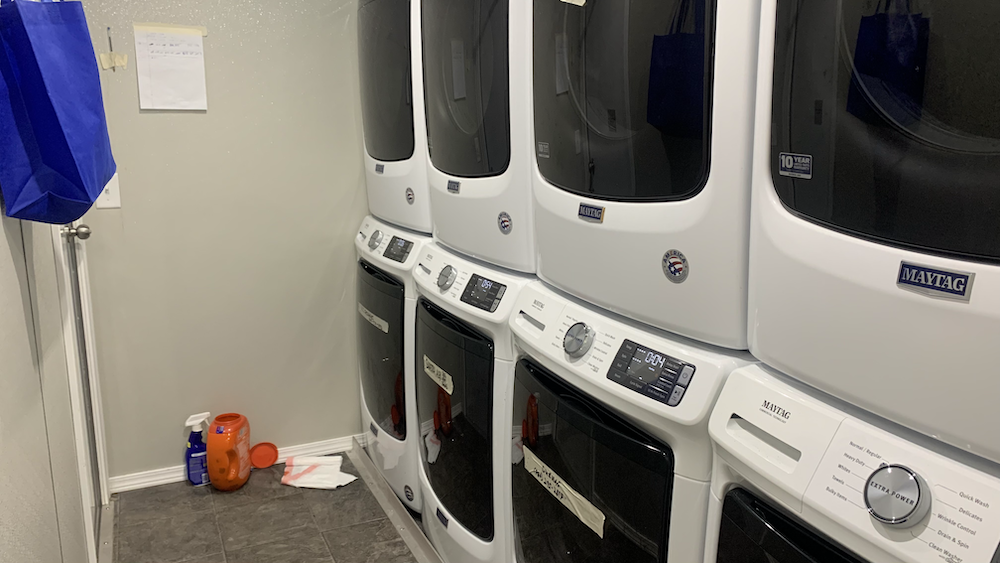 Then as news got around that a laundry unit was on site, bags of laundry started piling up for intake and so did the words of gratitude for the simple, yet much needed service the volunteers were providing.

Their heavy uniforms soaked with rain and sweat–and stained with cement and rust–were returned in a couple of hours clean, freshly scented, warm, and neatly folded.

“It’s a service that doesn’t seem like much but to these guys it means a whole lot,” said Bruce Willix, FLDR volunteer and member of Oasis Church of South Florida.

John Gray, blue hat volunteer and member of Eau Gallie First in Melbourne, traveled down to lead the group while all other volunteers drove from their homes in South Florida. For them, this tragedy is their own.

First responder Varona was the first to drop off his clothes and the first to retrieve them. “Thank you so much for this, I ran out of clean clothes to wear a couple of days ago and what you guys are doing is really great,” he said.

When members of Florida Task Force 2 found the body of the daughter of one of their own in the rubble, the words and prayers from the FLDR volunteers were welcomed and embraced. Given that chaplains had difficultly accessing the site, the spiritual support offered by these disaster relief volunteers was essential.

Florida’s DR workers labored diligently and efficiently even when the propane for washers and dryers ran out, when water hoses were clogged with grass; and even when the rain poured so heavily that the ground was flooded, and their shoes were water soaked. Despite it all, the volunteers washed, dried, and folded 90 loads of laundry for the rescuers who were putting their life in danger in the hopes of finding someone alive.

Rescue efforts at the site have now transitioned to recovery and new rescuers have come in to replace the weary, tired ones.

The laundry unit volunteers have also gone home but “there is still much to do,” said Gary Cromer FLDR volunteer and member at Pines Baptist Church. “The best way to help [now] is stay away from the site and get on your knees and pray.”

Even after all the days, firefighter Varona continues to work at the site. Every day is harder than the last, he said. He wonders how something like this could happen in his city; and hopes that the future will bring answers and closure for the families of those lost and for the place that he calls home.