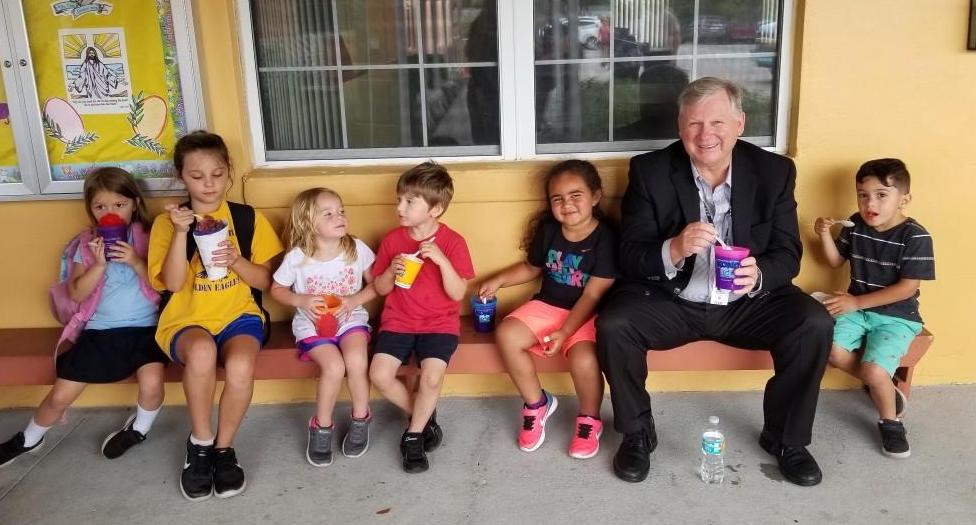 VERO BEACH–While some locals have an expression that those who move to Vero Beach are either “newlywed or nearly dead,” Randy Fullerton moved there two years ago to give hope to others and share that God has a future for them.

After being called as pastor of Glendale Baptist Church in November 2017, Fullerton relocated to the Central Florida beach community. There he found a church planted in 1952 that drew only 20 people in weekly worship.

It was not the first time that Fullerton was led to a church in need of revitalization. In the past, he said, “God has brought me to churches that have struggled and used me to bring healing. My greatest gift is my ears, just listening to people.”

Raised on a farm in Missouri, he served as pastor of churches in his home state for more than 30 years. His last pastorate of 21 years, Fee Fee Baptist Church in St. Louis, established in 1807, was a large suburban church that held the distinction of being the oldest continually operating Protestant church west of the Mississippi. “God really blessed us there,” Fullerton recalled.

In 2017, after leading the church through several changes, he felt it was time to step aside. As he and his wife Mary Louise began praying, they knew God was preparing them for a move, “that there was more for us to do,” he said.

As avid St. Louis Cardinal Baseball fans, the Fullertons had been to Jupiter many times to attend spring training games. 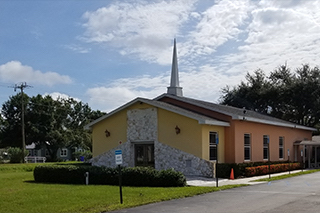 Believing God was leading them to Florida to serve a “small church that has promise,” Fullerton sent letters throughout the state, and Bob Barrett, then associational missions strategist of Treasure Coast Baptist Association, responded.

On their visit to the area in 2017, Barrett introduced the couple to the Vero Beach church.

They discovered the church had a pre-K through 8th grade Christian school which utilized the church facility. The Fullertons drove to the school, parked in the parking lot and prayed for the children as school dismissed.

“God put his hand on us saying this is where you need to be,” he said.

Upon arriving, Fullerton encouraged the church to “look where God is blessing us.” And with the leadership of an outstanding principal and an enrollment of 200, God was blessing the church through Glendale Christian School, he said.

As pastor, Fullerton also serves as the school administrator and “likes to make himself known.” Every morning he greets students and families as they arrive for school.

“If you love people, show them that you care, tell them about Jesus, I think they will respond,” the pastor said. He has led five of the students to the Lord.

This year with 263 children enrolled and a waiting list, the school has run out of classroom space. The church and school have purchased property and are now raising funds to construct a new school building.

The congregation has also begun to grow: Weekly Sunday worship attendance has increased to between 60 and 80, as more families from the school are now attending. Recently a room was dedicated as a nursery which now is occupied by four new babies from their church family.  Children’s church has grown from 5-to-6 when he first arrived to 16-to-20 attending each Sunday.

Also, giving has increased, and the budget is being met.

Tim O’Carroll, associational missions strategist for the Treasure Coast Baptist Association, said that Fullerton has “brought fresh vision, passion, and leadership to this local church, and the community of Vero Beach has responded.”

Craig Culbreth, Florida Baptist Convention’s catalyst for the east region, concurs. “I see great things coming out of Glendale in the days ahead.”

Fullerton, too, has a vision for Glendale’s future. “Simply to so love the Lord that it will show through us…and give others hope, that God has a future for them.”

Bobby Bowden calls BCM students to a life of faith

Resilience in the Wake of Disaster | Mt. Tabor Baptist Church