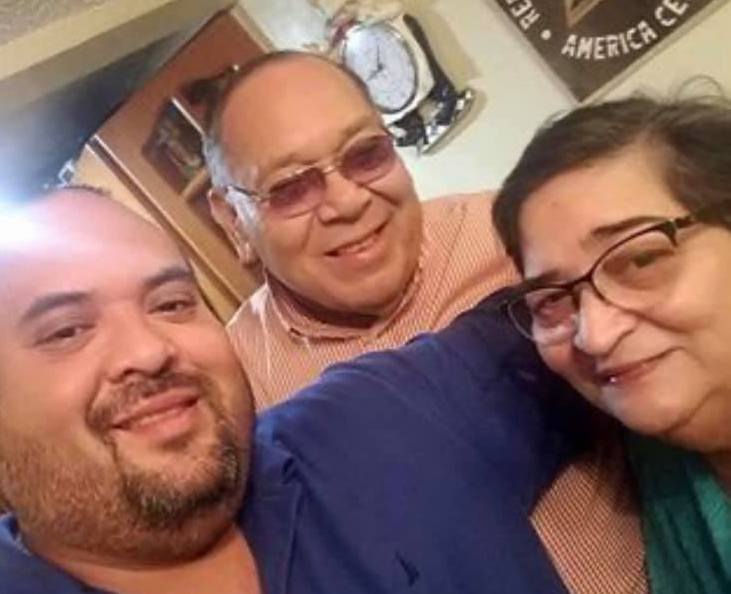 MIAMI – Pastor Moises Abella Diaz planted Iglesia Bautista Rescate (Rescue) in Hialeah to reach rafters and other Cuban immigrants by telling them Jesus Christ can rescue their souls. He died in April from COVID-19 after he and his son contracted the disease. Throughout his lifetime, he continued sharing the gospel and offering hope to many.

Front-line worker Mario Mayorga, Jr., 36, and his parents, Mario Mayorga and Esperanza Mayorga, lost their battle to coronavirus, dying within weeks of each other while their daughter, Violetta, 32, survived the disease. The close-knit Nicaraguan family in Miami-Dade, members of Iglesia Bautista Adonai where Pastor Moises Robaina serves, lived in the U.S. for three decades.

While COVID-19 has impacted all sectors of the U.S. population, studies show African American and Hispanic communities have suffered disproportionate tolls in death, illness and loss of income. Researchers link the disparities to long-term racial inequities in health care and employment.

According to Pew Research, 61 percent of Hispanics and 44 percent of blacks said they or someone in their household had experienced a job or wage loss due to the pandemic, compared with 38 percent of whites.

“All of our African American churches have been impacted in some way or another because COVID-19 has affected our communities adversely,” said Erik Cummings, pastor of Miami’s New Life Church. In response, “many of the ministries and services have been focused on alleviating and mobilizing to curve its impact.”

Several Florida Baptists’ black churches have experienced deaths in their congregations, he added. “A few of our pastors have had COVID related deaths and have had to officiate graveside memorials.”

Cummings, who serves as president of the Florida Baptist State Convention, said his congregation has been “blessed and fortunate. We have had a few people contract the virus and fully recover without adverse effect.” The church has focused on ministering to the needs of senior adults to keep them as safe as possible.

According to figures just released by the U.S. Centers for Disease Control and Prevention, a total of 1,761,503 cases of Covid-19 and 103,700 related deaths were reported in the country between Jan. 22 (when the first case was confirmed) and May 30, as reported by CNN.

Among cases with known race and ethnicity, 33% were Hispanic, 22% were black, and 1.3% were American Indian or Alaska Native. The report notes that “these findings suggest that persons in these groups, who account for 18%, 13%, and 0.7% of the U.S. population, respectively, are disproportionately affected by the COVID-19 pandemic.”

The deaths of Pastor Diaz and the Mayorga family were an early wakeup call to Florida Baptist Hispanic churches that their community could suffer disproportionately from the disease—affecting those with preexisting conditions or are vulnerable populations because of age, said Emanuel Roque, Florida Baptists’ catalyst for Hispanic ministries.

Loss of jobs, especially day workers, affected many in the Hispanic community. Churches became involved in community ministries to help, said Roque. “Many have tied in with the Florida Baptist Convention’s distribution of food products. Others have gathered wherever they can to continue ministering in their neighborhoods and to church people. Drive through food lines, church vans taking to lower income areas, and other methods have been used.”

–Orlando-area churches worked “in unity to advance the gospel” by meeting hunger needs caused by the coronavirus, distributing food across Central Florida, through the efforts of 11 Hispanic churches;

Pastor David Perez at Casa de Bendición Church in St. Cloud said some members have contracted the virus but have recovered. He been able to keep his church afloat through prayer and an interest-free loan from the Florida Baptist Convention, due in 10 years. He chose not to apply for federal assistance.

His church resumed onsite worship May 3. Attendance is limited to about 20 members — about one-fifth of pre-pandemic numbers. Families sit together, socially distancing. Hand sanitizer is prevalent. Senior citizens, comprising about 70 percent of the church membership, mostly stay home.

“We have our pros and cons in our Latino and Hispanic churches,” he told Baptist Press through an interpreter. “Most of our Hispanic churches are small; they’re not megachurches. The finances, those that can receive a small financial help, that will make a big difference and we can overcome this.”

Miami’s New Life Church has not started with in-person services yet.  “We are planning our reopening, but we will host our initial gatherings outdoors where we can spread out on campus,” said Pastor Cummings.

“Our ministries have continued although virtual and we have added seven new members to the fellowship. In the midst of it all we have been able to maintain and experience the Grace of God in a powerful way.”

Diana Chandler of Baptist Press contributed to this article.