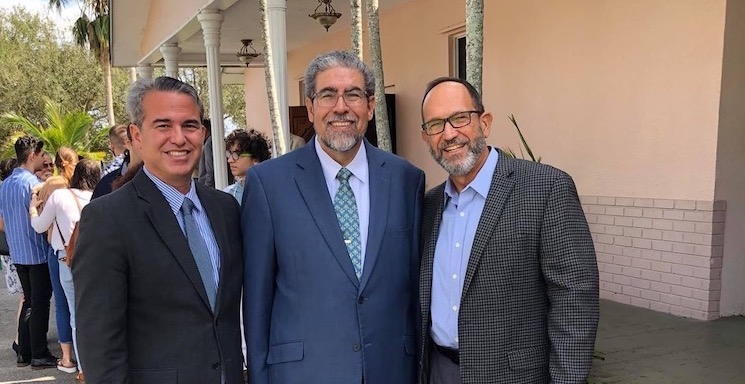 During the installation service Sunday, Feb. 9, Becerra, who had served as the church’s pastor for more than two decades, passed the leadership baton to the new pastor. 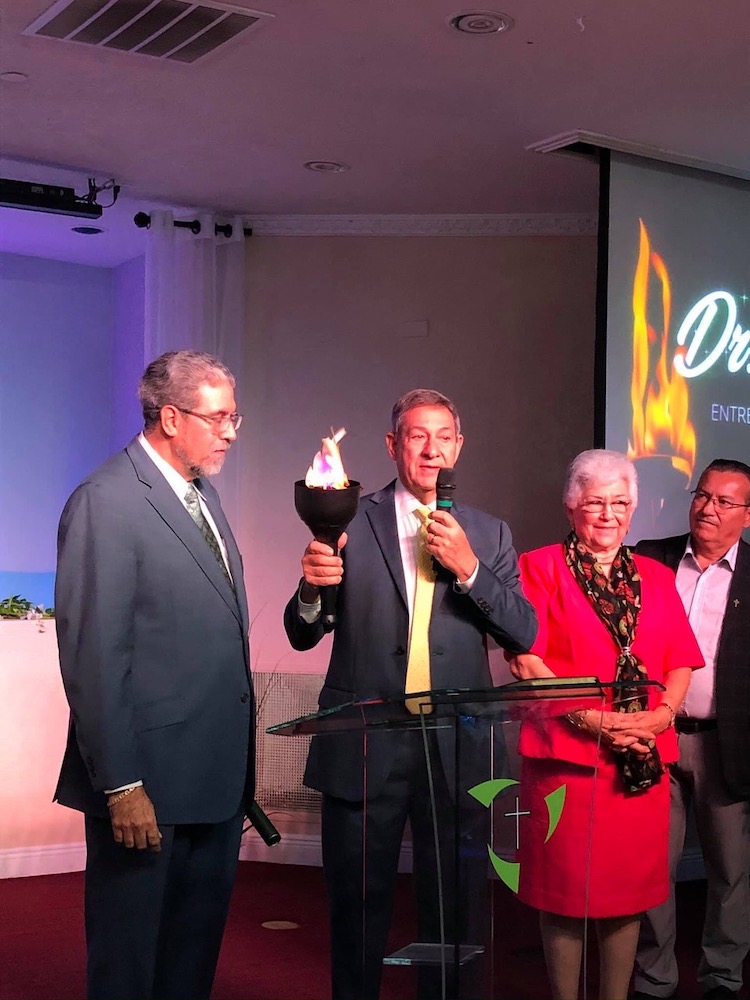 Lema originally served as interim pastor of the church immediately following Becerra’s retirement and was called by the church as the lead pastor at the end of 2019.

The Cuba native will lead the Peters Road church part-time as he continues to serve as Associate Professor of Theology and Missions at New Orleans Baptist Theological Seminary, where he directs and teaches in the seminary’s South Florida Center in Hialeah.  He has served this role since 2004. Formerly, Lema, who holds the doctor of philosophy, doctor of ministry and master of divinity degrees from the New Orleans seminary, served as associate director of theological education for the Florida Baptist Convention from 2004 to 2015.

As he begins his new role, Lema plans to cast a Great Commission vision for the church. In a seven-part sermon series, he said he will emphasize what it means to be a healthy church and to live out the Great Commission.

During the installation service, Emanuel Roque, Florida Baptists’ Hispanic church catalyst, preached a sermon titled “The Faith of God’s Servants and His Church” focusing on the church and the pastor working together to do the work that God has called them to do.

“Dr. Lema will bring a new heartbeat to the congregation and its mission of continuing to reach a multi-cultural community,” said Roque. “Over the years we have walked alongside the church and we look forward to seeing how they will expand their ministry.”

The 48-year-old church, which has been led by five pastors, launched out of what was formerly known as Smitty’s Riverside Bar in July 1972. At that time the church was named Templo Bautista Jerusalem and later became Primera Iglesia Bautista Hispana de Plantation with the move to the current location in 1975.

In 2015, to reflect the multi-ethnic community and membership, the church started an English language service and changed its name to Iglesia Bautista Peters Road/Peters Road Baptist Church. Today, the church is 362 members strong.