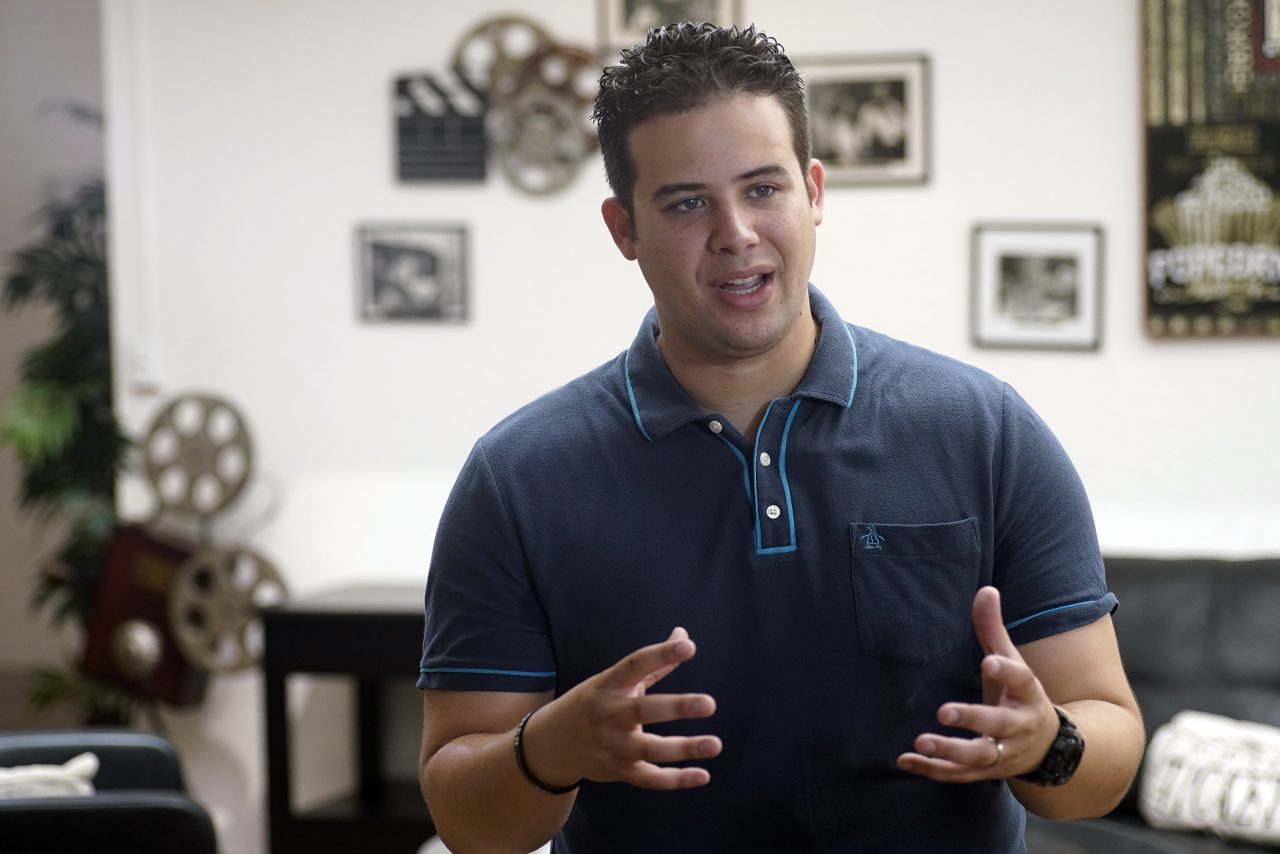 Burdened by the spiritual lostness of second-and third-generation English-speaking Hispanics living in South Florida, Omar Vargas planted Real Church in the city where he and his wife, Cindy, call home.

Hollywood, an oceanfront municipality nestled between Fort Lauderdale and Miami, is a highly diverse melting pot of culture and economic status, explained Vargas.

“It is incredible, very similar to Miami. There are so many cultures together in one city–Dominicans, Puerto Ricans, Cubans, Venezuelans, Columbians–so many languages, so many countries.”

“More and more I saw the need to reach those who are Hispanic by culture and background, but whose heart language is English,” said Vargas. “Many Latinos that are second and third generations don’t speak Spanish; they speak English.”

Vargas started Real Church with a core group that gathered in his home in 2016. Within four months the church held its first service on Easter and has since grown to nearly 80 in attendance.

“We are trying to partner with other church planters. We’re here for the same goal—to reach people for Jesus Christ—and we have opened our space to launch new churches,” the younger Vargas explained.

“The church is located in the middle of a neighborhood with hundreds of homes,” he said. “What better way to reach the world but from inside the community? And to be able to reach them with their needs is the way the Lord wants to reach them.”

From a young age Vargas loved two things–serving God and baseball, he said. While playing baseball for Wheaton College, he felt God calling him to leave the sport he loved to pursue full-time ministry.

“I remember when my wife and I spent so much time praying, asking ‘Lord where do you want us to go in this new phase of our lives?” he recalled. “We knew that was church planting, but where?”

Then God brought them home.

“There is a battle for the hearts of the people here. Drugs, gangs, partying lifestyle, poverty and affluence, these are distractions pulling people away from God,” Vargas said.

“But seeing them come to know Christ, seeing them baptized and realize they are a new creature, that is what is exciting to us.”

Vargas is one of six church planters featured in Florida Baptists’ 2017 State Mission Offering emphasis, “Send South Florida,” which will allocate 100 percent of the proceeds toward mission initiatives in South Florida. These church planters are dedicated to reaching Florida’s highest populated and least churched region with the gospel of Jesus Christ.

“This city is where we grew up since we were little. We’re not moving; we’re here for the long haul. And God willing, we will see other churches planted from this church here.”

Finding mission field where you live, work and play