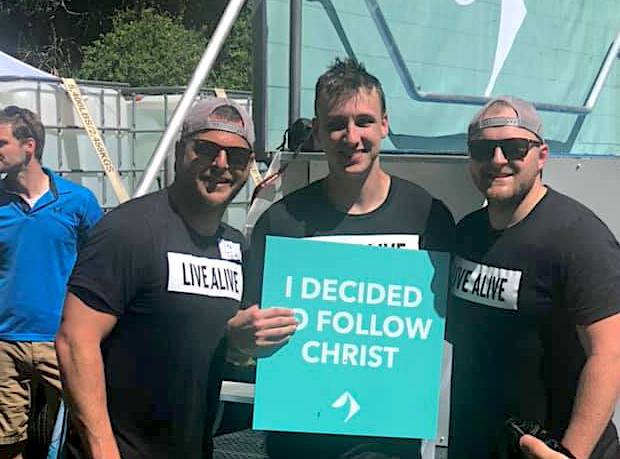 ORANGE CITY–Although he grew up in the church, Jordan Harris identified himself as an agnostic during his college years at Florida State University. Returning home to start his career, his parents bribed him to go with them to the Journey church—worship attendance in exchange for a free meal at a restaurant. For a starving young man starting his own company, any dinner was a step above the Ramen noodles he usually feasted on.

“Right off the bat, I noticed a ton of difference,” at the Journey church in Orange City, he said. “The people cared about people going through the door.” He began attending a Life group.

One night after reading the Gospel account of the crucifixion, “I broke down in my bed. I didn’t realize it, but I had experienced a heart change.”

When the 26-year-old was approached about being baptized, Harris said he was reticent. “I know I was saved but being baptized…. I needed to clean up my life before baptism.” Pastor James Hilton assured him that baptism was not about being a finished product but signaling to others that the Lord is in the process of changing his heart and life.

Now like the Apostle Paul, Harris said “my desires have changed. I don’t want to do what I did before.”

Harris was among the 25,338 persons baptized in Florida Baptist churches during 2019. His church, The Journey in Orange City was one of 30 congregations to baptize more than 100 new believers during the past year.

Pastor Hilton has led the Journey Church for the past 16 years with the belief that “one church can change the spiritual climate of a community.” Each year the church has baptized on average 200 new believers. 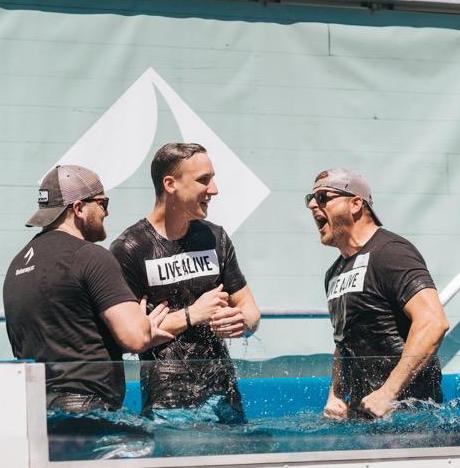 The Journey celebrates every baptism “because we know each one is a story of how God has transformed a life,” said Hilton.

Bringing the church to embrace a culture of evangelistic zeal across the years has been a “slow, steady holding to the truth that the Gospel is the power of God to transform lives,” he said. “Every person is equipped by the Holy Spirit to know that God has a purpose in the hope and power found in Jesus Christ.”

Journey church with four campuses along the north I-4 corridor grew out of First Baptist Church in Orange City. When Hilton arrived as pastor of the congregation, the Orlando native began recasting the church’s vision and name. Now an average of 1,800 persons attend worship at the church’s four sites each week.

“Our desire is to help everyone take steps to follow Jesus Christ. That is the lens on everything we do.”

Every Wednesday for the past 16 years, the church staff gathers to fast and pray, “asking God to move, God move now,” said the Hilton. “And He has moved in incredible ways.”

The church focuses on the weeks leading up to Christmas and Easter to encourage its members to share the hope of the gospel and invite their friends to church. Devotionals are written to challenge the congregation with the claims and power of Christ, his death and resurrection with the hope that a passion for reaching their lost friends will bring fruit. That began to change members’ lives as “they lifted high the power of Christ” to others.

When new believers are baptized, they are provided opportunity to share their own story and how the power of God has transformed their lives—whether they have been alcoholics or believed good deeds would bring them salvation, he said.

“Everyone has a story,” Hilton said. “The gospel is supernatural. God is still in the resurrection business,” adding, the church’s responsibility is to “create those environments.”

“No one is too far gone or radically lost to come to Christ,” Hilton said.