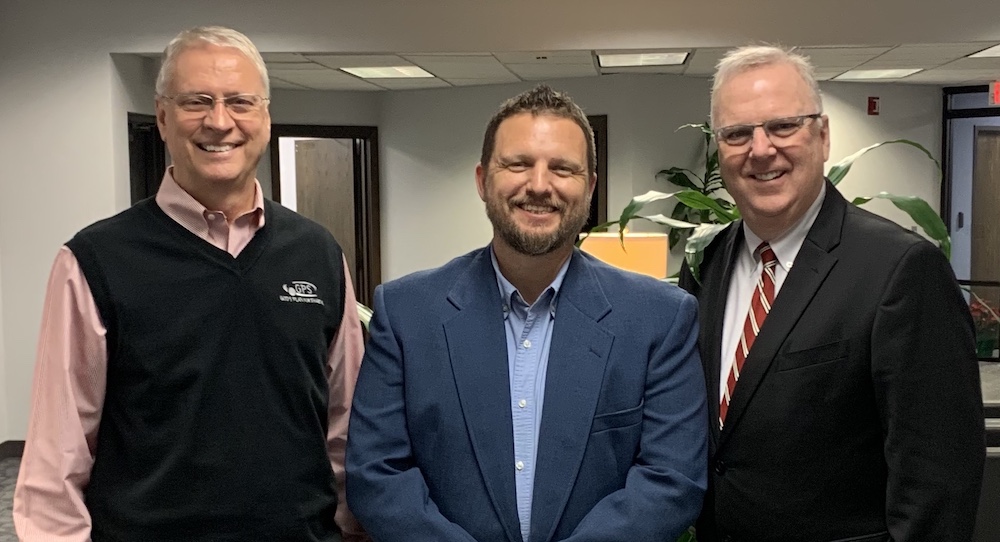 Pictured Above: Jeff Yant, center, was elected in December as executive director of Lake Yale Baptist Conference Center in Leesburg. He is pictured, from left, with David Burton of Middleburg, LYBCC board chairman who led the search committee, and Tommy Green, executive director-treasurer of the Florida Baptist Convention.

He assumed the role previously held by Don Sawyer, who retired the past December after serving as executive director of the cooperating ministry of the Florida Baptist Convention for the past 17 years.

Prior to his new role, Yant served as director of development for the Lake Yale facility since 2017.

During his tenure, there was an increase in overall program outreach to Florida Baptist churches and outside groups and an inaugural staff campaign that reached more than 146 percent of its goal. He also formulated the first Women’s Conference Committee to rebrand and reshape the women’s programming at Lake Yale; and led to rebrand the center and help achieve its 501(c)3 status.

“Jeff has a very strong heart and passion for the ministry of Lake Yale Baptist Conference Center,” said David Burton of Middleburg, LYBCC board chairman who led the search committee. “This combined with his vision and capabilities of leadership will launch us into the new decade with confidence of what God intends to do in changing lives by the thousands year after year.”

Yant previously served as executive director of the ALACCA Bible Camp in ​Harpster, Idaho and YMCA Camp in ​Lincolnton, Ga.

LYBCC is a full-service retreat and conference center in the heart of central Florida.