Women’s Retreat: UNSHAKABLE with God as our Savior

The retreat, organized by Florida Baptists’ Women’s Missions & Ministries/Missions Education (WMM/ME), was designed to inspire spiritual growth by providing learning opportunities concentrating on engaging in God’s word, the value of prayer, and creating disciples who minister to and create disciples within the community. 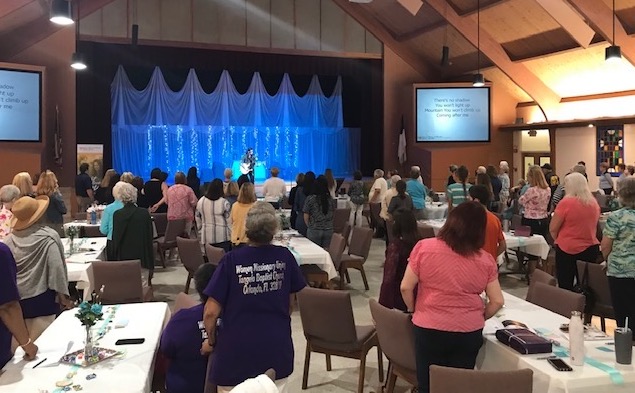 According to Irma Moss, WMM/ME President, “The words as recorded in Esther 4:14 “for such a time as this” are ones which reflect how I felt in reference to this retreat.

“The messages were powerfully presented, reminding and encouraging us to have an unshakable pursuit of our Lord and Savior,” she said. “The focus on refugees and our response to their needs was timely and well received.” 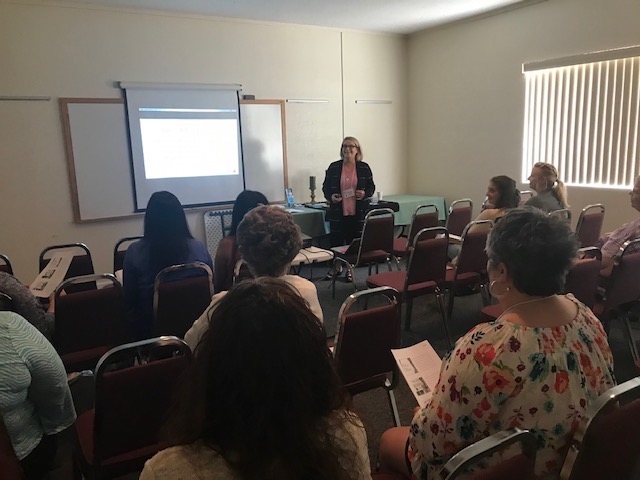 Trent DeLoach, a North American Mission Board appointee who serves as pastor at Clarkston International Bible Church in Clarkston, Ga., spoke on responding and ministering to refugees.

During a Refugee Loss Simulation he led, DeLoach said, “eyes were opened to the difficult decisions many refugees face. The women responded with renewed commitment to step toward our international neighbors with compassion.”

During the RLS experience, participants moved about the room with papers representing a limited number of their chosen ‘belongings,’ such as family members, personal items, items of value. When they arrived at various “immigration checkpoints” papers were randomly taken to represent loss. During the loss simulation, DeLoach revealed real stories of immigrants’ actual losses.

“This was a powerful exercise,” said Cindy Bradley, Florida Baptists’ WMM/ME catalyst. “At the end, you may have lost all your family, but the other things you wrote on the papers meant nothing if you didn’t have your family members.”.