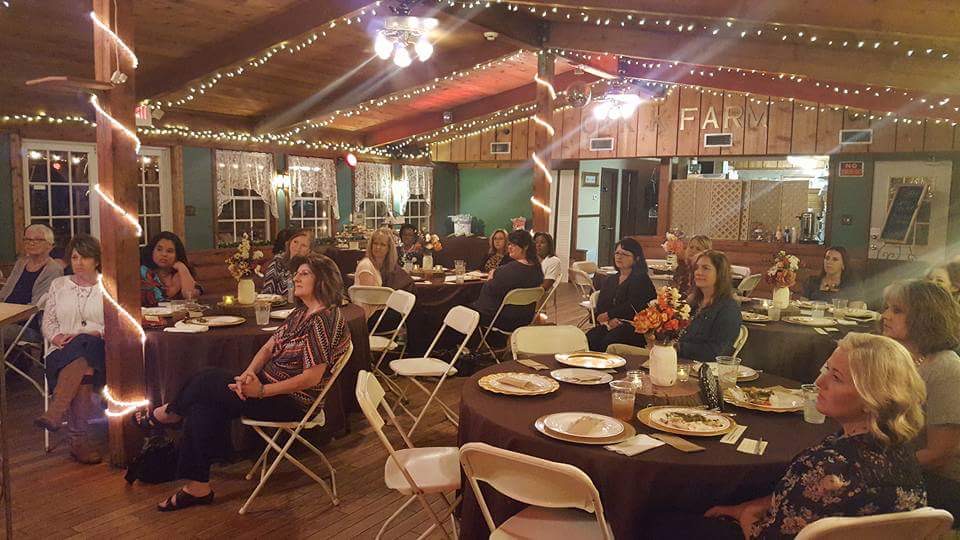 First Baptist Church of Imperial Lakes is reaching into the lives of women within the church and in the community through their Women’s Missions and Ministry. Jeanine Johnson leads WMM at Imperial Lakes and this year the ministry has focused on fighting human trafficking in their community.

“Every year we try to have a theme to plan around,” said Cindy Bradley, Women’s Missions and Ministry/Mission Education catalyst for the Florida Baptist Convention. “For the last couple of years it has been human trafficking.”

Johnson admits that she has lived a sheltered life so it was hard for her to comprehend that human trafficking was so prevalent in her region.

“Cindy was instrumental in opening my eyes to the issue of human trafficking and helping me make other women aware as well,” she said.

After attending informational events and learning some of the ways that trafficking is disguised she decided to bring awareness to women in her church and her community through events she calls mini-banquets.

“I didn’t know that there really are modern day brothels and there is such a large network of people moving the young women around keeping them trapped and drugged so it’s really hard to fight this,” said Johnson.

At the mini-banquets the women get to fellowship, share a meal and hear from other women in ministry. “There are usually three speakers who share a study about women in the Bible,” said Johnson, “and we also introduce the story of missionaries we are supporting.” They also have had the opportunity to learn from women who have worked directly with victims of human trafficking.

“The goal is to be more involved, less sheltered,” she said. “This is an issue that has captured my heart and I’m aware that it is so much bigger than me so I’m working to find ways to help the women learn more and also be more involved in helping the victims.”

The women work together through the year building care packages for less fortunate women in their community and fundraising to support missionaries through crafts. At the church there are care packages on hand for the homeless women and their families who often come by looking for help. These packages include personal hygiene items, but the church also has a pantry on site to help the women and their families plan a meal or save on their next grocery bill. In a year, said Johnson, the church is visited by eight to 12 women–with their children—who are in need.

“We also bring these gift baskets to the firehouse so that firemen can give them to a woman in need and help her get through a rough time,” Johnson added.

Periodically the women sell crafts they’ve made at craft bazaars. “We let the people know that their purchase is supporting a missionary as well as the Florida Baptist Children’s Homes.”

The care packages, said Johnson, are a way for the women at Imperial Lakes to “reach out and share the Gospel.”

Wiggins to be nominated to Florida Baptist State Convention officers