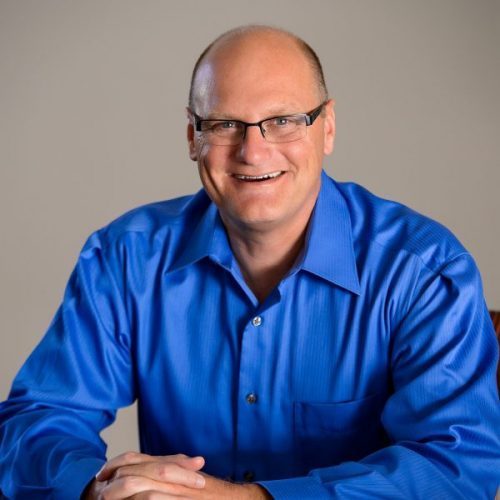 The annual meeting will be held at Calvary Baptist Church where Rice serves as senior pastor.

The preacher of the Convention Sermon is selected each year by the Committee on Order of Business. FBSC bylaws stipulate the Florida Baptist pastor must serve in a cooperating Florida Baptist church in the state for seven years; and must have a pastoral ministry that reflects effective leadership in outreach, Cooperative Program support and cooperation.

The Calvary pastor has served the 5,000-member Clearwater church since 2004, returning to the congregation he considers as his home church. Rice spent his high school years at Calvary, where he was called, licensed and ordained to preach under the leadership of William (Bill) Anderson, who pastored there for 27 years.

As the Convention Preacher, Rice is following in his mentor’s footsteps. Anderson preached the Convention Sermon in 1981 in Orlando. It’s a memory still fresh in Rice’s mind.

“I attended my first Florida Baptist Convention as a college freshman,” recalled Rice. “I sat on the platform representing the youth speaker’s tournament from those days while my pastor, Dr. Bill Anderson, pastor of Calvary Baptist Church, where I now serve as pastor, presented the convention sermon. I thought it was one of the greatest messages I had ever heard and I remember it still,” he said.

“So many great preachers have stood to challenge our convention with God’s word for the moment and I have personally been blessed by many of them. It is a great honor to bear that responsibility this year and to do so as Calvary hosts this year’s meeting,” Rice continued.

“We serve a God who speaks. He speaks through His perfect Word and His imperfect servants who proclaim it. I look forward to our time together and humbling ourselves before God to hear His Word.”

Prior to returning to Calvary, Rice served as pastor of the Hillcrest Baptist Church in Pensacola, for seven years. During that time the church experienced great growth and more than doubled in size. The church built a new 2,000 seat worship center in 2002.

He is a graduate of Samford University in Birmingham, Ala., and New Orleans Baptist Theological Seminary, where he earned a Master of Divinity degree in 1990 and a Doctor of Ministry degree in1996.

Rice is married to the former Cheryl Baker, whom he met at Calvary while in high school. They have three grown children.