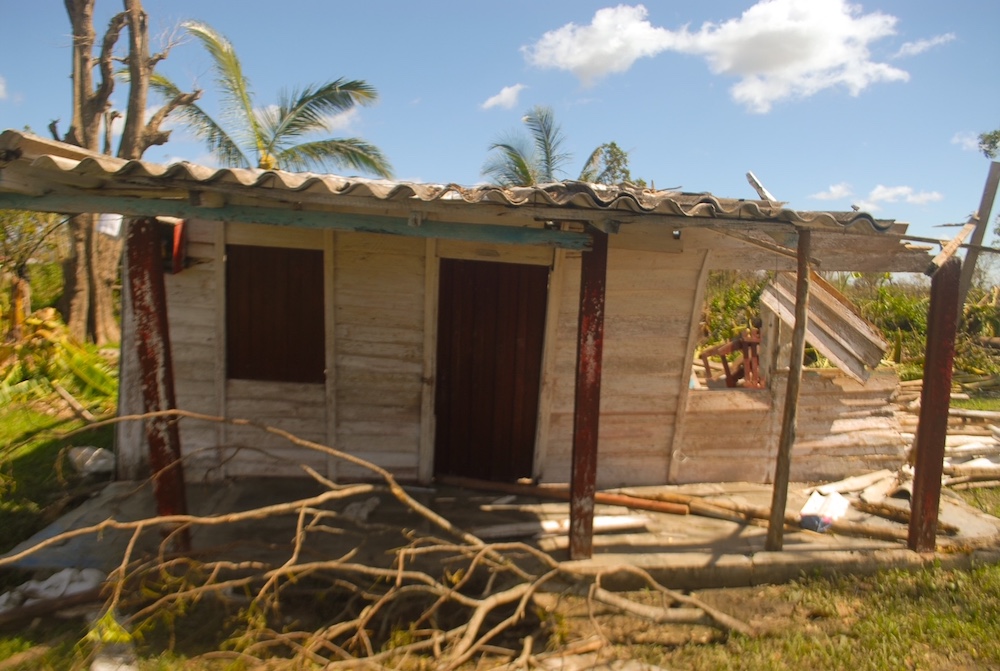 WESTERN CUBA–Devastation as far as the eye could see.

Homes were splintered into piles of rubble. Churches, many meeting in homes, didn’t escape Ian’s wrath, with roofs ripped off their buildings and precious resources soaked.

Two weeks since Hurricane Ian’s assault on the island, residents are still recovering from the storm’s fury, and Western Cuba Baptist Convention’s disaster relief team, along with Send Relief, Florida Baptists, and other partners, are responding to the devastation left behind, said Kurt Urbanek, International Mission Board strategy leader for Cuba.

“Western Cuba Baptists are sending shipments of rice, beans, soup and clothes to the impacted areas in the Pinar del Rio province. They have three distribution centers and are working with all the churches, missions and people in the community, and they are also awaiting additional food shipments to help with relief efforts,” Urbanek said.

Because power has been down, Western Cuba Baptist leaders, working with Baptist congregations in hard-hit communities, have set up four electric generators for community residents to use and are also providing water filters to give residents access to safe drinking water.

Volunteers from Baptist churches in Havana, Cuba, which escaped Hurricane Ian’s damaging winds and flooding, are also joining in relief efforts, helping clear debris off roads, delivering supplies, praying and doing whatever it takes to help those in need.

“Disasters are always a ministry opportunity. Lack of power, lack of food—those are needs we are trying to meet,” said David Gonzalez, vice president of the Western Cuba Baptist Convention.

Such recovery efforts, Gonzalez believes, help residents see the “relevance” of the church.

“The fact that the church is able to help out the people and truly share the love of Christ to those who lost everything creates opportunities for the gospel and opens people’s hearts to listen to the message of salvation,” he said.

Amid such heartbreak, the church can thrive, believes Myles Dowdy, Florida Baptists’ lead catalyst for missions and ministries.

“One truth about the God we serve,” he said, “is how He makes good things come out of bad circumstances as we give those circumstances to Him. We see testimony of God’s faithfulness, goodness and power during difficult experiences.”

Throughout their history, Cuban Baptists have experienced difficulties time and time again. One Baptist leader, Dowdy said, who has lived through many tough days, remarked, “If the hard times help the gospel to be spread, then bring on the hard times.”

Grateful for the recovery response already underway in western Cuba, Urbanek knows that relief efforts will be ongoing. He urged prayer for those leading relief efforts and specifically for: