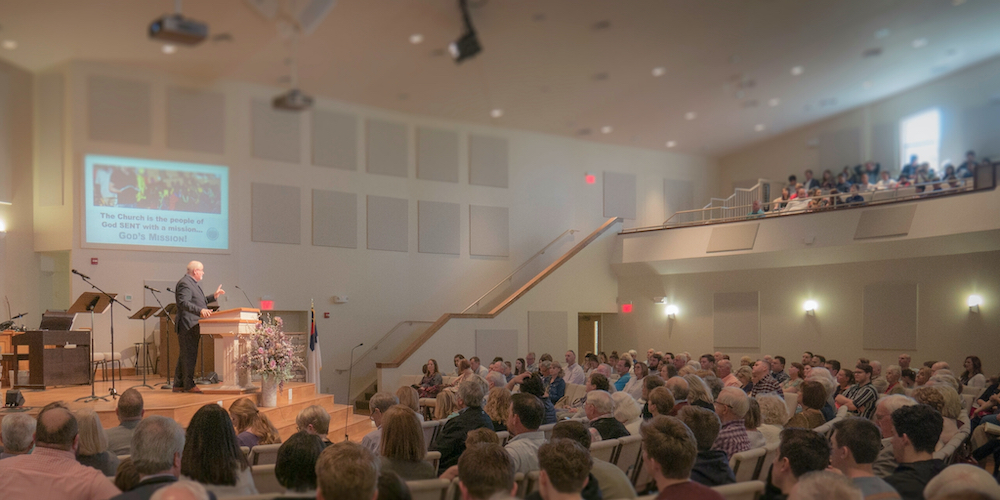 SANTA ROSA BEACH–In the late 1930s, Ida Dalton bought a piece of land and dreamed of the day a church would be built on it. But though she never saw her dream come to fruition in her lifetime, God wasn’t done yet.

Decades later, on Dalton’s 3.6-acre plot of land, a church would rise as a testimony of God’s providence to the affluent coastal communities lining Walton County’s 30A Highway between Panama City and Destin.

In its embryonic stage, prayer meetings began in 1993 in a fire station with 25 in attendance, including members from both sponsoring churches. After a while, they realized the meeting place was insufficient.

Seagrove member June Pender recalled, “They said ‘we can’t keep meeting in this fire station because these men live here.’”

But knowing a meeting place would be prohibitive because “everything is so expensive here,” she said the group didn’t know what they could do.

Faced by the challenge, the Penders generously offered to host services in their home. Twelve cars made their way to her house that first Wednesday evening. Worship services were held in their garage, while other rooms served as classrooms for small groups.

With God’s blessings, the core group began to grow. 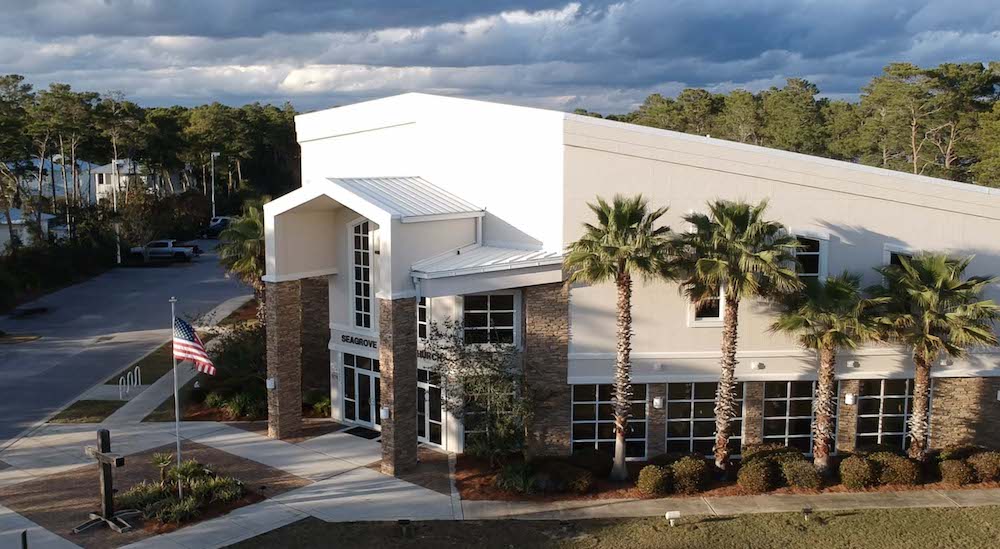 Two years later, on Dalton’s original piece of land, a church building was constructed to hold 125 people. By 2010, the church had expanded, and a 400-seat sanctuary was dedicated.

Earlier this month, Seagrove Baptist Church celebrated its 25th anniversary with a special celebration service and lunch on the grounds, where they remembered everything God has done.

“The day was a joyful event with over 300 present,” said pastor Gary Wiggins.

Florida Baptist regional catalyst Lewis Miller brought an encouraging message and an inspiring charge. “Thinking about today and the celebration of 25 years provides a time to celebrate,” he said. “And we can celebrate all that God has done in our past, but it’s also a time to look forward and to the future and to ask God, ‘What do you have for our future?’”

Over the years, one challenge Seagrove Baptist has faced was reaching younger generations along the prosperous beachside neighborhoods.

Member Tommy Bowden, who served as the emcee for the anniversary celebration, explained, “if you look at the church geographically, it’s not the most ideal location. You’ve got water on one side and the state park north of us. Land to the east and land to the west is pretty expensive. 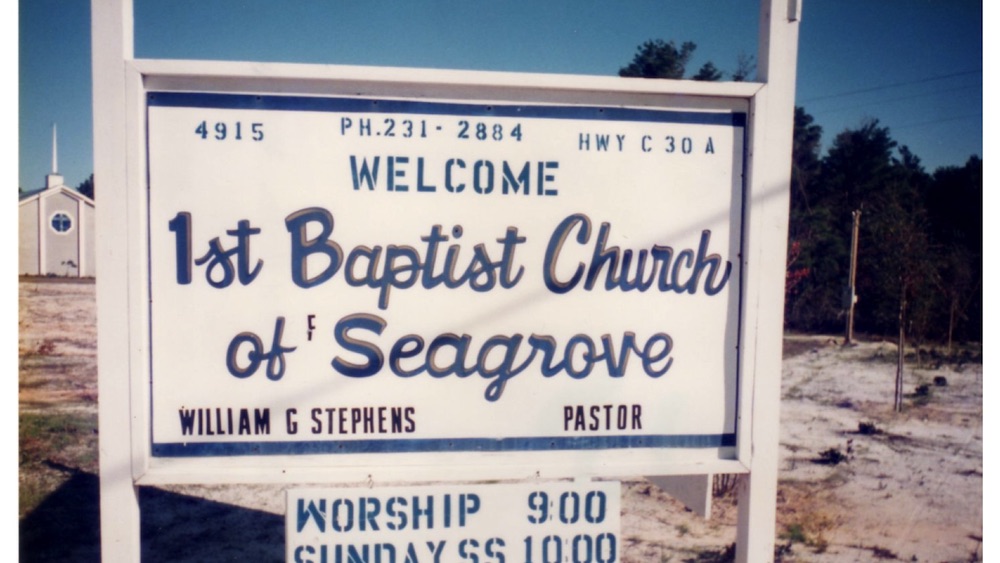 “Usually for anyone to be able to afford it, they’re pretty on-up-there in age,” said the former college football coach. “For this church to grow like this, with this amount of young people, is really a miracle.’

Knowing the challenges that the church’s location poses, it truly is providential how three young couples found their church home at Seagrove Baptist.

It began when Cody Barron moved to Destin for work, where he met his wife Liz. During complications with Liz’s pregnancy, the Barrons came to faith in Christ.

When the couple began attending Seagrove Baptist, Wiggins invested in their lives, building a relationship during lunches and at other times.

The young couple invited Cody’s best friend, Jared Rogers, and his wife Alyssa to come to church with them. Then, they invited Jared’s brother Josh, and his wife Ashley to attend.

Through the Barrons’ boldness to share their faith, all of the young adults have come to faith in Christ. Two of the couples have been baptized by the pastor, and Alyssa Rogers will be baptized in the coming weeks.

Knowing that God had led their path from the time Ida Dalton purchased that first piece of land, the Seagrove congregation looks forward to what He has in store for the future.

As founding member Jim Bishop, explained, “Our biggest supporter was our God. He saw the need and stepped up. We’ve come a long way.”

GuideStone will cover in-network, inpatient hospital care for COVID-19 treatment at no cost for claims through May 31