JACKSONVILLE—Burdened to reach his fellow Vietnamese people for Christ, Quang Nguyen has developed “Nails for Eternity,” a method for sharing the gospel specifically with nail salon employees.

“Many American women go to nail salons,” said Nguyen, pastor of the Vietnamese congregation of Jacksonville’s First Baptist Church. “This is a great opportunity to train Christian women to share the gospel with the nail techs they see every few weeks.”

The Jacksonville area is home to about 300 nail salons, the pastor said. An estimated 92 percent are owned and staffed by persons originally from Vietnam. 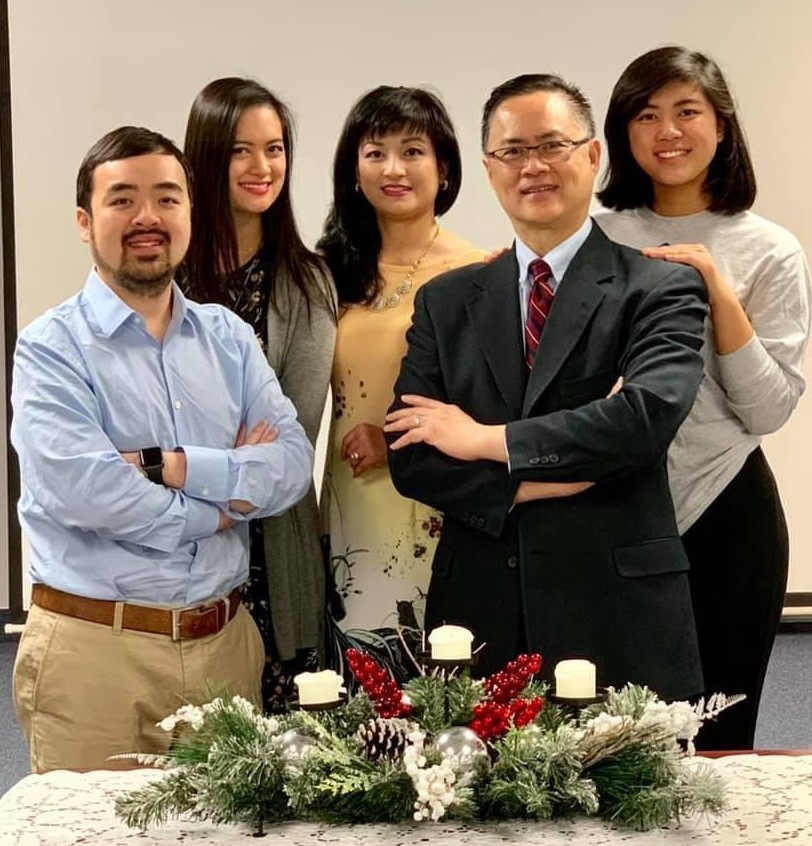 Nguyen was born in Saigon and came to the United States in 1975 when he was sponsored by an American family in Pennsylvania.

“They took me and my family to church where the people were kind to us as refugees, but we did not understand English. We went with them to church to be nice,” said the former Buddhist.

Five years later they relocated to Lancaster where they discovered a Vietnamese church. Seeking the fellowship of folks from their home country, they attended the church and heard the gospel for the first time in their native language.

“Then we understood why Christians were kind to us, because they love Jesus,” said Nguyen. Soon his family became believers in Christ.

Believing God was calling him to be a pastor, Nguyen attended and graduated in 1987 from Nyack College, a Christian school in New York City. The next year he and his family moved to Jacksonville to lead a group of Vietnamese meeting for Bible study. The group eventually grew to become a church, now called the Vietnamese Christian Church.

After leading the church for 17 years, the pastor felt led to a new ministry.  When a friend invited him to visit the international ministry at First Baptist Church in Jacksonville, he became a member in 2006.

Soon he started a new church, Vietnamese First Baptist Church, a ministry of First Jacksonville, where he now serves as a full-time staff member.

“Nails for eternity” trains Christians in an evangelism process of sharing Bible verses in English and Vietnamese with their nail salon tech.

“First you must have a caring heart,” said Nguyen, “pray for your nail tech, for their hearts to be soft and until God tells you to share.”

Also, get to know them, learn about their family, become a caring friend. When it’s time to share the word of God, don’t say too much but sow the seed, which includes sharing Bible verses in both languages. Later invite them to special events at church.

“If your nail tech wants to believe in Jesus, they will share with their spouse,” said Nguyen. “If you reach one person, you will reach their family, even family back in Vietnam.”

Nguyen is appreciative that two years ago he met Craig Culbreth, catalyst for the Florida Baptist Convention’s east region. Nguyen shared his evangelism idea with Culbreth, and they began praying about how to train others in this method.

Training sessions will begin in February for those who have a heart for missions and want to share the gospel.

“We want to help train the American church to become missionaries to the unchurched, unsaved Vietnamese in their community,” said the pastor. “You are successful if you sow the seed of the gospel because God’s Word does not return void.”