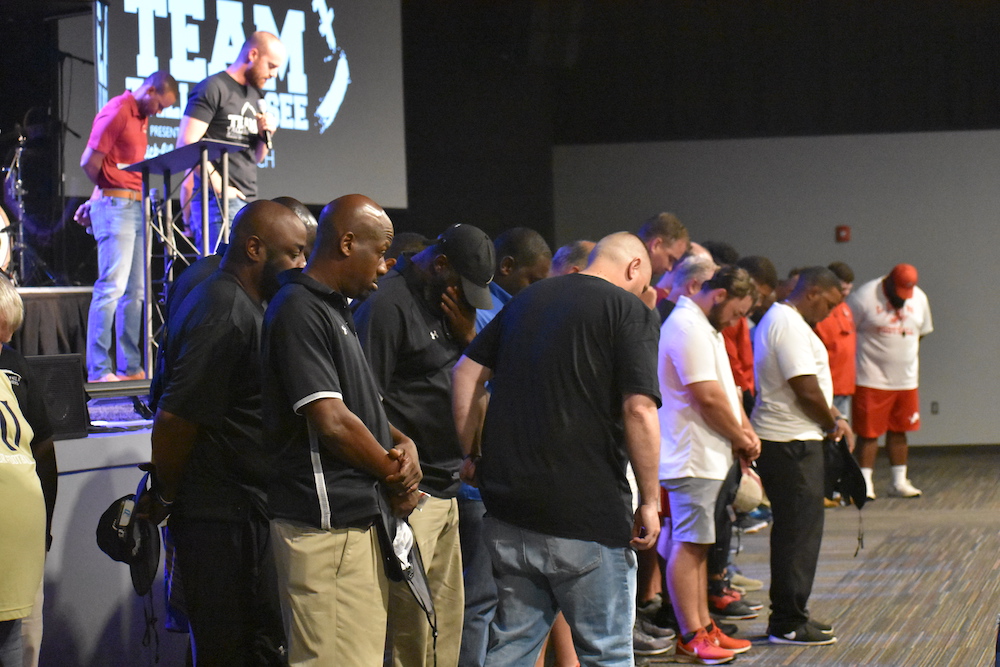 TALLAHASSEE, FL–What started as a service project at one local high school has now expanded to include more schools as well as an annual dinner event that celebrates the positive role sports play in the community.

This year’s event held Aug. 5, brought varsity football players and their coaches from 10 area high schools to the church for a evening that offered a meal, an inspirational speaker, prayer time and gifts for coaches.

“We say at City Church that we want to be ‘for the gospel and for the city,’” said Hunter Leavine, college director at City Church. “One of the ways we can be ‘for the city’ is by supporting the school system. We see Team Tallahassee as a little way to do something to encourage the coaches.” 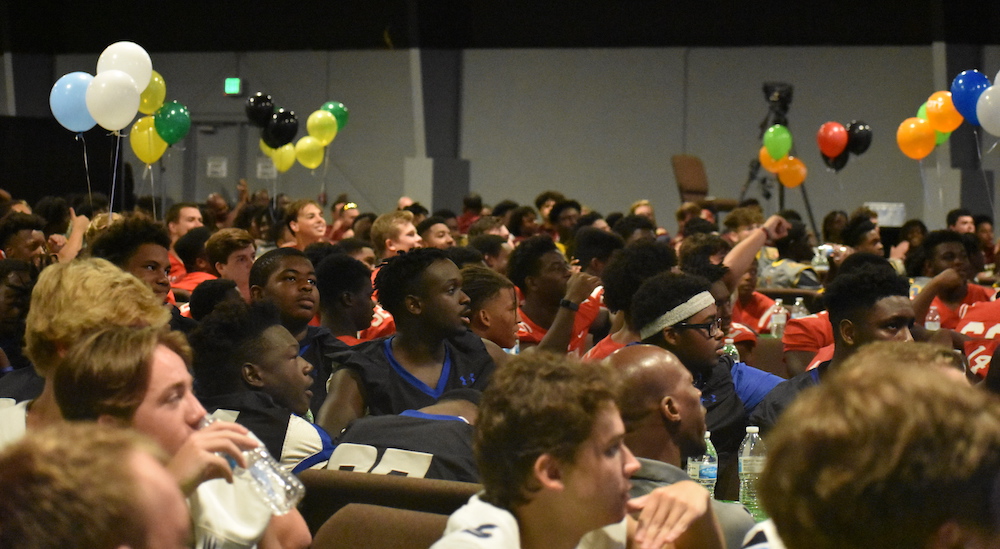 Leavine, who played high school football in Tallahassee, described the event as somewhere between a banquet and a pep rally with players wearing their football jerseys and the room decorated in various team colors.

This year’s gathering was co-sponsored by Chick-fil-A and featured Christian speaker Peter Boulware, a former linebacker for the Baltimore Ravens who played football for Florida State University.

“Peter is not only well respected in the Tallahassee community but also the football community,” said Zach Meredith, youth director at City Church, who spearheaded the event. “Most importantly he is a Christian living on mission in Tallahassee and loves to use his platform to share Jesus with others,” he added.

“The reality is that we get to host 450 high school guys in our church, regardless of their beliefs, and they know that they’re in a place where people care about them, love them and want to serve them,” Meredith said. 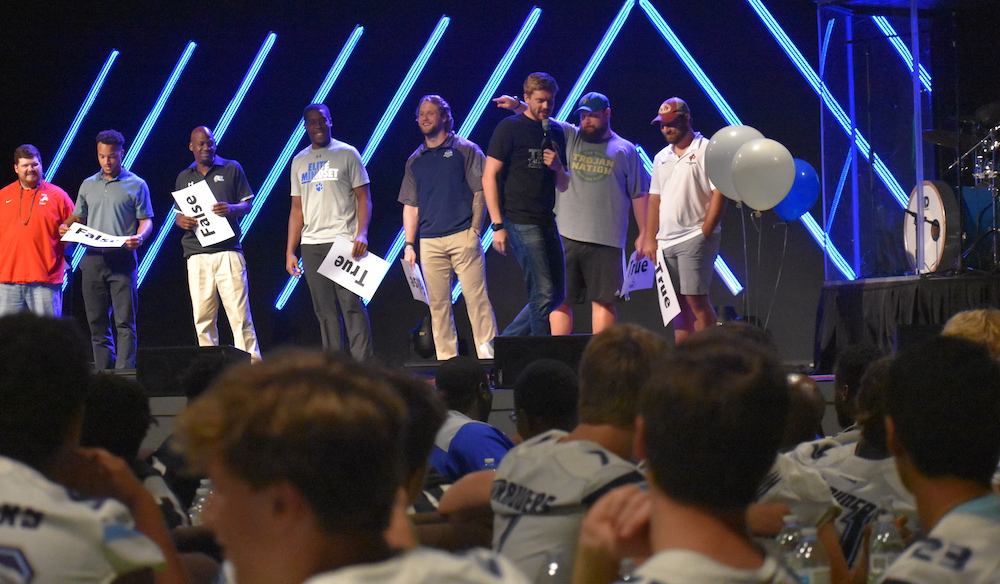 “We are able to use this as an opportunity to share the good news of the gospel with them and let them know that City Church cares about the community.”

Involvement in the local school is woven in City Church’s DNA, which started as a church plant meeting in the auditorium at Tallahassee’s Godby High School. Looking for ways to help serve the school, City Church began volunteering in the concession stand during football games.

“The moms who should be in the stands rooting for their kids were having to work the concession stands,” Leavine said. So the congregation offered to staff the refreshment booth.

“From that we built a relationship with Godby High School and began to see the need for serving the city in high school sports,” he added.

But Team Tallahassee is more than a annual event. It’s an ongoing effort by City Church to serve the schools in its community. They do this by working concessions at other high schools and chain crews during football games across the city.

“It’s not uncommon for a church to hold an event that they want people to attend,” Leavine said. “It’s less common for churches to go places and say how can we serve you. That’s where it started for us.”