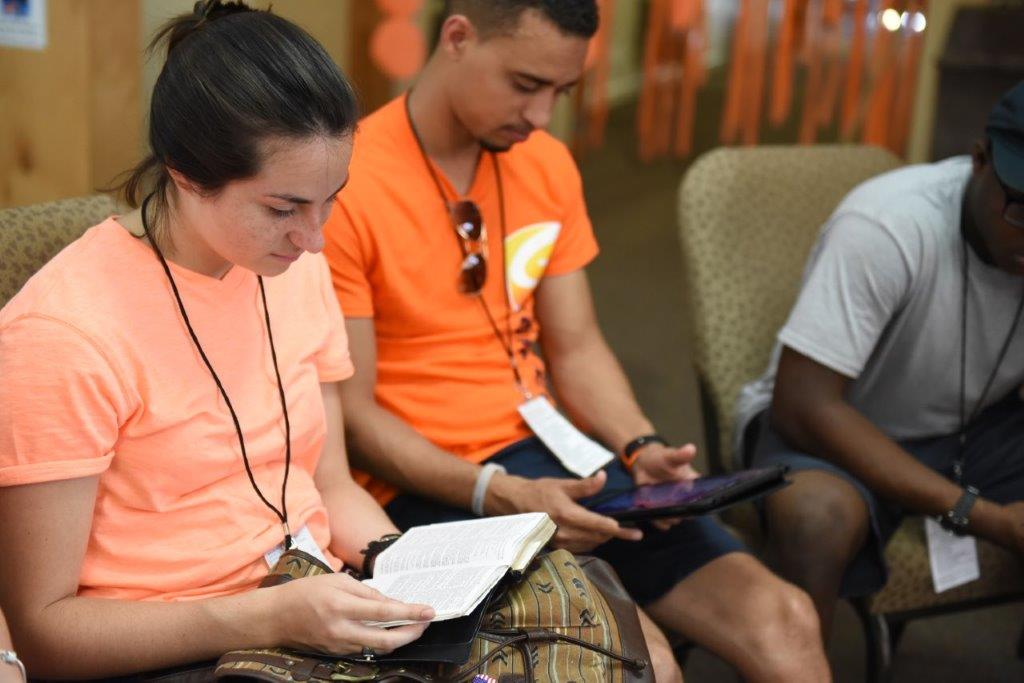 Student Pastor Heath Woolman took 60 youth to Super Summer ’16 and found the camp to be the unifying catalyst the group needed.

“Our youth group has had a fragmented history,” said Woolman, student pastor at First Baptist Church of Kissimmee. “This week created such a unity among the students that they left as a group. God softened the hearts of many hardened young people and gave us a great start to the new school year.”

David Hall, student and worship pastor at Morriston Baptist Church, also felt Super Summer helped the 22 students who attended grow closer. “This is a camp I know I can trust,” he said. “I have seen a lot of group unity and definite spiritual growth.”

One student in particular, Hall said “had a heavy burden and I was able to provide some spiritual counseling at the altar. It’s been good.”

Super Summer is a Florida Baptist Convention-sponsored camp for students who have completed sixth through twelfth grades. Held at Lake Yale Baptist Conference Center, the camp is funded in part by Florida Baptist gifts through the Cooperative Program.

Billy Young, next generation ministry catalyst with the Florida Baptist Convention who serves as camp director, said this year’s camp was designed to highlight the local church in the lives of the students.

“We want to champion the local church. Part of the strategy to accomplish this was to encourage spiritual decisions to be made within church groups who met together after worship.”

The theme of Super Summer 16 was “Unashamed” based on Romans 1:16. Both through Bible studies and evening worship, students were challenged to know the gospel, embrace the gospel, live the gospel and share the gospel.

At the end of the two weeks, 124 decisions were made for Christ, including 33 first time professions of faith, according to reports from youth pastors The teens also collected $3,200 in an offering for the Florida Baptist Children’s Homes Orphan’s Heart ministry.

Along with the spiritual elements of the camp, students participate in a variety of fun activities including recreation and competition between grades. The week was filled with paintball, high ropes, low ropes, rock climbing wall, bubble soccer, lakeside activities, a super-sized slip-n-slide and creative arts.

Hall has brought students to Super Summer for five years. “The students always have a good time. We always look forward to this week to recharge and focus.”

Students from Northside Baptist Church in Miami attended Super Summer for this first time this year. Twelfth grader Asael Rodriguez said the week long-camp “opened my eyes to God in a different way.”  Jordon Valdes said, “I learned that my priorities are to put Him first before everything else.”

High school teacher Kevin Long, who also serves as youth pastor at First Baptist Church of Mulberry has brought youth to Super Summer for five years. “The kids see a roomful of 400 kids committed to their faith and say ‘I’m not the only one.’ The camp gives doctrinal, sound teaching. And the kids have a great time.”

Having served a church prior to the one in Mulberry,  Long said of the 14 students that attended Super Summer 11 accepted Christ and all were baptized.

Super Summer “is a shot in the arm,” Long said. “They are excited about being a Christian and ready to share the gospel and share their testimonies.”

“This is the highlight of our year.”