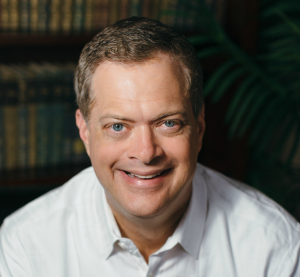 Members of the church voted after each of the three services and invited Rummage as their new senior pastor. He will be replacing Hance Dilbeck who served from 2003 until January 2018 when he was called as executive director of the Baptist General Convention of Oklahoma.

“Today, Michele and I joyfully accepted the invitation of Quail Springs Baptist in OKC to serve as their pastor, beginning March 3,” wrote Rummage on twitter Sunday night.

“Over the past months, God has worked to prepare our hearts for this transition,” Rummage wrote in a letter accompanying information about him and his wife Michele posted at the Oklahoma City church’s qsbc.org website. “We are convinced that Quail Springs is God’s chosen place for us to pursue the gifts and calling that God has placed on our lives for His glory.”

“Dr. Rummage is an incredible leader who greatly impacted the Florida Baptist Convention as President,” said Tommy Green, executive director treasurer of the Florida Baptist Convention. “His example as a faithful pastor at Bell Shoals Baptist Church has inspired and encouraged others, as is evident in hosting a Sharper! Conference. I had the privilege of being a fellow pastor in Brandon and working together in Convention matters with Stephen. He will be missed in Florida, but we pray for Stephen and Michelle in this calling.”

“We know that God has great plans for Bell Shoals’ future,” said Rummage in a statement released by the church. “And we will be praying for God to make clear the man He wants to lead this great church going forward.”

Under Rummage’s leadership, Bell Shoals Baptist Church added four campuses and baptized more than 2,200 people. He also has led Bell Shoals to deploy dozens of local, national, and international missions’ teams, and the church’s Disaster Relief efforts have extended from North Carolina to the Florida Keys and Puerto Rico.

Rummage served as president of the Florida Baptist State Convention in 2017 and 2018 as well as chairman of the SBC Executive Committee from 2016 until 2018. Currently, he is a member of the Executive Committee [EC] search committee seeking a successor to former EC President Frank Page, who left the position last year.

As senior pastor at Quail Springs Baptist, Rummage says that his “ministry will focus on teaching and preaching God’s Word to lead Quail Springs in reaching people near and far with the Gospel, developing disciples of Jesus Christ, and continuing to be a healthy, caring, and growing congregation.”

Executive Pastor Gary Payne, who has served at Bell Shoals for 25 years, will lead Bell Shoals’ staff during this transition, according to the church’s statement.

“I will miss Dr. Rummage’s preaching, leadership and friendship,” said Payne. “I also am looking forward to seeing who God brings to Bell Shoals. I am convinced that our best days are yet to come.”