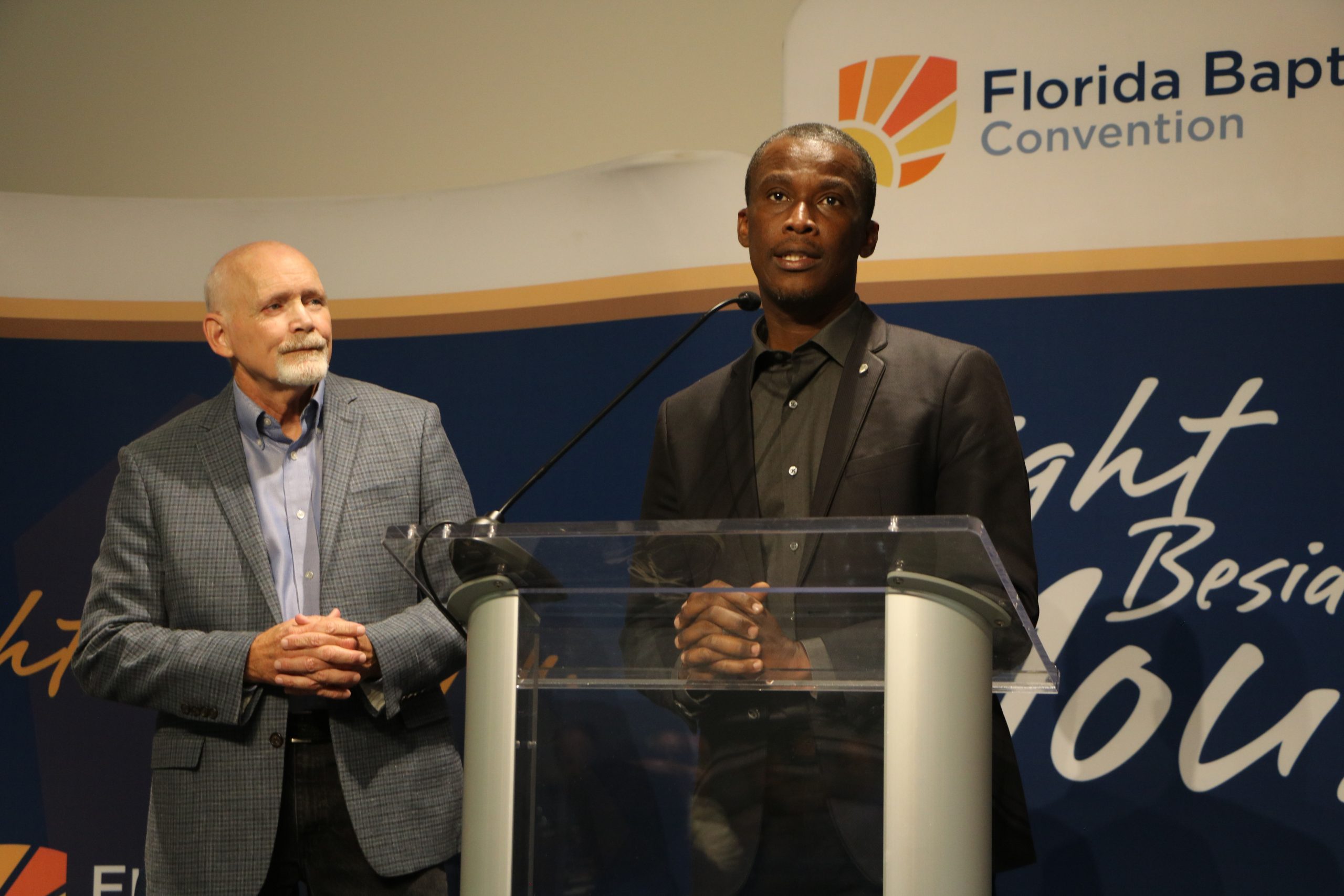 JACKSONVILLE–Florida Baptists’ planned responses to the Aug. 14 earthquake in Haiti and ongoing economic struggles in Cuba were detailed for the State Board of Missions during its Aug. 26-27 meeting at the Baptist Building in Jacksonville.

Florida Baptists have had long-term, on-going partnerships with churches in Haiti and Cuba since the mid-1990s.

The Board learned that the Florida Baptist Convention has begun the process of sending more than 1,200 tarps to pastors and churches in the affected area near Les Cayes, Haiti, where the magnitude 7.2 quake struck multiple cities. Already reeling from the earthquake when as many as 2,200 Haitians lost their lives, on Aug. 17 the nation received another devastating blow as Tropical Storm Grace slammed into the island. The tarps will be used to repair and cover houses and churches ravaged by the disasters.

The Convention will work in partnership with the 350 churches in the Florida State Haitian Fellowship, 2,000 churches affiliated with the Confraternité Missionnaire Baptiste d’Haïti (CMBH) and Send Relief International in providing a response to the Haitian Baptists. Other partners in the response include Missionary Flight International in Fort Pierce and Food for the Poor.

Working through the CMBH pastors, shipping containers with more than 200,000 meals and water are expected to be shipped to the affected area. Additional items will be collected across the state to be sent to the Caribbean nation, said John Voltaire, Florida Baptists’ Haitian church catalyst. No disaster relief teams are being sent to the troubled nation due to existing dangerous conditions. 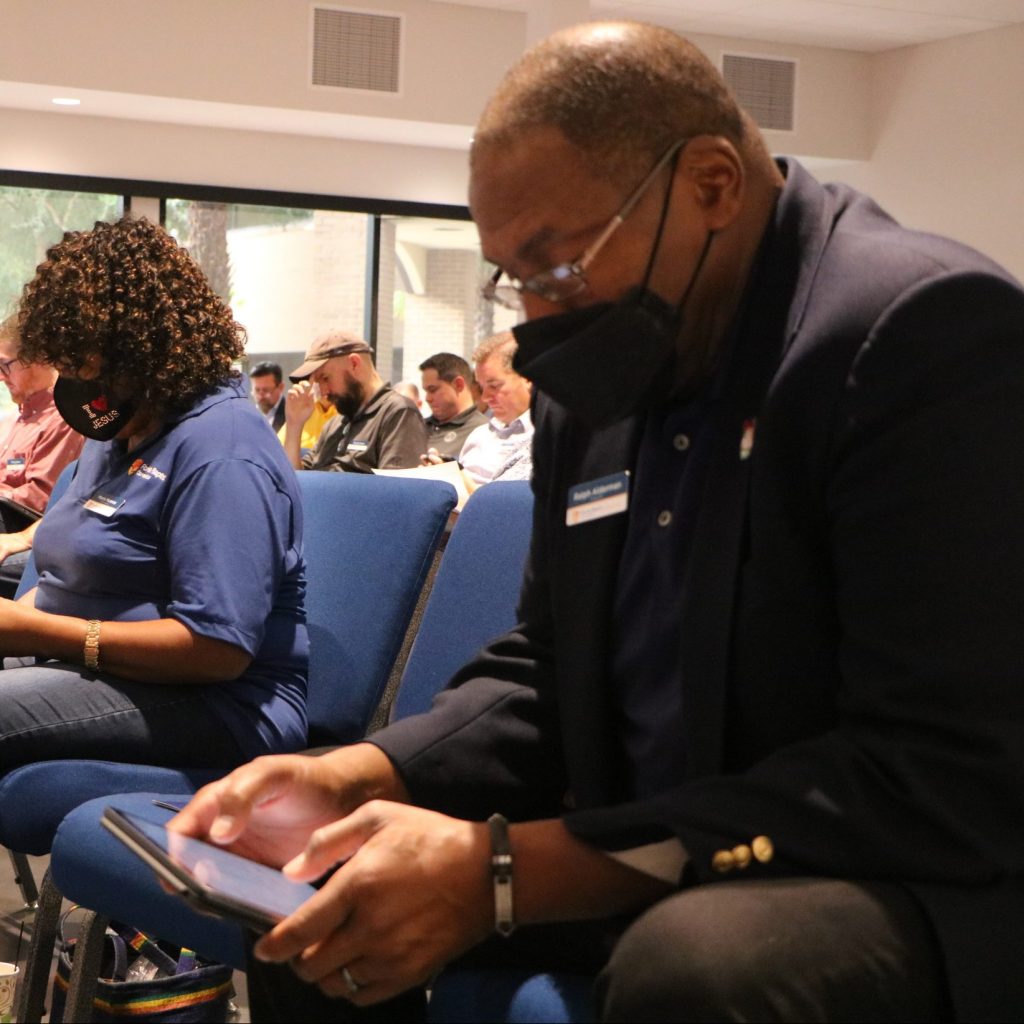 Also, in response to the critical needs in Haiti, the Convention provided financial gifts to 186 pastors in the damaged region. These gifts were deposited directly into the pastor’s accounts for immediate assistance for their family and church. The Haitian Fellowship are critical partners in ensuring these funds are received immediately by the pastors who have been directly affected by the latest devastation.

Working in cooperation with the Western Cuba Baptist Convention, Florida Baptists will begin collecting and sending supplies and other necessities to WCBC churches. As the response ramps up, a list of the specific needs and collection locations will be issued to Florida Baptist churches in September, said Emanuel Roque, Florida Baptists’ Hispanic church catalyst.

Myles Dowdy, missions and ministries lead catalyst, stressed to the Board that the Convention’s response will be coordinated through established churches in the two nations, in the same manner as the Convention works with Florida Baptist churches.

He suggested churches wishing to become involved in the response make donations through the Florida Baptist Convention’s website at www.flbaptist.org/give.

During his report to the Board, an emotional Tommy Green, Florida Baptists’ executive director-treasurer, told how difficult the past year has been with the increase in deaths due to COVID-19. In recent months, several Florida Baptist pastors and staff have battled the virus and died, he said.

He shared how he watched his own father, who had always been his hero, grow weaker and weaker before taking his last breath as he lost his life from the disease. “This is why we do what we do,” he said. “People are one breath away from eternity.”

Yet despite the hardships of the past year, Florida Baptists have not strayed from their mission, Green said, noting many churches have experienced significant growth, salvations, and baptisms during the epidemic. It confirmed for him, he said “the greatest days of the Florida Baptist Convention are still ahead.”

Green reported that giving through the Cooperative Program is ahead of the anticipated 2021 budget, as year-to-date gifts from churches totaled $18,890,304, or $2,265,304 above the $28.5 million budget. Of that, $9,634.055—or an additional $1.1 million above budget—has been forwarded to the Cooperative Program, SBC, in keeping with the pledge Green made upon arrival at the Convention to send 51% of all receipts “in real time” to the Southern Baptist Convention.

The Board approved a proposed 2022 Cooperative Program Basic Budget of $29.15 million, representing a $650,000 increase from the 2021 budget, that continues to designate 51% of all receipts from Florida Baptist churches to the SBC Cooperative Program, while retaining 49% for ministries in the state.

The 2022 proposed budget includes no shared ministries or negotiated funding in the percentages being sent from Florida. The budget also increases funding sent to the SBC by $255,000 and church revitalization funds by $250,000, bringing those funds to $1,000,000. Receipts above the $29.15 million will continue the 51/49 CP percentage split. 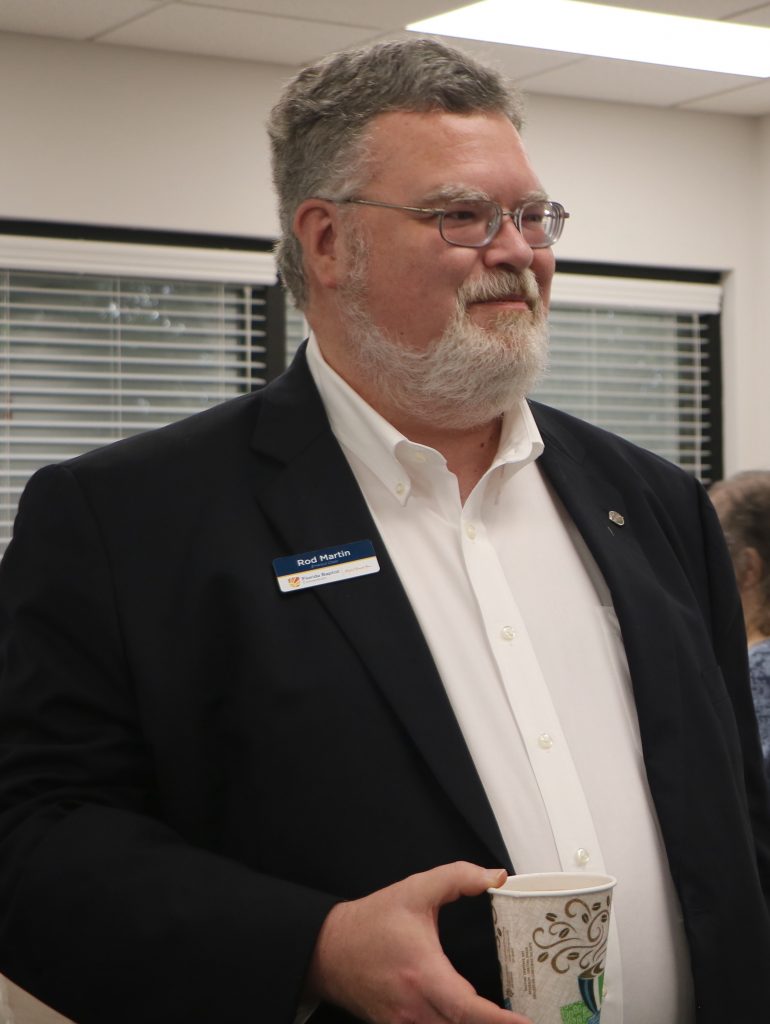 Although there were no staff compensation adjustments in 2021, the proposed budget contained a 3% cost-of-living increase for the Convention staff. However, during the meeting Board member Rod Martin of Destin offered a motion to increase staff salary compensation to 5%, noting that cost-of-living rate is 3.6% and is expected to increase as inflation rises. “Our staff does so much with so little,” he said. “They are worthy of a merit increase. We only did a cost of living.”

The Convention staff was asked to leave the room as the Board discussed Martin’s motion. It was approved.

Final approval for the budget will be considered by messengers to the Florida Baptist State Convention when they gather Nov. 8-9 in Lakeland.

Green encouraged Board members to make a financial commitment to the Maguire State Mission Offering that sends 100 percent to help launch church plants in the state. He shared that convention staff members were also urged to make gifts toward the statewide offering goal of $760,000.

During the Board’s Denominational Committee, chairman David Chauncey of Gainesville, shared that 56 churches received church planting and revitalization grants through the Cooperative Program and the Maguire State Mission Offering since April 2021.

Additionally, during the same time frame, Chauncey said that the Convention helped multiple pastors in need, including pastors impacted recently by COVID. He continued by reflecting, “I’m so grateful to be part of a giving convention that has compassion.”

In other business, the Board:

–learned that 13 churches have already received loans to purchase land and to make building and property improvements in 2021;

–heard that the 2020 audit of the Florida Baptist Convention Inc. by Batts, Morrison, Wales and Lee, PA of Orlando received an unmodified opinion of the financial statements in accordance with generally accepted accounting principles;

The next State Board of Missions meeting is scheduled for Nov. 8 in Lakeland.