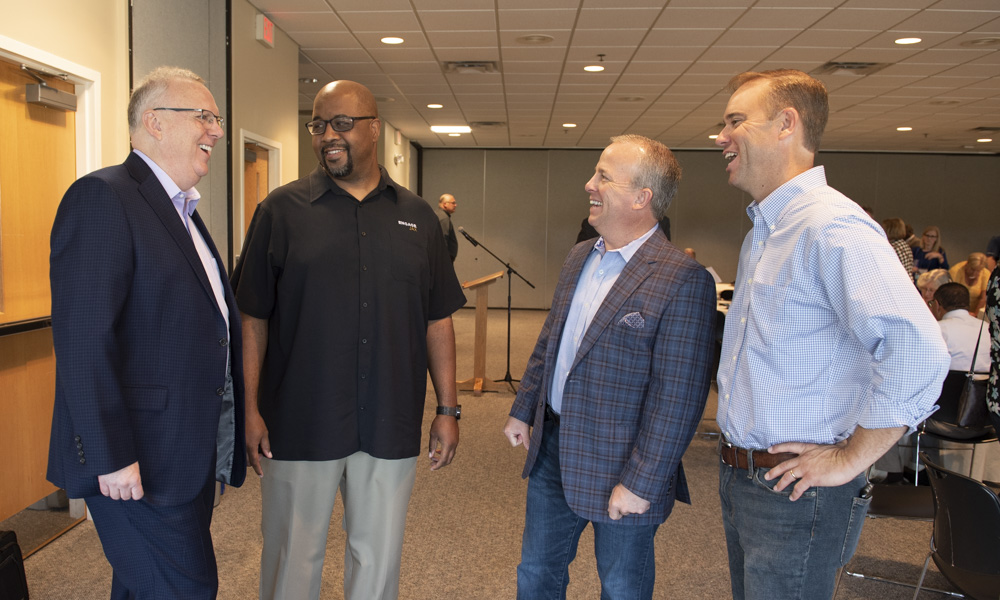 ORLANDO–The State Board of Missions elected a new Miami-area Baptist Campus Minister, tapped a new slate of officers and welcomed 58 new congregations and during the Nov. 11 meeting held in conjunction with the Florida Baptist State Convention at First Baptist Church in Orlando.

Andrew Fernandez of Miami was elected as Baptist Campus Ministry director for the Miami Area, filling a position left vacant with the resignation of Ricky Bailey in April 2019. Fernandez has served as interim director of the Miami’s BCM position since July.

In presenting him, Tommy Green, executive director-treasurer of the Florida Baptist Convention, said that as a Miami native and lifelong resident, Fernandez, 28, “understands the need for the gospel on the college campuses in Miami and the important role the local church must play in establishing viable collegiate ministries across the region.”

Fluent in English and Spanish, Fernandez previously served as a pastoral intern for the Christ Family Church in Miami from 2018 until the present time. Prior to that he worked in a variety of positions in the medical field.

Fernandez is currently pursuing the master of arts degree in Christian studies through the distance learning program at Southeastern Baptist Theological Seminary in Wake Forest and holds the bachelor of science degree from Florida International University in Miami.

He also serves as treasurer of the Greater Miami area’s Fellowship of Christian Athletes and has been involved in the organization since 2009.

The 58 new cooperating churches, planted between Sept. 1, 2018-Oct. 15, 2019, represent 17 associations within the state. Four of the congregations are church at large. The associations and number of church plants are: Gulf Stream, 14; Miami, 11; Tampa Bay, 4; Lake County, Marion, and North Central, 3 each; Brevard, Palm Beach, Ridge, Royal Palm and South Florida, 2 each; and Gadsden, Greater Orlando, Halifax, Jacksonville, New River and Okaloosa, 1 each.

The Board appointed two new members to serve on the Florida Baptist Historical Society: Arlene Vause, Sopchoppy, and Joel Briedenbaugh of Orlando.

An organizational meeting will be held following the convention meeting to welcome new board members for 2019-2020.