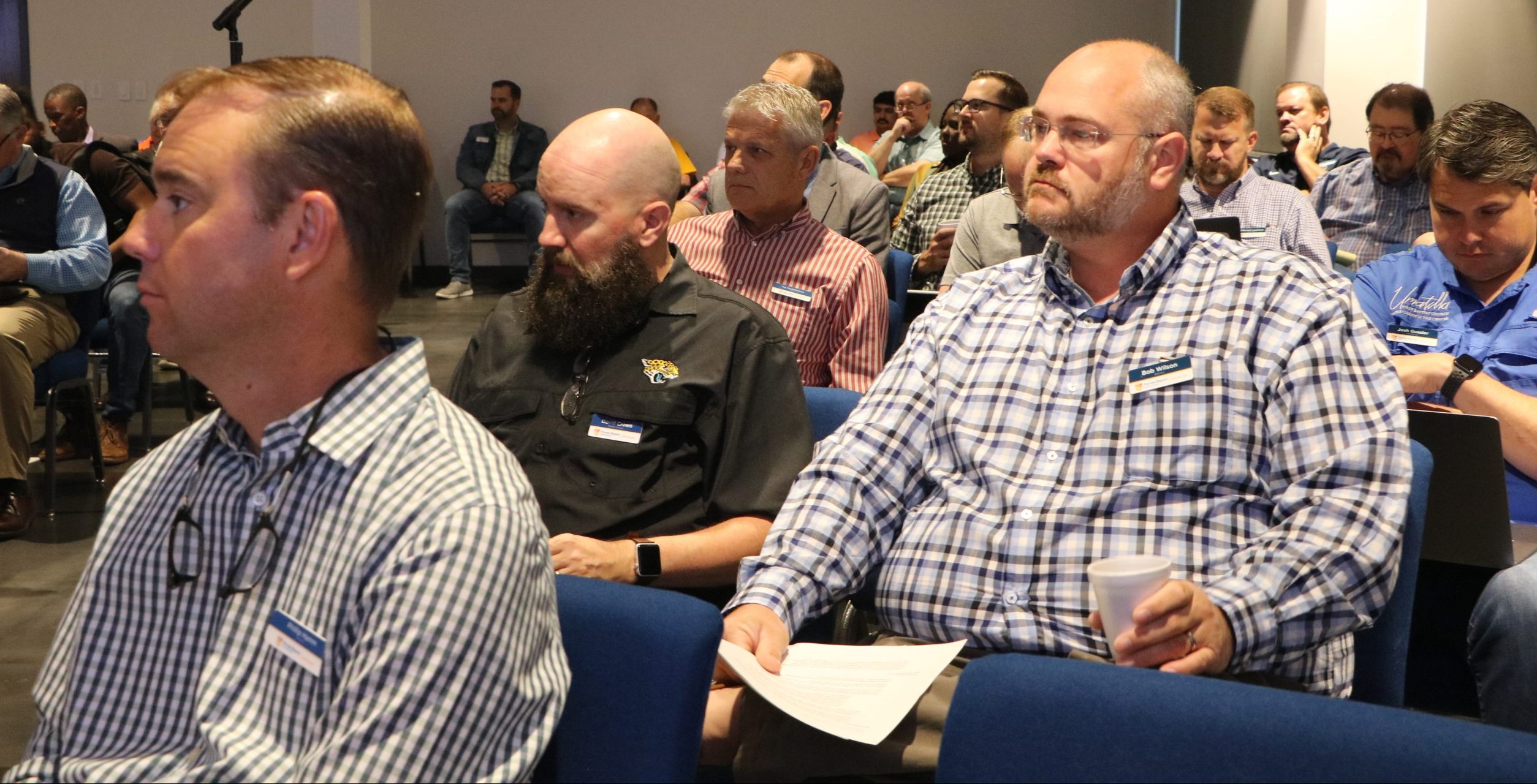 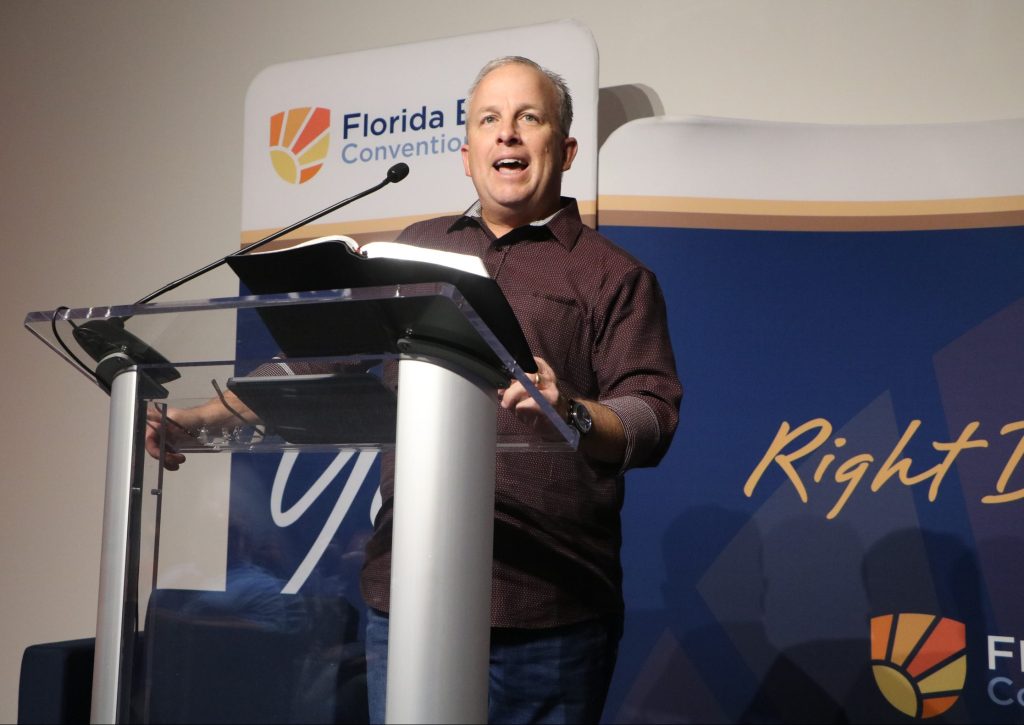 “It is amazing how God is working all across this state,” he concluded.

During the State Board of Missions meeting, celebration was the overriding theme, with Tommy Green, Florida Baptists’ executive director-treasurer, stating, “We are celebrating what God is allowing us to be a part of.”

Florida Baptists’ financial report revealed that the convention received a total of $30,775,364 toward the 2021 Florida Baptist Convention Program Budget, exceeding the budget goal by $2,275,364, including a gift of $1,345,691 from the estate of dedicated Baptists, Richard and Marilyn Placzek, who at the time of their deaths were members of Fifth Avenue Baptist Church in St. Petersburg.

Board members approved a distribution of $975,000 from the net cash surplus as follows: $100,000 to the capital improvement fund; $250,000 to COVID emergency loan forgiveness; $75,000 to the Challenge 2025 gathering in 2023; $60,000 to Hispanic, Haitian and Black multicultural events; $300,000 to disaster relief church assistance fund; $40,000 to disaster relief equipment and $150,000 to associational ministry investment, with the remaining net cash surplus being maintained in the convention’s operating reserve accounts.

“The more God gives, the more we want to do,” Green said.

Additionally, Board members learned that the year-to-date total for Florida Baptist Cooperative Program budget receipts is $151,194 above projections.

The Board approved a distribution of $245,500 from the CP Endowment Fund, established in 2000 to create an income stream to supplement CP giving, to the convention’s 2022 CP budget.

Green said, “We are at the healthiest place financially right now in the history of the Florida Baptist Convention than we’ve ever been.” 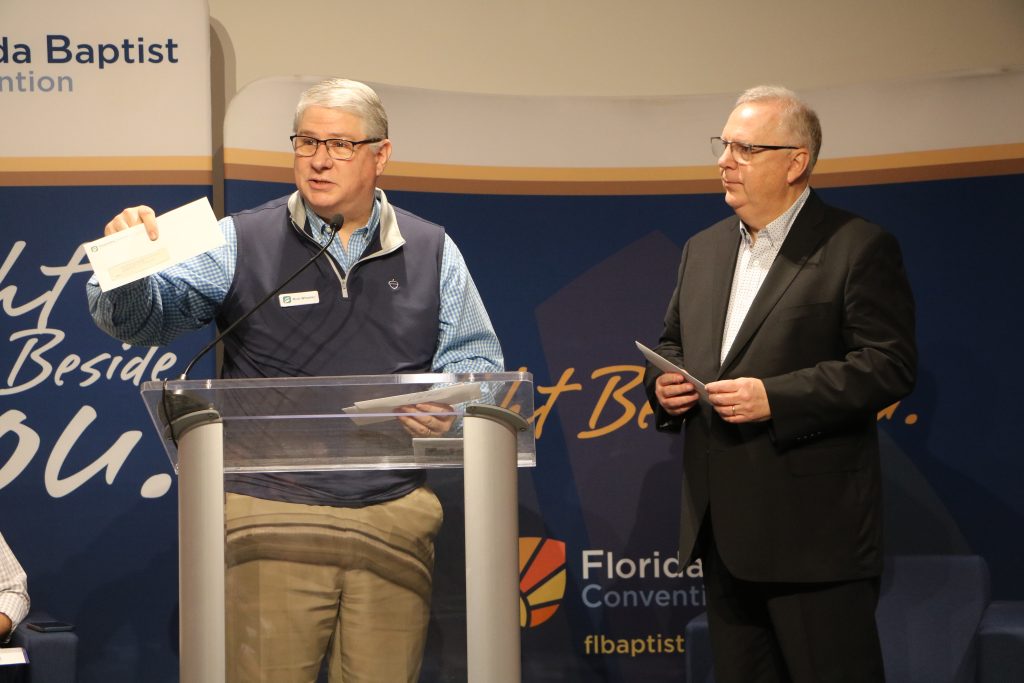 Wheeler also announced inaugural distributions from the Florida One Fund, providing a combined total of $438,160 in 2022 toward church planting, disaster relief, theological education, and foster and adoption ministry, with the FBSC matching theological education scholarship funds.

Wheeler stated that he wants the organization he leads to “be a pacesetter in generosity and stewardship.”

Green affirmed the growing partnership between the FBSC and FBFS, stating, “This is a demonstration of a new day in Florida Baptist life.”

After reporting that $637,113 was received for the 2021 Maguire State Mission Offering, the Board recommended a 2022 MSMO goal of $820,000, earmarked exclusively for the Florida Send Network. Florida Baptists are moving toward a Challenge 2025 goal of $1 million in 2025.

Board members granted provisional church-at-large status to New Visions Community Church of Lauderhill and Living Hope Church of Sarasota, with final approval to be given at the November 2022 FSBC Annual Meeting in Pensacola. 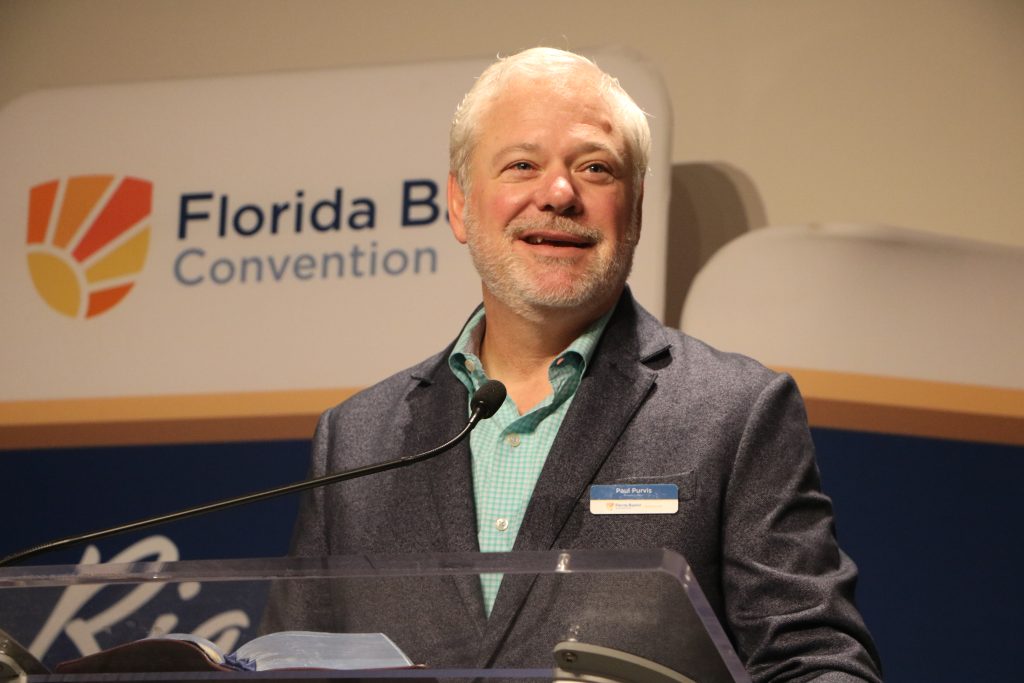 Purvis reported that the eight-person special committee tasked with examining policies and procedures governing sexual abuse allegation reporting, survivor care and prevention within the convention has contracted with a firm to conduct the policy review.

The Board approved a recommendation to revise convention employee personnel policies, allowing qualified Board-elected retirees access to participate in a Medicare supplemental healthcare insurance policy, with the convention providing financial contributions toward the cost of the premium.

The Board also approved a recommendation for the FBSC to withdraw fellowship from Freedom Church in Vero Beach after receiving confirmed information regarding the church’s recently called pastor, which disqualified him from serving. A report will be brought at the November 2022 FBSC Annual Meeting.

The Board learned that 145 churches from six regions received church planting and revitalization funding during the first two months of 2022, with a total of $2 million earmarked for this emphasis in 2022. A total of $18,605 was provided in financial assistance for 54 pastors January-February 2022.

New CP videos and promotion materials in English, French Creole and Spanish were highlighted during the meeting and are available for Florida Baptist churches to use. 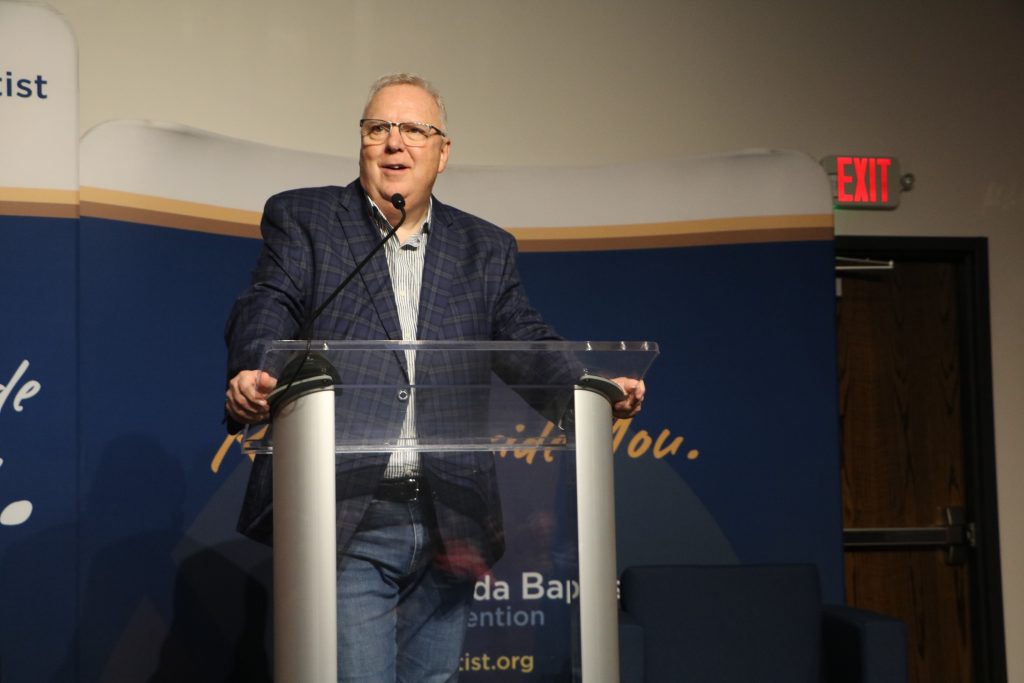 He said, “We are a blessed people. Our focus must align with the Great Commission and Great Commandment.

“I don’t know why God has given us so much, but I want to make sure that no one can look at this generation and say that we wasted it.”

The State Board of Missions will next meet Aug. 25-26 at the Baptist Building in Jacksonville.

Alligator, deer and dove draw people to Christ in Malone