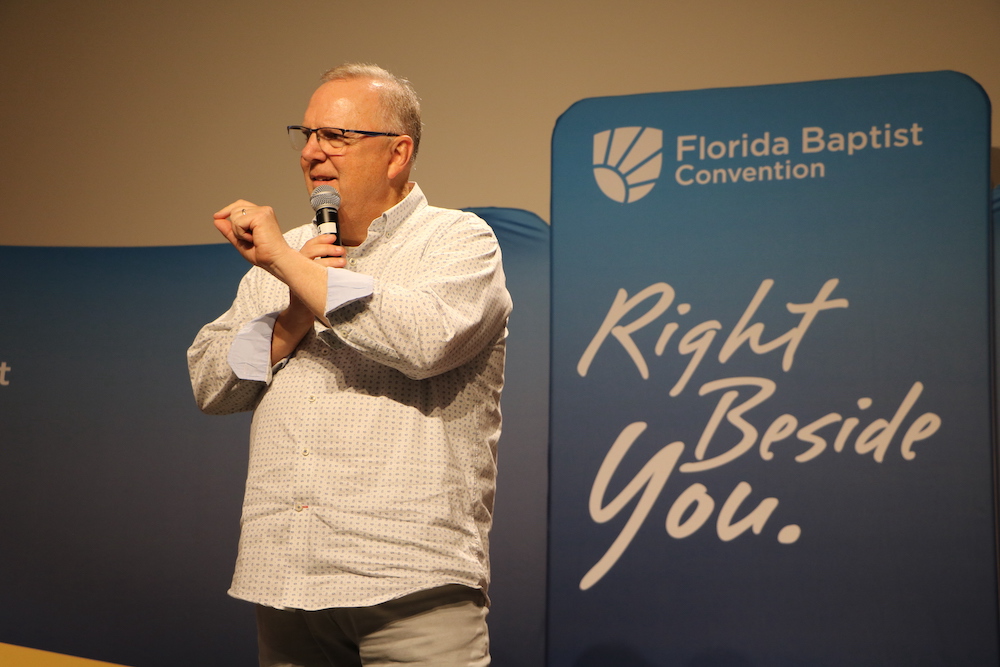 JACKSONVILLE–Declaring that God “is not finished with His Church and His people,” Tommy Green, Florida Baptists’ executive director-treasurer, challenged the State Board of Missions to “dream again” as they “risk everything for the glory of Jesus Christ.”

Focused on Psalm 126 as he spoke to Board members August 26 in Jacksonville, Green acknowledged that many believers, when they are distracted, discouraged or feel devalued, experience shattered dreams, shuttered dreams or shallow dreams.

“We’ve got to have dreamers if we’re going to make a dent in the state of Florida,” Green said.

Paul Purvis, Florida Baptist State Convention president, agreed, saying, “God is doing so much in Florida. We are blessed to be Florida Baptists. But it won’t stay like this automatically; there’s no coasting.” He urged Florida Baptists to focus on the kingdom of God in order to “make a difference for Jesus Christ in our corner of the world.” Purvis announced that For the Kingdom is the theme of the FBSC annual meeting, set for Nov. 14-15 at Olive Baptist Church in Pensacola.

During its Aug. 25-26 meeting at the Baptist Building in Jacksonville, the State Board of Missions, on the recommendation of its Finance Committee chaired by Ralph Alderman, approved a proposed 2023 Cooperative Program Basic Budget of $29.5 million, representing a $350,000 increase from the 2022 budget, that continues to designate 51% of all receipts from Florida Baptist churches to the SBC Cooperative Program, while retaining 49% for ministries in the state.

Final approval for the budget will be considered by messengers gathered at Olive Baptist Church in Pensacola in November.

Brian Stowe, president of the State Board of Missions, encouraged Board members and Convention staff members to make financial commitments to the Maguire State Mission Offering that sends 100% of all receipts to help launch church plants in the state. The statewide offering goal of $820,000 is earmarked to help reach the 15.8 million Florida residents who do not have a saving relationship with Jesus Christ. 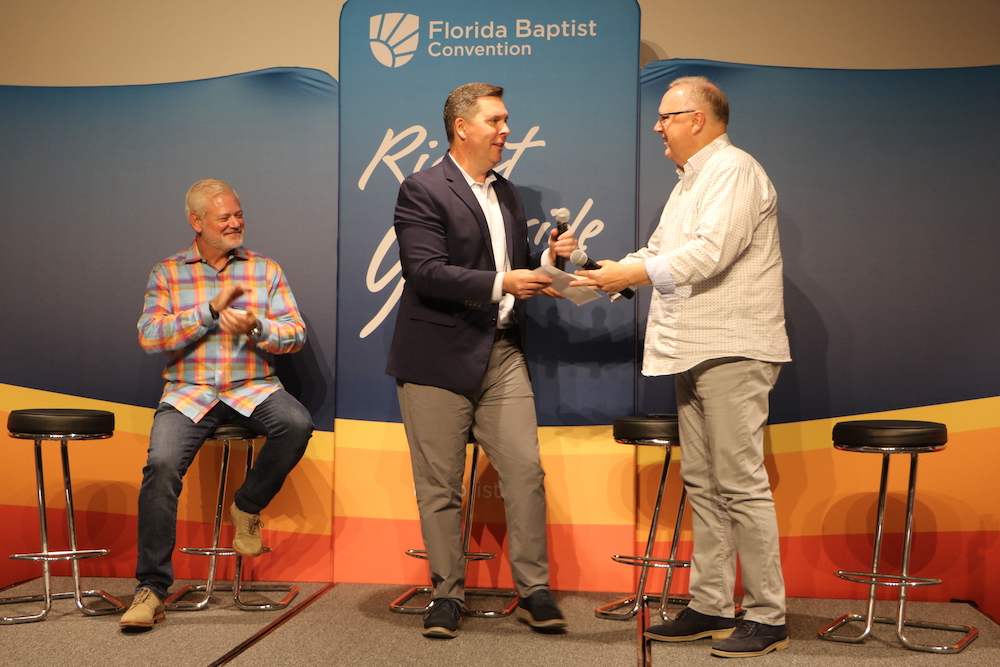 The State Board of Missions approved a recommendation brought by its Denominational Committee, led by chairman Jeff Robinson, to launch a partnership with the 700 churches in the State Convention of Baptists in Ohio. The partnership, Robinson said, is “another opportunity for Florida Baptists to expand our kingdom focus.”

Jeremy Westbrook, Ohio Baptists’ executive director, attended the Board meeting in Jacksonville and applauded the partnership, which he said is already occurring “informally.” Westbrook, who has served in church and associational roles in Florida, said, “We’re better together, stronger together. Our best days are ahead.” Ohio, he said, is the seventh largest state in America, and 90% of its 12 million residents are lost.

“Our pastors need encouragement,” he said. “The Midwest is a wonderful place, but there is a coldness there when it comes to the gospel.”

These recommendations come in response to a vote by messengers to the 2021 FBSC directing the newly elected FBSC president to appoint a special committee to hire a third-party review of all policies governing sexual abuse prevention, abuse reporting and survivor care for each of the Convention’s cooperating ministries. The committee will bring its final report to messengers at the 2022 FBSC annual meeting in Pensacola.

Green thanked the committee for its work, saying that the loans “are changing the trajectory of a church in so many ways. Your work is pivotal.”

The Board approved a recommendation from its Denominational Committee to amend the FBSC Constitution and Bylaws to remove references to the Florida Baptist Retirement Center, Inc. 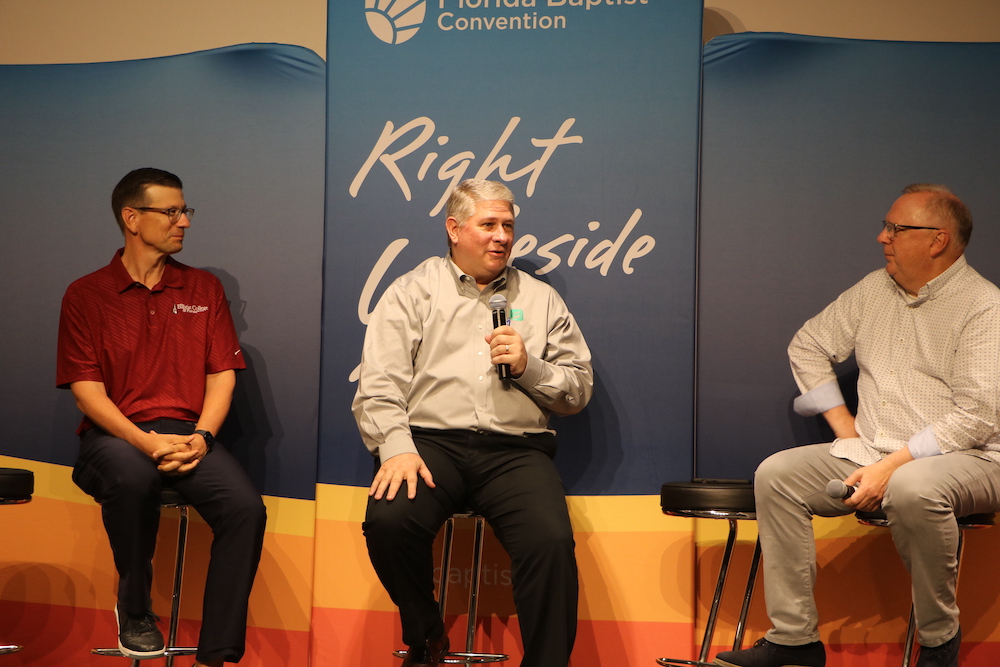 In other business, the Board:

–learned that 181 pastors had received pastor financial assistance from the Florida Baptist Convention in the first half of 2022;

–heard a report on closed, disbanded and disfellowshipped churches as well as a report on a church-at-large application that was denied;

–heard that the 2021 audit of the Florida Baptist Convention Inc. by Batts, Morrison, Wales and Lee, PA of Orlando received an unmodified opinion of the financial statements in accordance with generally accepted accounting principles; and

The next State Board of Missions meeting is scheduled for Nov. 14 in Pensacola.