Sowing seeds of love and generosity in Jacksonville’s Riverside

JACKSONVILLE–With a desire to generously share the grace and love of Jesus, church planter and pastor Joel Stuckey is reaching out to Jacksonville’s diverse Riverside neighborhood and seeing lives transformed.

TheCity.Church at Riverside was launched in January 2021 by Stuckey and his wife Stephanie in the community that borders the north side of the St. John’s River. It is the third congregation of TheCity.church, which calls itself a family of neighborhood congregations with churches in San Marco and Bartram Park. The first congregation was planted in San Marco in 2015.

The Riverside congregation first met in a local church building and then moved to the event venue known as “Friday Musicale.” Beginning  Jan. 30, the congregation will gather at another venue, Be the Light Music and Dance Company on Herschel Street.

Although the Riverside church was just planted in the past year, Stuckey and his wife have lived in the eclectic neighborhood since 2016.

“We felt called to that area and appreciate the uniqueness, its ‘walkability,’” said Stuckey, as residents easily stroll to local restaurants, businesses and doctors’ offices.

“Many people who live in Riverside have lived there all their lives,” said the pastor. He describes the neighborhood as diverse – racially, ethnically, generationally, culturally, and social-economically. 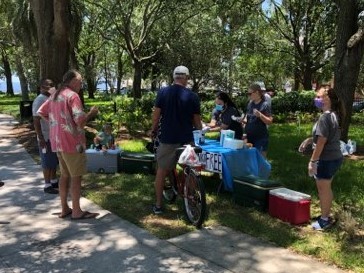 Noting that some area churches have shifted with the culture, Stuckey sees the need for people in Riverside to hear the Word of God taught correctly. And with nine bars just five blocks from Stuckey’s house, he observes that people are seeking pleasures and worldly desires.

“We want to reach out, show people there’s something better,” he said, and that no matter their lifestyle they can come and be welcomed at the Riverside church.

“We want people to taste and see that the Lord is good, to truly experience God. We want to be a light to our community, sharing unconditional love,” said the native Floridian born and raised in Jacksonville.

To that end the church is intentional about community outreach. Almost every month they set up a table at nearby Memorial Park and offer free hot dogs, water, and soda to all who pass by. 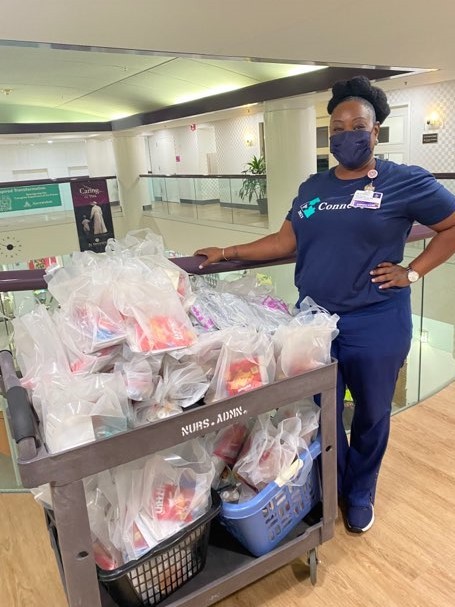 This past September the congregation provided meals and gift bags to an entire shift of COVID workers at Ascension St. Vincent’s Riverside Hospital.  A hospital administrator shared with Stuckey how happy, grateful and pleased the clinical staff was of the church’s generosity.

Recently the church had a positive response when they provided everyone’s coffee for three hours at a local coffee shop.

“Lots of people who got the free coffee tipped the staff generously, so the staff loved us, too,” said the pastor.  A couple that now serves on the church’s core team first began attending TheCity.Church from that specific outreach.

“Our heart is to be really generous, love on people, be open-handed with no strings attached,” Stuckey said.

And lives are being transformed. “I’ve seen people go from death to life, experience freedom in their lives,” said the church planter.

Stuckey is grateful for financial support City.Church Riverside has received from the North American Mission Board,SBC, as well as the Florida Baptist Convention.

He also appreciates the encouragement he receives from the convention’s east region catalyst, Craig Culbreth. “He’s not just interested in the specifics of the church but also in my family.”

“Joel and his team are laying a beautiful foundation at Riverside,” said Blake Bennett, pastor of the first church–The TheCity.Church, San Marco. “We are praying that many will come to know Jesus through their ministry.”