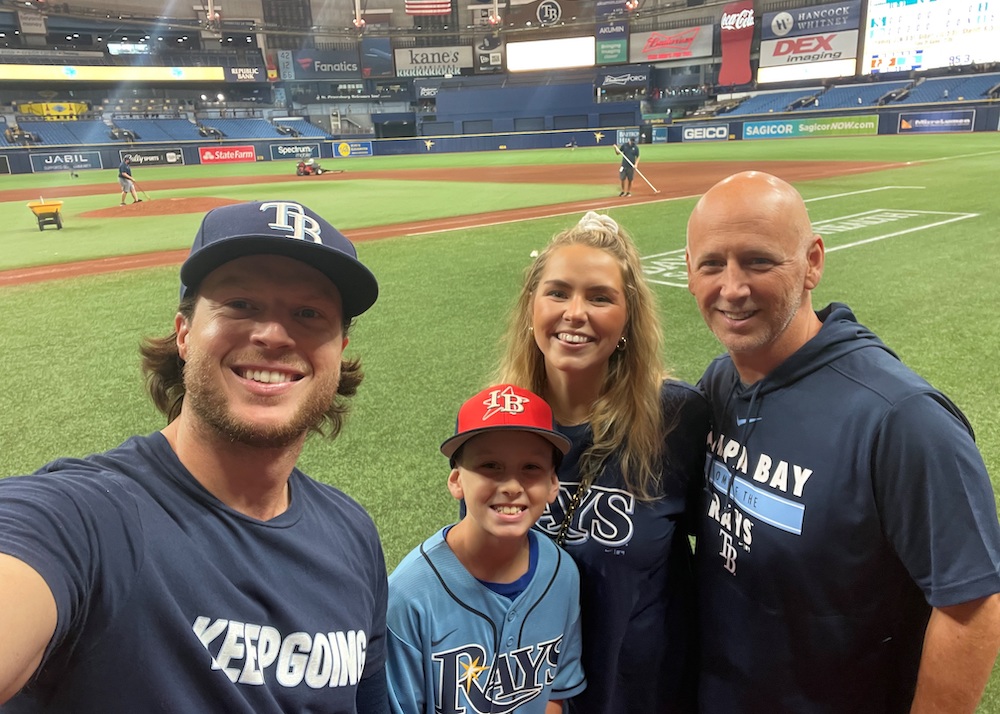 JJ Johnson does a different kind of moonlighting. In addition to his position as pastor of South Tampa Fellowship, he also labors day and night as a chaplain to athletic teams. And, he insists, both areas of ministry follow the same vision—reach people with the gospel, raise them in God’s word, and release them to serve and do ministry for God’s glory.

Though Johnson takes no additional salary for his chaplain ministry, he says there are rewards.

“Many of the athletes come to our church because they know me through my chaplain ministry,” said Johnson. “We all want to look up to that great athlete who’s giving glory to the Lord. We want them to volunteer. We want them to serve. Christ said, ‘I did not come to be served but to serve.’ That’s my ministry to the Lord. I work at the church, but I’ve always used my baseball chaplain ministry as that’s the place where I serve.”

A former college baseball player, Johnson also coached and played baseball in Mexico, Dominican Republic, and Cuba. Johnson is no stranger to the pressures and influences that face athletes. When he was 22 years old and freshly graduated from college, he volunteered in a program that reached out to high school athletes.

Robert Weiner fondly remembers working alongside Johnson in high school athletics. At the time, Weiner was head football coach for Tampa’s Plant High School Panthers. Johnson was already serving there as chaplain to the athletes. The Panthers went to six championship games and won four of them, Weiner said.

“JJ was the team chaplain for a long time,” said Weiner, who is now offensive coordinator and quarterbacks coach for the University of Toledo Rockets. “He and I were very much alike in our thinking in the world at large and the mission we were on to help the guys be the best version of themselves they could be. JJ was truly one of the most amazing human beings I’ve ever known in my life. He and I worked so well together our young people got a consistent message.”

In 1998, Johnson formally began his professional chaplaincy as one of 500 chaplains to major league and minor league teams in the U.S. and in other countries. During that time, he worked with the Toronto Blue Jays, the Tampa Bay Devil Rays, and the New York Yankees, serving much of the time in the Tampa area where out-of-state teams came for spring training.

In spite of his hectic schedule, Johnson also makes priority time for his wife, Sharon, and their three sons, Jay Michael, Caleb, and Zeke, often involving them in his ministry to athletes.

“It’s been a tremendous blessing to me and my family,” he said. “We have players and their wives over for dinner, and we go out to dinner with them. My boys have grown up around professional athletes. Working with them also has affected the way I preach. When I stand and preach on a Sunday, it’s easy for me to communicate the gospel because I’ve been doing that with lost people all week, whether it’s a player, coach, trainer or another employee at the stadium. If you can communicate the gospel to an athlete, you can communicate it to anyone.”

Jeffrey Singletary, Central regional catalyst for the Florida Baptist Convention, praised Johnson for reaching out to athletes and dubbed him “the Pied Piper that brings them to the Lord.”

“JJ has been working with teams for many years,” said Singletary. “He’s done a phenomenal job working with athletes. His ability to connect with them, particularly in baseball, shows he just has a natural gift in relating with them and moving them.”