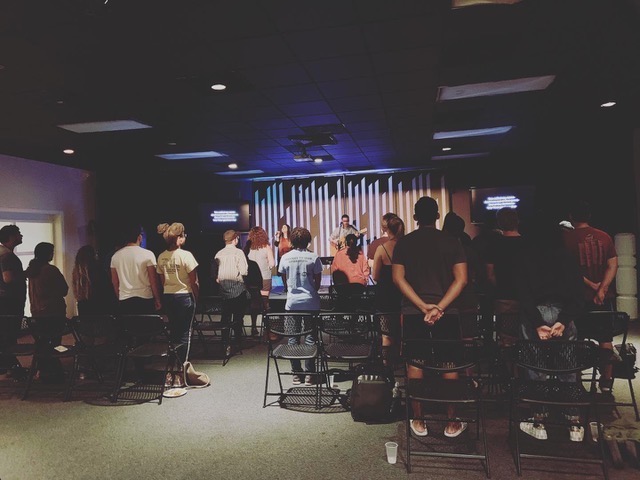 MIAMI—Twenty-two South Florida pastors came together at the University of Miami’s (UM) Baptist Collegiate Ministry (BCM) building to make a commitment to serve and reach college students in their city with the Gospel.

The meeting sponsored by Florida Baptists’ Next Generation Ministries was a time for pastors to learn more about the massive mission field that represents public and private colleges and universities in Miami-Dade County. 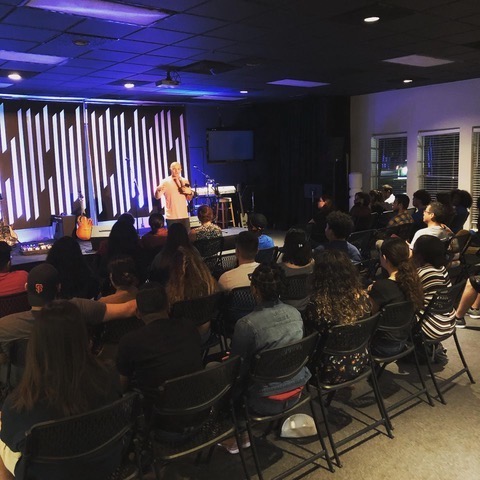 Students between the ages of 18 and 24 are among the top three groups churches struggle to reach, Young noted. Yet 60 percent of all SBC baptisms in 2018 were made by persons 24-years-old or younger. That statistic should give hope to all churches.

“College students are still receptive to the Gospel and we have this great need to reach them,” he said.

As the interim South Florida BCM director, Andrew Fernandez encourages churches to partner with their local BCMs to be able to better serve and ultimately reach students. 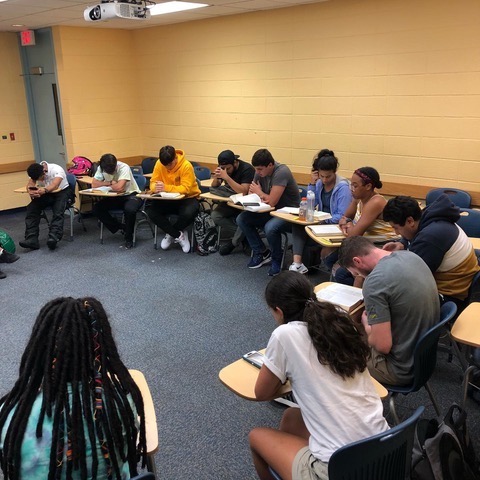 “We want to get these students involved in a Christ centered community,” Fernandez said. “As churches when you send us students to help with BCM, you will get students back.”

Churches can also partner with BCM by leading worship nights, sponsoring events, feeding meals to students and lending their space for events among other things, suggested Young.

Church planter Carlos Lollett is expecting to launch a church near the UM campus and has been developing relationships with the school’s decision makers. “We want to plant around this area, so we have been building connections with professors,” he said.

As a college student who lived on-campus at a commuter school, Lollett said that he often felt forgotten. During the meeting he shared with other pastors that serving on-campus students is also an important aspect of college ministry. Adopting a dorm room is one way to connect with that group, said Young.

As student pastor at Riverside Baptist Church, Nicholas Noyola wants to serve the MDC Kendall campus where Baptists do not yet have an on-campus presence. Fernandez is currently in talks to make that happen, however. 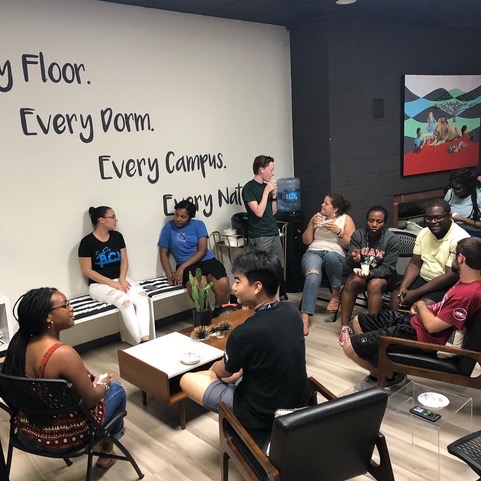 Noyola has developed a three-tier succession plan where the church focuses on middle school students and as they move to high school and college, provide more targeted ministries. “With that in mind, I’d like to know that we can get a presence at MDC Kendall which is very close to us.”

Robert Marksmeier serves on the worship team at Christ Centered Church which meets at FIU’s Biscayne campus. He said he has been encouraged by his interactions with students on campus.

“If college students are offered a place to join, they will go. They are hungry, they are searching, they want community.”