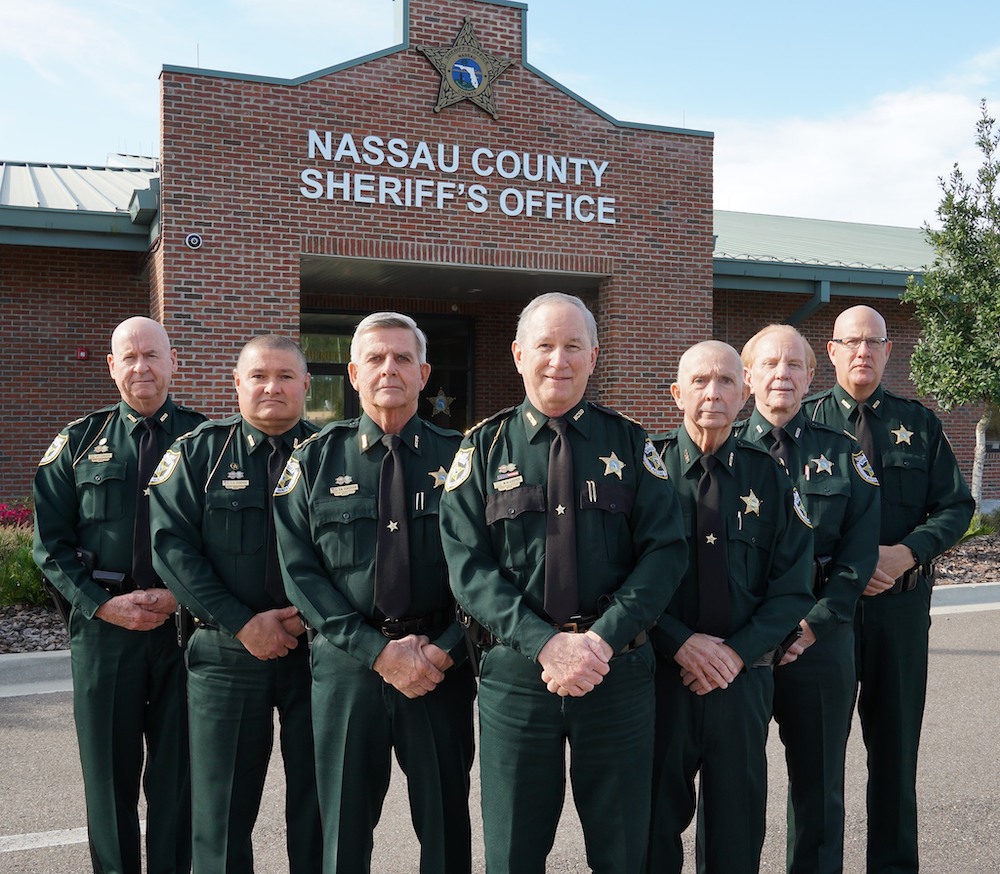 YULEE–Being on call a week at a time; leading weekly Bible studies; riding along with deputies; providing grief counseling: these are just a few of the duties that David Drake attends to as senior chaplain with the Nassau County Sheriff’s Office.

“You never know what’s going to roll into your lap,” said Drake.

Although Drake’s “real job” is associational missions strategist for the Northeast Florida Baptist Association, he has been volunteering as a chaplain with the sheriff’s office since 2005.  For that volunteer role, recently he was chosen as Chaplain of the Year by the county’s sheriff office.

As senior chaplain, he coordinates a staff of nine county chaplains who rotate leading Monday morning Bible studies for the administrative staff, as well as providing weekly written devotionals for all 300 employees, including deputies.

Drake also oversees the scheduling of chaplains who serve on call every six weeks for a week at a time–one on the county’s east side, one on the west side. Duty begins at midnight on Sunday and ends midnight the next Sunday.

These on-call chaplains are ready to minister and comfort those involved in incidents—victims, as well as deputies.

While chaplains have clearance to ride along with a deputy, they are not law enforcement certified. They receive a uniform, law enforcement radio, training in weaponry, but do not carry a weapon. They must agree that they will defend themselves or a deputy if an incident occurs. 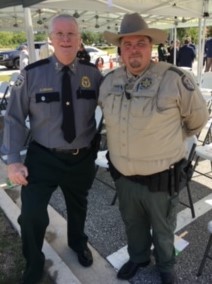 Chaplains also are tasked with responding to calls at times of death to assist deputies at the scene.

“I have received numerous calls and messages about how helpful the chaplains are to a deputy when performing his duty on a death call,” said Sergeant Mike Goodbread, the county’s liaison chaplain officer.

Deputies often need someone to talk to in the early morning hours, Goodbread said, and many times they call Drake. His response is, “I’ll make you some coffee, come on by.”

Chaplaincy is an “excellent program,” and the chaplains are “really there for them [the deputies]; that’s proven itself over the years,” Goodbread added.

Drake considers chaplaincy a “slow ministry . . . it’s relational; you have to blend in, use their language to help deputies become more open to chaplains.”

Relationships are built when a chaplain rides along with a deputy, taking the opportunity to listen, especially if the deputy recently was been involved in a stressful situation. Chaplains also look for opportunities to share the gospel with the officers.

“A lot of our ministry occurs when we ride with the deputies,” Drake said.

Confidentiality is critical to build trust. “If you blow their confidence, that will end the relationship,” he said.

One of Drake’s goals is for all deputies to have a Bible in their patrol cars. Soliciting funds from private donors and churches, he recently purchased 80 Law Enforcement Bibles. “We still need about 80 more,” he said.

To Drake, building a genuine relationship with the officers has been rewarding.

“I’ve come to love them and appreciate them. When most of us are ducking for cover, they are running right into the situation.”