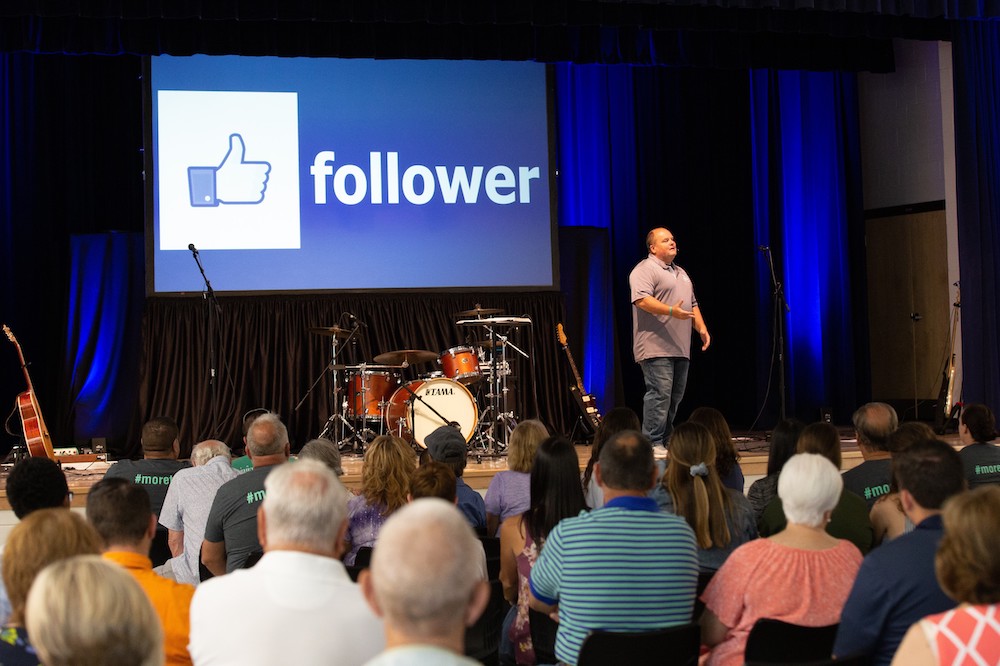 Sending and Sowing in Yulee

Considered part of the Jacksonville metropolitan area, Yulee, in Nassau County, is the home of a new master-planned community called Wildlight. Developers plan to build 24,000 homes there in the near and distant future.  Anticipating the upcoming growth, Callahan First Baptist Church, also in Nassau County, began praying about starting a church to reach the folks that would be moving into that development.

“While we have been a supporting church many times, Exchange Church campus is our first experience as a sending church,” says Lynn Hyatt, Senior Pastor of Callahan First Baptist.  And as a sending church they not only provided one of their own staff to be the church planter, but also sent out approximately 70 adults to assist in starting the new church.  “From the beginning of this process we have seen God’s confirmation we were following His direction,” adds Pastor Hyatt, who has served at Callahan First Baptist for forty years.

Todd Carr, who had served on staff as Student Pastor for 18 years at Callahan First Baptist, said that about two years ago he began to sense that God had something different for him to do.  As the church began to pray about starting a campus in Yulee, he and his wife Robin went through the Church Planter Assessment offered by the North American Mission Board, which provided a “huge affirmation” to their call as church planters.  “I can’t thank the Florida Baptist Convention enough for taking us through that process,” commented Carr.  And Hyatt added that Pastor Carr “was the logical choice to instill the DNA of Callahan First Baptist in Exchange Church”.

Exchange Church meets at Wildlife Elementary School where Pastor Carr calls his good partnership with the school a “God thing”.  The church hosts a monthly breakfast at the school through All-Pro Dads, a ministry that focuses on helping men become better fathers, and about 80-100 fathers attend the breakfast.  School administrators at Wildlight have noticed that the program helps build confidence in a child when their dad takes time to come to breakfast.

Exchange Church has also cultivated a good relationship with the Wildlight town developers; they allowed the church to provide a musical team last December that presented both secular and faith-based songs at the Christmas festival held at the Wildlight Community Center.

Launching in January 2019, Exchange Church has been averaging well over 200 in weekly attendance.  The church had their first baptism service on May 19, with Pastor Carr baptizing six new believers.

“Sending 70 adults, many of whom were in leadership roles at Callahan First Baptist, was a difficult step, but God has been faithful to raise up new leadership.  This church plant is one of the most exciting opportunities God has given us in my 40 years here,” shares Pastor Hyatt.