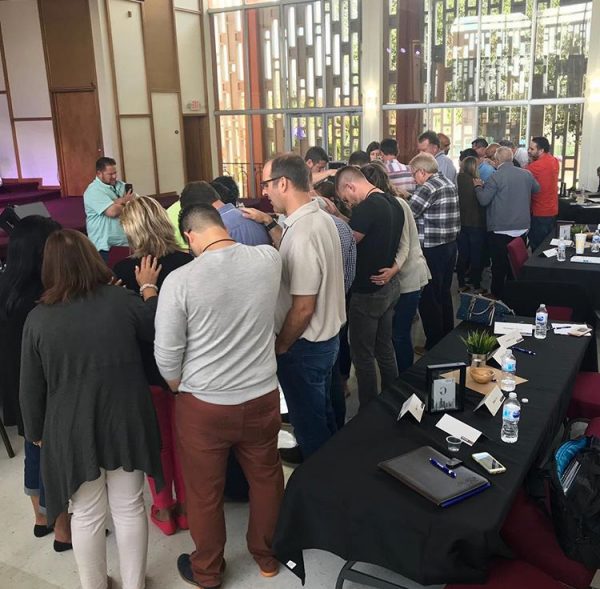 In just a few days six church planters and their wives will receive a detailed church planting assessment as part of the Send South Florida Initiative that will help them in their church planting journeys to reach the lost in Miami-Dade, Broward and Palm Beach counties.

The Send South Florida Initiative is a partnership between the North American Mission Board and the Florida Baptist Convention that calls for a greater Kingdom vision with more engagement, more commitment and more involvement in order to reach three South Florida counties—Miami-Dade, Broward and Palm Beach—where more than one-third of the state’s population resides.

Through the partnership, these six church planters participated in a two-day retreat at Providence Road Church in Miami. Florida Baptist churches sent four of the planters and churches outside of the state sent two others.

An expert assesses each core area of ministry, added Peoples.

Danny Slavich, one of the church planters, said that the retreat was a lot more like a retreat than he expected.

“I was prepared for it to be like a job interview but my wife and I were pleasantly surprised to see that it was a lot more like a retreat than we thought,” he said.

On the first night the pastors and their wives were sent out to dinner and Slavich said that it was a great gift and opportunity to be able to sit with his wife and talk about all the things they were learning and all the ideas God was putting in their hearts and minds. He and his wife found it “very refreshing.”

While the assessment has not yet arrived for the Slaviches, they already have taken away very useful information from the retreat.

“The assessment we have already gone through was very eye-opening as far as helping us and encouraging us in developing deeper personal relationships and personal growth,” he said.

The assessors and representatives from the sending churches together make one of four possible recommendations—ready, ready with conditions, further development needed, cautioned– to each candidate and provide them with a specific growth plan based on their strengths and weaknesses.

In the fall of this year the two-day retreat will be available in Spanish.