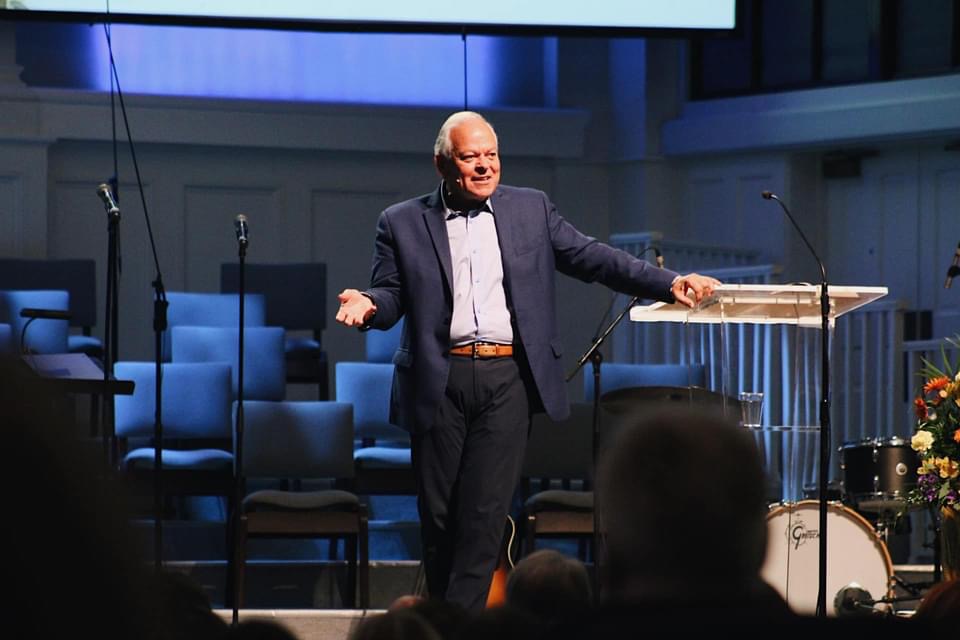 SARASOTA–More than 300 pastors and laypeople gathered at First Sarasota Oct. 24-25 for the nationwide “Who’s Your One? Tour,” an effort to mobilize every believer to respond to the priority of evangelism with a renewed passion for soulwinning.

“We really wanted to give something to Southern Baptists that they could get their heart and mind around,” said Johnny Hunt, senior vice president of evangelism and leadership at the North American Mission Board, SBC, which is spearheading the evangelism initiative. 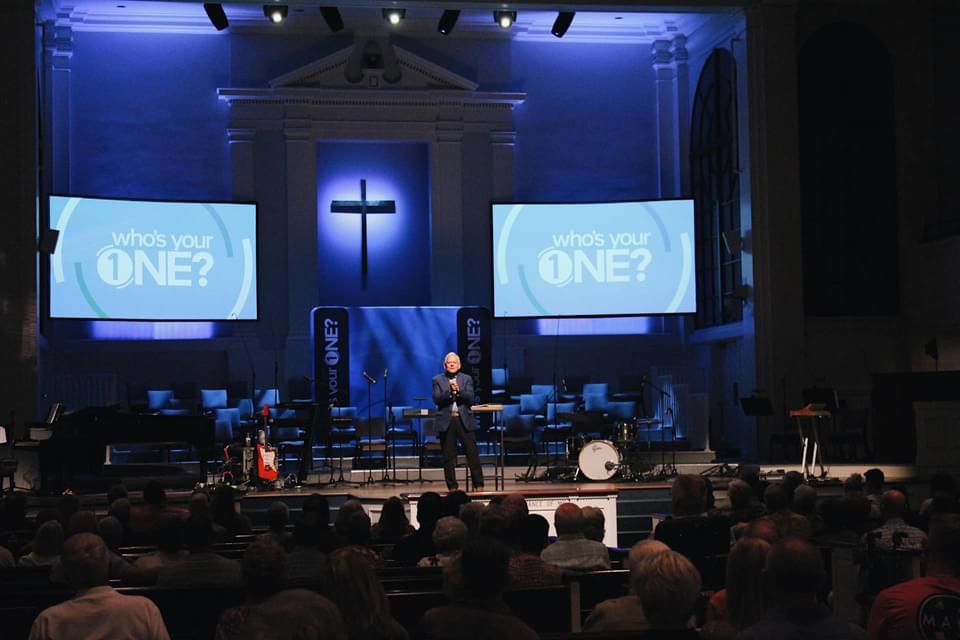 The event kicked off with worship led by the GMA Dove and Grammy nominated Christian singing group, NewSong, which drove the crowd to their feet in praise and prayer in preparation for the messages.

The North American Mission Board (NAMB) launched the “Who’s Your One?” evangelism initiative in 2019 as part of an effort to encourage Southern Baptists to engage people with gospel conversations. The emphasis asks believers to simply pray for and focus on one individual in the hope that the person may come to Christ. 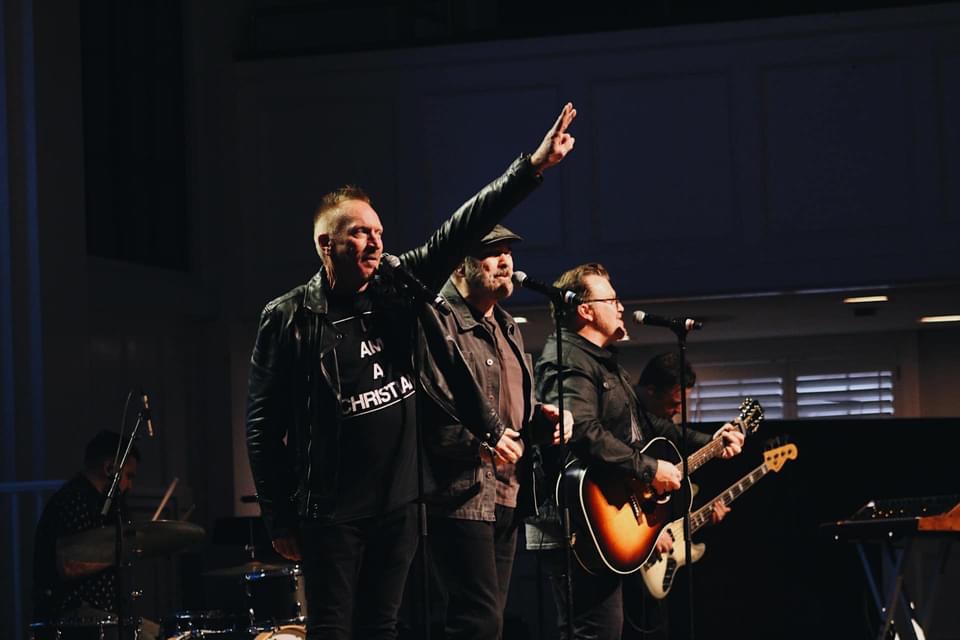 The nationwide tour has garnered attention and traction throughout the Southern Baptist Convention as it shines a light on evangelism and witnessing within the local church. The two-day format allowed for inspiration on Sunday evening and practical training on Monday morning.

“The Who’s Your One? Tours have a goal of addressing declining baptisms in the SBC and impacting more people with the good news,” said former SBC President Hunt, keynote speaker on Sunday.

Hunt, pastor of First Baptist Church in Woodstock, Ga., for 32 years before transitioning to his current NAMB position, referenced John 1:35-51, and briefly told of significant individuals who were radically changed by the gospel.

Throughout the Sunday evening rally, Hunt encouraged those in attendance to reclaim their evangelistic fervor and passion to see just one person come to the saving knowledge of Jesus Christ. He shared testimonies of his family and friends coming to Christ and addressed common excuses believers use for not being a faithful witness. 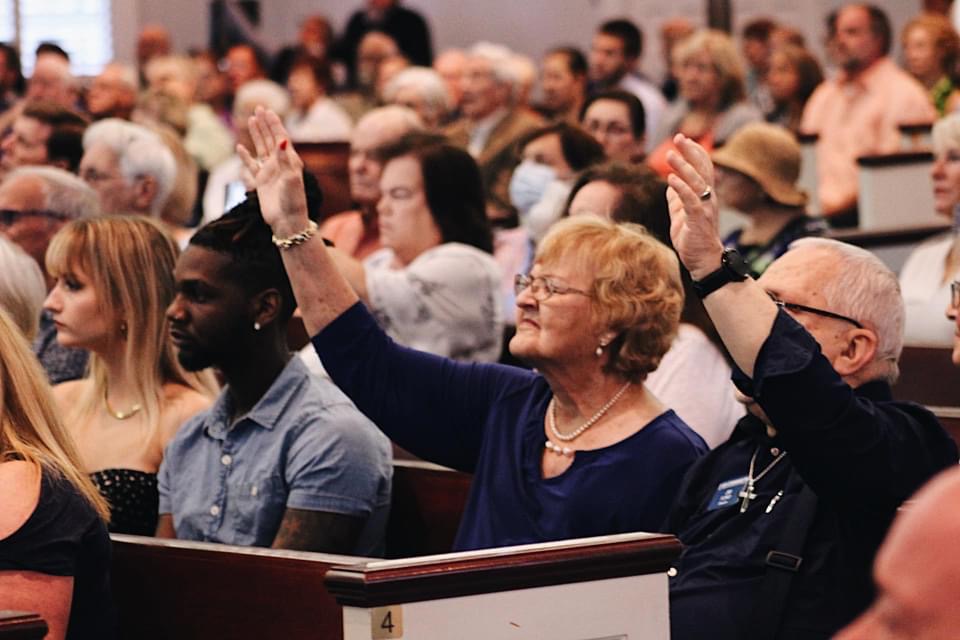 Hunt tackled some of the misconceptions that prevent believers from being faithful soulwinners, noting that believers have bought into Satan’s lies that they cannot faithfully witness to family and friends.

“We have bought into the lies so much that it has become a self-fulfilled prophesy,” he said. “You have learned far more in the church than you will ever need to know to tell others about Jesus Christ. The problem is Southern Baptists have the knowledge without the burden.”

He also reminded the group that most of those attending an evangelical church today is in large part due to someone taking the time to personally invite them.

“Eighty-five percent of the people in the evangelical church today are there because someone brought them to church,” he said. “Southern Baptists are missing today the power of the invite.”

The local church needs a renewed passion for soulwinning, he said, urging participants to revive their hearts to see the “millions perishing” come to know Christ.

The Who’s Your One? Tour sets aside Monday morning to provide attendees with practical training and helpful tools to engage and share the gospel. Complete with a Chick-fil-a breakfast, attendees sat in a full slate of sessions with speakers Jimmy Scroggins, pastor of Family Church in West Palm Beach; John Cross, pastor of First Sarasota; Danny Forshee, pastor of Great Hills Baptist Church in Austin, Texas; and Catherine Renfro, NAMB director of evangelism.

“Evangelism is one beggar telling another beggar where he found bread to eat,” said Cross. “Jesus is the Bread of Life.”

“Want to know how you keep your passion,” asked Hunt. “Be a soulwinner!”

For more information about the Who’s Your One? initiative or to find a tour date near you, visit www.whosyourone.com.