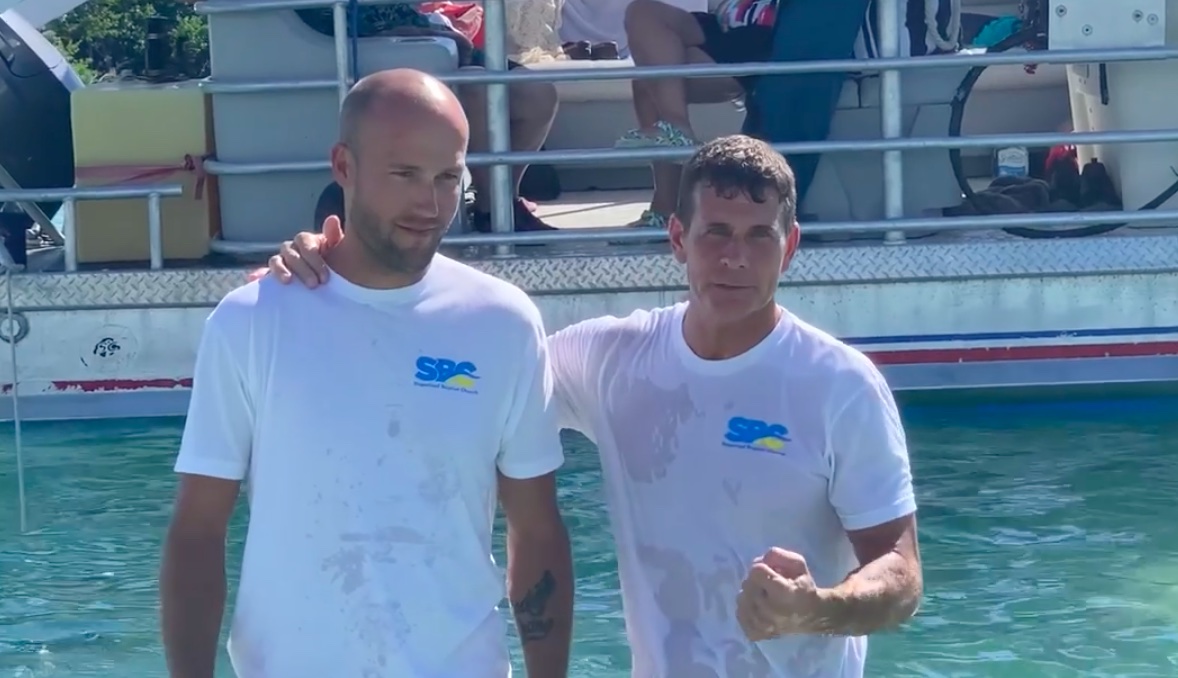 “When I came to Sugarloaf, the church had 10 in attendance,” said Pastor Scott Opalsky, who has been leading the congregation since 2019, just before the pandemic hit. “Since then, we have acquired 28 new members.”

Sugarloaf Key, an island in the lower Florida Keys about 20 miles from Key West, is known for its watersports, fishing and kayaking. It’s a quieter community from busier tourist destinations like Key West, Key Largo, and Marathon, and draws families and long-term residents to its picturesque shores.

Eight of Sugarloaf’s new members were recently baptized at Marvin Key, a popular sandbar near the church where members bring their boats to gather. 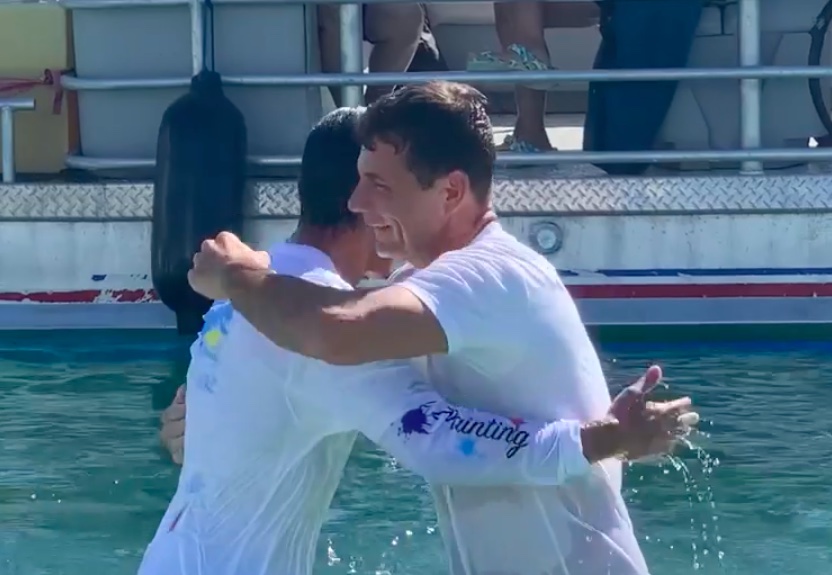 “We have been using trips to the Marvin Key sandbar to attract young couples in the community,” said Opalsky. “We invite them to church and tell them that after the service we’re heading out on our boats to the sandbar.”

The simple invitation has been effective in attracting many in the beach community to church on Sundays.

Ron Verhalen was one of those baptized at the sandbar on Sept. 27. He and his wife, Nikki, had received counseling at the church and he later professed faith in Christ.

“Ron came to Christ and is on fire for God. He has been inviting all his Coast Guard friends and has started doing devotionals with his four little girls,” said Opalsky.

“Not only have these people welcomed and embraced my family and me,” said Nikki Verhalen, “but they have become our family here in the Keys.”

As part of the baptism experience, the church navigated a pontoon slide boat out to the sandbar and then fellowshipped over a potluck meal afterwards.

The church is planning an evening Christmas service for the community, designed to offer the family environment often sought during the holidays. It will serve as a channel for the church to introduce themselves to those who don’t yet attend.

“Some of the challenges that we’ve overcome with newcomers include changing their perspective of what they think the church is,” Opalsky said.

“Once they come and they see what we do, that we have programs for the children and that we care and are out in the community, they stay.”