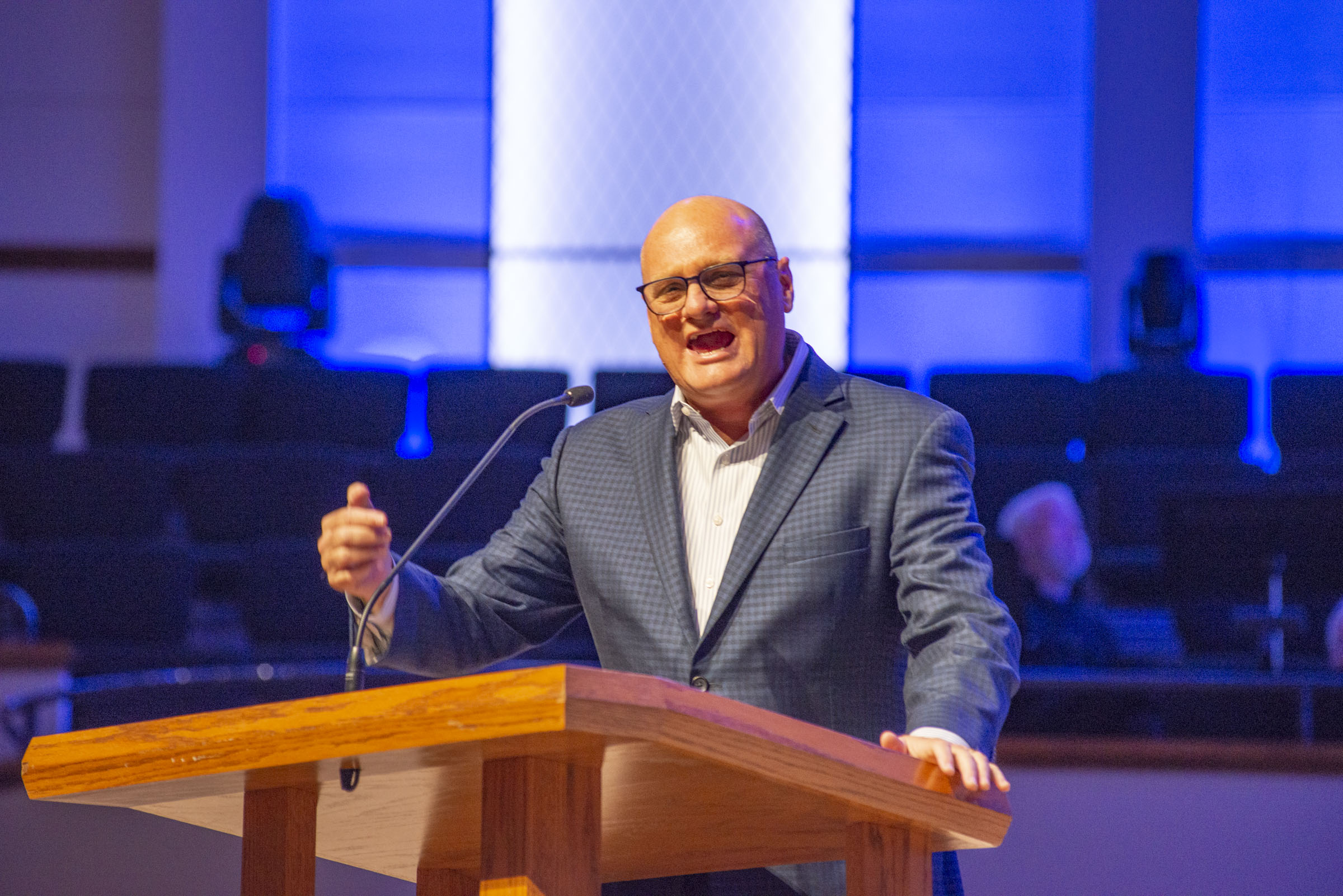 PENSACOLA— In the closing sermon of the 2022 gathering of the Florida Baptist State Convention, Willy Rice, senior pastor of Calvary Baptist Church in Clearwater, urged messengers to “keep the kingdom in view.”

Rice’s sermon began with a recounting of the story of Joseph from the time he was sold into slavery by his brothers to the time he was reconciled with them. In the sermon’s key passage in Genesis 50:19-21, Joseph’s brothers were fearful that, because their father had died, Joseph would take revenge on them for their evil actions against him.

“There is much to learn from Joseph, not just of his triumph in Egypt, not just of his ability to endure through the difficulties, but of the strength of his faith, the purity of his character, and in the end the incarnation of grace,” Rice said. 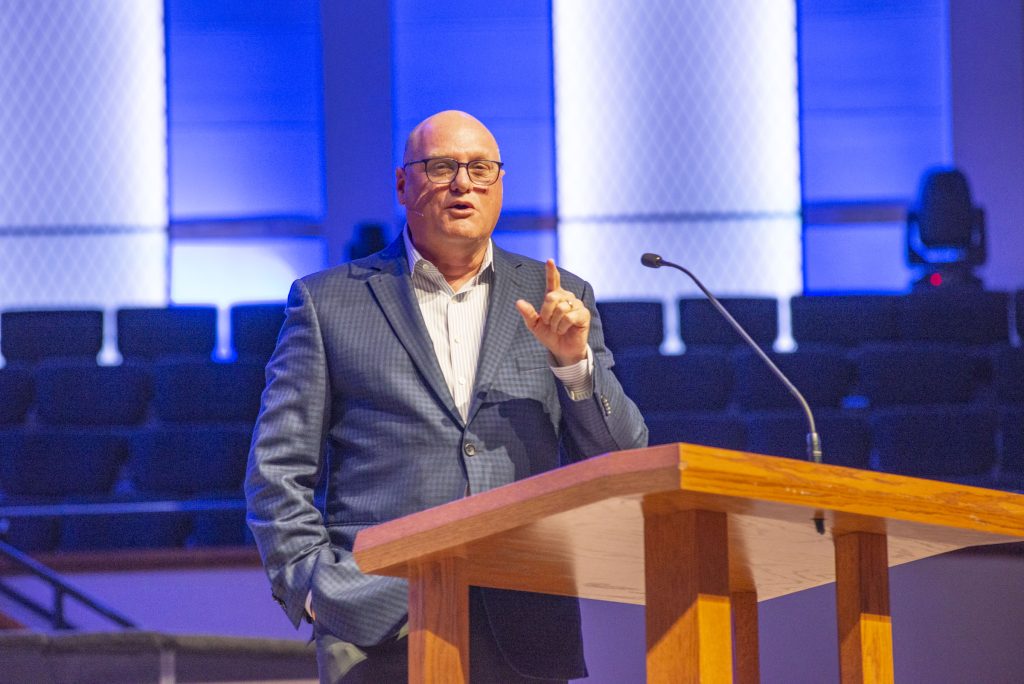 Rice made four points in his message, beginning with encouraging messengers to trust God’s plans.

“Joseph knew that his brothers had planned evil against him, but he emerged victorious through it all because of his confidence that God had another plan and that God’s plan always works for good. It is such a perspective that sustains us, strengthens us and matures us.”

He also urged messengers to extend the grace of God to others.

Forgiveness, he admitted, is not an easy road, but it is a choice Christians must make. Forgiveness is a difficult road that must be walked, he said.

“You will have to forgive. The connection of receiving forgiveness and extending forgiveness may somehow lie within the realm of mystery, but that there is an inextricable connection is not left in doubt by Jesus. If you do not forgive your brother, you will not be forgiven. Like our lungs that must release the air they hold before they can receive the air we need, so too, we must be willing to forgive if we wish to be forgiven.”

Continuing into his third point, Rice said, “We must focus on the mission of God.” That mission is to see people brought to Christ.

God’s plan for Joseph’s life led to many people, who would have otherwise died in the seven-year famine that struck Egypt, to be saved. Ultimately it led to Joseph’s own family, as well as the future nation of Israel from which Jesus the Savior of the world would come, to be saved from death by starvation.

'And that mission has not changed. The work continues. The cause endures. Christ came to save people. He has reconciled us to Christ and has now given us the ministry of reconciliation.'

“And that mission has not changed. The work continues. The cause endures. Christ came to save people. He has reconciled us to Christ and has now given us the ministry of reconciliation.”

Finally, Rice told Florida Baptists, “We must hope in the coming of God.”

Joseph, he said, trusted the plans that God had for Israel. He trusted those plans so much that he made his people swear an oath that they would carry his bones with them when God called them out of Egypt. Nearly 400 years later, God led His people out of Egypt.

“And for every one of us, for every one of you, who finds yourself crawling through the mud of disappointment, who may find yourself struggling in the darkness of unrealized dreams, to those who have endured the rejection, been bruised by the lies, been crushed by the circumstances, and been made to know the frailty of our own flesh and the depravity of the darkness around us, know this as well … He is coming … and when He comes, our bones shall leave this place for there is a land of promise that awaits those whose hope is in Christ. And that hope strengthens us today.”­