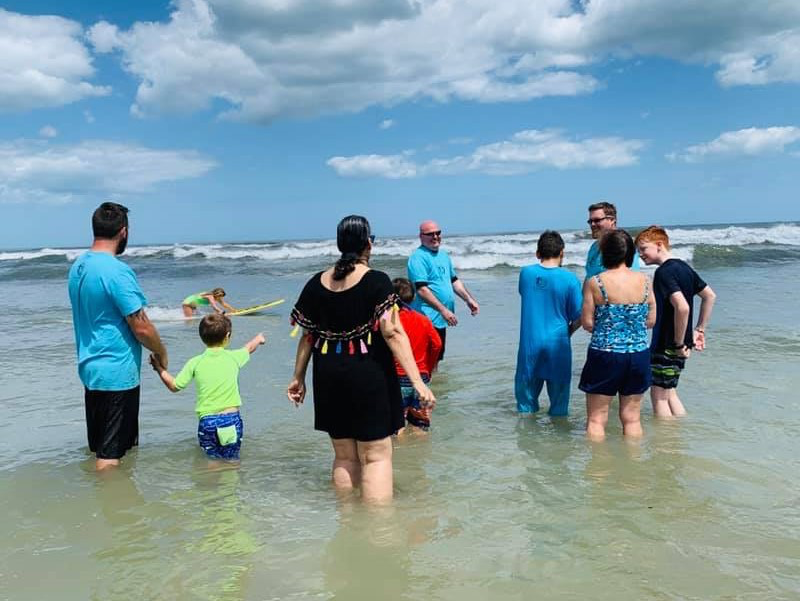 Pastor Daniel Deig describes New Smyrna Beach as your “classic beach town.”  Located three miles from the beach is Oceanway NSB, a church that has recently undergone transition and revitalization.

Originally established as Christ Community Church in the 1980s, during the past two years the church went through a difficult season, and by the summer of 2018, about 40 people were attending on Sundays. Following a time of fasting and prayer, Pastor Deig, who began serving at the church as an associate pastor in 2015, went to the elders and they agreed that God was leading them to make changes to move forward.

Utilizing the services of Ascension Media, three phases were developed to bring revitalization. Beginning in November 2018, the first phase involved a “soft launch”, which included changing the name of the church to Oceanway NSB; the second phase, January 2019, initiated their new children’s ministry during “Big Launch Day,” with over 100 in attendance. During this second phase, they also introduced “Oceanway Youth,” as well as weekly adult small groups.  And the third phase began in March and has emphasized their new online, social media presence.  Since last November, they have also been slowly updating and painting their facility.

Although Oceanway NSB is still in the revitalization process, it is a “completely different church,” states Pastor Deig, and he thanks the Florida Baptist Convention for “coming alongside our church during this transition.”

On March 31, they celebrated the ocean baptism of six people – two children, two teens, and two adults!  Also, they converted the garage of their Youth House into a worship center for youth, and now share that building with two other local groups who are actively reaching out to the teens in the community.

The church partners with the local elementary school, Coronado Beach, and in early March, sponsored a PTA fundraiser, a Color Run, at the school.  Also meeting at Coronado Beach Elementary is a weekly Good News Club which the church helps sponsor through Child Evangelism Fellowship.  They have seen five children profess faith in Christ this year.

EASTER: Because of the Empty Tomb

Acts 2:41 Baptism emphasis kicks off with One Family event