Pastor Felix Walters of El-Shaddai Baptist Church and his ex-wife, Phyllis Thompson-Walters, lost their beloved son, 14-year-old Hezekiah Walters, on June 11, 2019. When grieving the loss of a loved one, particularly a child, we all question, why? Why my child, why now, why is this happening to me, why did it happen like this? We will rely on family, friends and our pastor for support. But what happens when the person suffering the loss is the pastor? Who does the pastor lean on during his time of profound grief?

Matthew 5:4 Blessed are those who mourn, for they shall be comforted.

The Florida Baptist Convention (FBC) appoints Regional Catalysts for this very purpose. While the responsibilities of the Regional Catalysts are numerous, one of the most important is to provide support to our pastors. Pastor Jeffery Singletary, Central Regional Catalyst explains, “Where does the leader lean? Where is it safe for a shepherd to bleed? That is the role of a catalyst, to be there when a pastor needs us the most. When it matters the most, we want to be there right beside you. We support the supporters, help the helpers and encourage the encouragers.” Singletary calls on us all to pray for the Walters family and to celebrate the life of their precious son, Hezekiah Walters.

Hezekiah Walters is designated by all who know him as exceptional. “When I think of Hezekiah Walters, immediately my mind goes to the great leader of Israel, Hezekiah the King of Judah. The man who God had appointed and anointed to lead the nation of Israel. What a great man of God he was. God has given us another, Hezekiah; this time, Hezekiah Walters. Another phenomenal young man whose life was filled with impact and great influence,” Singletary described. “He influenced the family that loved him, his community and his school. He was a leader in every right. Hezekiah, a young man destined for greatness, to achieve and to excel, and that he did, in such a short span of life. It’s not the length of life that counts, it’s the quality and the impact that is made in this life. And that’s what Hezekiah Walter did. To talk with his family, his friends, those who knew him, those who loved him, immediately they speak of the enormous impact, accomplishments, academically and socially, that this young man made in Tampa and at Franklin Preparatory boys academy and Middleton High School. Academically he was ahead of his class and socially he was a stand-out in his class. In life in and death, he’s ahead of the class. A great name, for a great young man, Hezekiah Walters.” 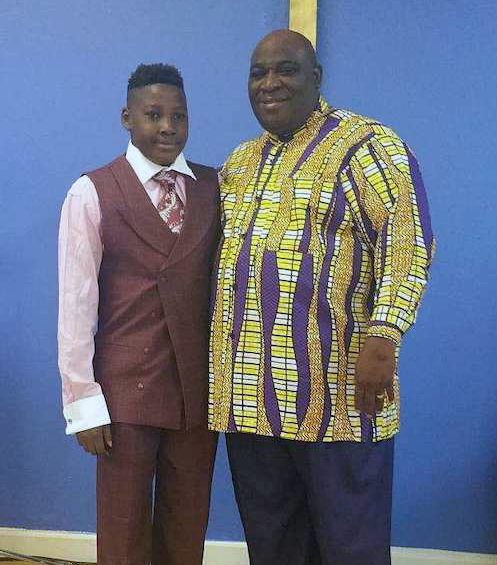 While celebrating the life of Hezekiah Walters is beautiful, Singletary stated that nothing prepares a parent to walk the last mile of the journey with their child, pastors included. “Pastor Walters and his wife are laboring with great difficulty, trying to navigate the range of emotions for a son that’s gone home; a promised son, a prominent son, a son with great potential. It’s been said, and remains the truth, that parents are not supposed to bury their children. Children are supposed to bury parents. This time, a mom and a dad must walk that journey with a son they love so very, very much. Not to say goodbye, but to say see you later, because they know where Hezekiah is. He’s in glory. Someone said, you never lose something or someone if you know where they are.”

Everyone grieves, no matter your profession, social status, race or gender; our Father designed us to mourn. “When I think of a dad grieving, bleeding over a son, I think of King David. When King David lost his son, David said, ‘He cannot come to me, I must go to him.’ Felix Walters, a pastor, shepherd, leader, husband, dad, as he grieves over his son, has come to the reality of what David said. Pastor Walters says, ‘Hezekiah cannot come to me, but I must one day go to him.’ I’ve had the privilege of walking with Pastor Walters in the most difficult time of his journey, to be right beside this family and help facilitate this process as the Convention and its system was designed. This is what Convention life is about: the privilege of being right beside you when you need us the most,” Singletary said in closing.

2 Timothy 2:11 This is a faithful saying: For if we died with Him, we shall also live with Him.