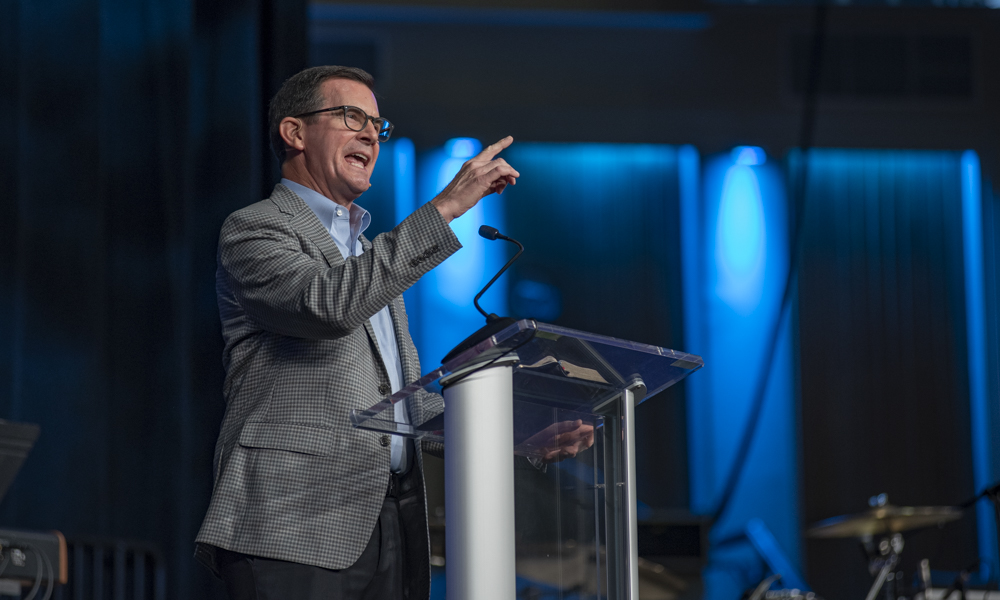 Reavis calls Florida Baptists to focus on ‘that one’

Preaching on Tuesday morning, Nov. 12, the Jacksonville pastor said that Jesus’ healing of the blind man in John 9:1-7 “gives us insight on how we are to reach a lost and dying world with the gospel of Jesus Christ.” As Jesus focused on the individual, Florida Baptists are called to focus on sharing the gospel with individuals, said Reavis, who has served his church for 28 years.

Today’s “celebrity culture” has “invaded the church,” Reavis said. The celebrity culture drives “preachers to distraction, depression, anxiety, and they’re ready to throw in the towel … We’ve forgotten about the individual,” he preached.

“Jesus Christ has populated heaven one soul at a time,” he said. “And it matters that we reach out to just that one soul.” 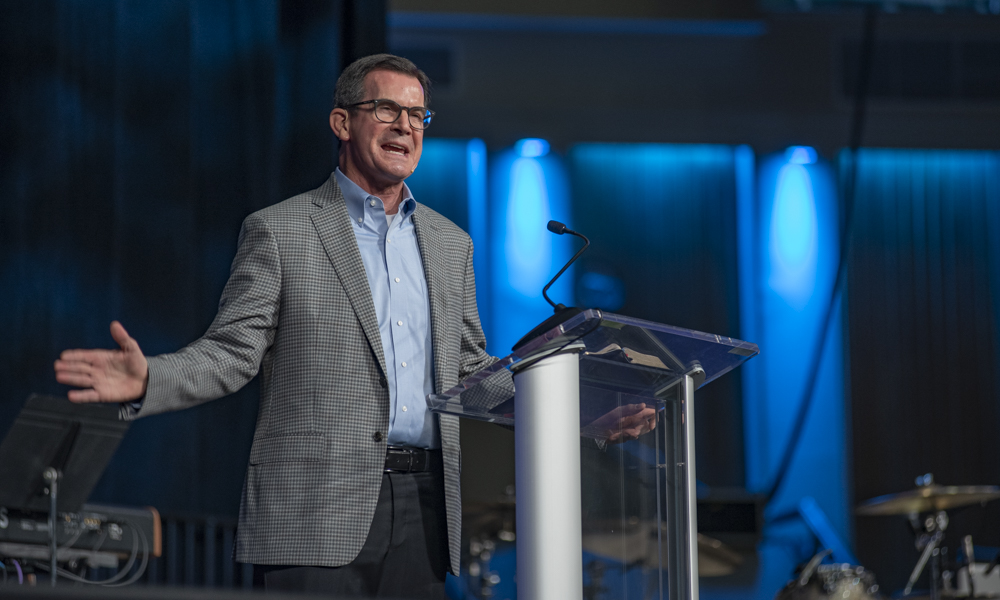 Church leaders’ focus on temporal matters often dilutes focus on sharing the gospel, Reavis believes. “The great hindrance to evangelism is inside the church,” he said.

“Jesus Christ has called us to be light, not to curse the darkness,” he said, pointing out that a danger of being a conservative believer is to become “pessimistic, negative and focus on what’s wrong with the world.

“Let’s not curse the darkness; let’s turn on the light.”

The blind man in John 9 “represents all the lost people in the world,” said Reavis. “We don’t become sinners; we are born sinners.”

Seeing the blind man, Jesus had a “miracle solution,” said Reavis. “A sinner getting saved is a miracle … a supernatural work of the living God.”

Saying that the gospel is not “delicate or unoffensive,” Reavis pointed out that, as Jesus healed the blind man, He “did the strangest thing. He just hauled off and spit right there on the ground.

Reavis pointed out an “overlooked” person in the story—a “nameless individual” who “evidently” took the blind man by the hand and led him to the pool to wash the mud out of his eyes so that he could see.

Describing a church early in his career that seemed “dead,” Reavis recounted how years later a young man reminded him that Reavis had baptized him as a child in that “dead” church. That man, whom Reavis had long forgotten, now serves as a pastor.

“God is working even when I can’t see Him working. It’s not about how many; it’s about that one. The church may have been dead, but a living Jesus was reaching out and saving souls.” Reavis said.

Prev Next
5 Comments
Leave A Reply
Cancel Reply
Follow Us