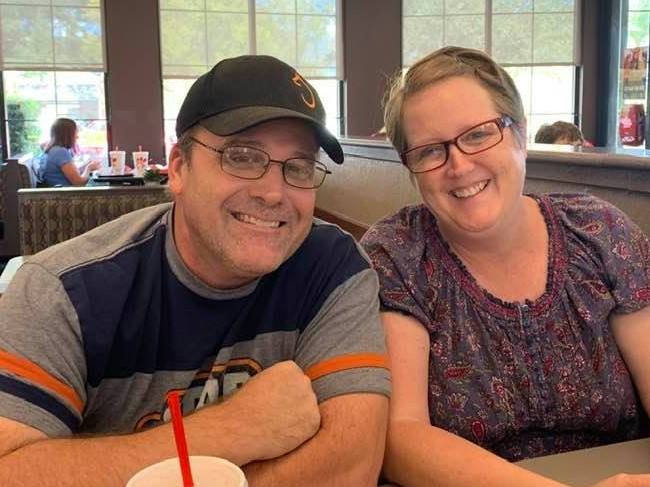 PORT ORANGE–“No one ever wakes up thinking that they may die that day,” said Steve Loy as he reflected on a month-long battle with COVID-19 this summer. “I never dreamed that I would be in the hospital in a coma and on ventilator.”

Loy, pastor of Volusia County’s Spruce Creek Baptist Church in Port Orange, spent three weeks in the hospital as he struggled with the virus, including six days in an induced coma and ventilated. After a time of recovery and rehabilitation, he returned home in early September.

“I’m here today because of the power of God and His people praying,” said Loy. He is excited to be alive and share God’s goodness.

His story begins with a post Loy saw on Facebook just prior to contracting COVID; he believed God was warning of imminent adversity but assuring him of His faithfulness.

His daughter, Hannah, was soon diagnosed with the virus, and a few days later he, too, became ill. When his blood oxygen level dropped and breathing became heavily labored, his wife Leah took him to Halifax Medical Center in Port Orange where he was admitted. 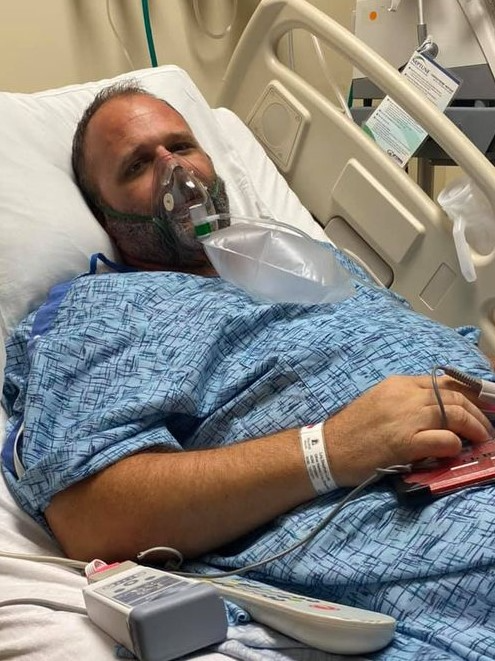 After two days his vital signs “bottomed out,” he said, and he was given new medications. However, a negative reaction to the drugs caused physicians to place him on a ventilator, induce a coma, and transfer him to ICU.

While in the coma Loy remembers telling God, “I’m ready to go.” He then saw blackness and called out to God quoting Scripture verses.

Through the darkness came a beaming light that completely turned the darkness to light. “It was an amazing experience,” he said.

During his coma, he recalled seeing visions of spiritual warfare. But he believed God was fighting for him.

“My spiritual discernment was intact during that time,” the pastor said. “The times of darkness were scary, horrible. But every time I cried out and claimed Scripture, God came through.”

While in the coma, Leah Loy was told her husband might not make it and she began thinking about funeral plans.

One Sunday after a worship service, a group from Spruce Creek gathered outside of the hospital and prayed for their beloved pastor. Shortly afterwards, he took a turn for the better and continued to improve.

Later, Loy discovered that people all over the world had been praying for him. When he arrived home, he found dozens of cards, notes, messages from those who had interceded for him – a testimony of the power of the prayers of God’s people.

When he awakened from coma and could speak, the ICU nurses shared with the pastor their own prayer needs.

“I began praying out loud for the patients around me, for the nurses,” shared Loy.

After they nicknamed him, “The Miracle Man,” he responded, “It’s not me, it’s the power of God.” 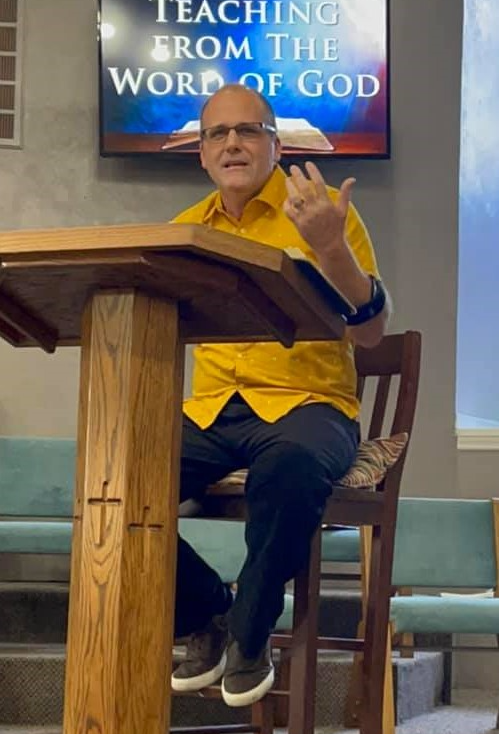 Having endured the coma and incapacitated for so long, Loy needed physical therapy to learn to walk again. He has also experienced COVID brain “fog,” which has improved.

He is now walking well and recently preached during a Sunday service at church.

“I’ve learned that life hits us, and we have to get up and move forward.”

Through his experience Loy said he has gained new insights:

— you can be in God’s will and hard things happen, but you must trust God completely;

—sometimes in life you have to start over and learn to walk again;

–we live in a lost world, time is getting short and Jesus is coming, so we must get back to sharing the gospel.

Since his release, the pastor has returned to Halifax Medical Center’s ICU to thank the staff.  “You’re alive and you were the only guy that got out of here,” the nurses said.

Loy shared the gospel with them and the assurance of heaven he has as a believer.

“I’m still here for a purpose,” he said. “More than ever we as Christians need to share the good news of Jesus.”