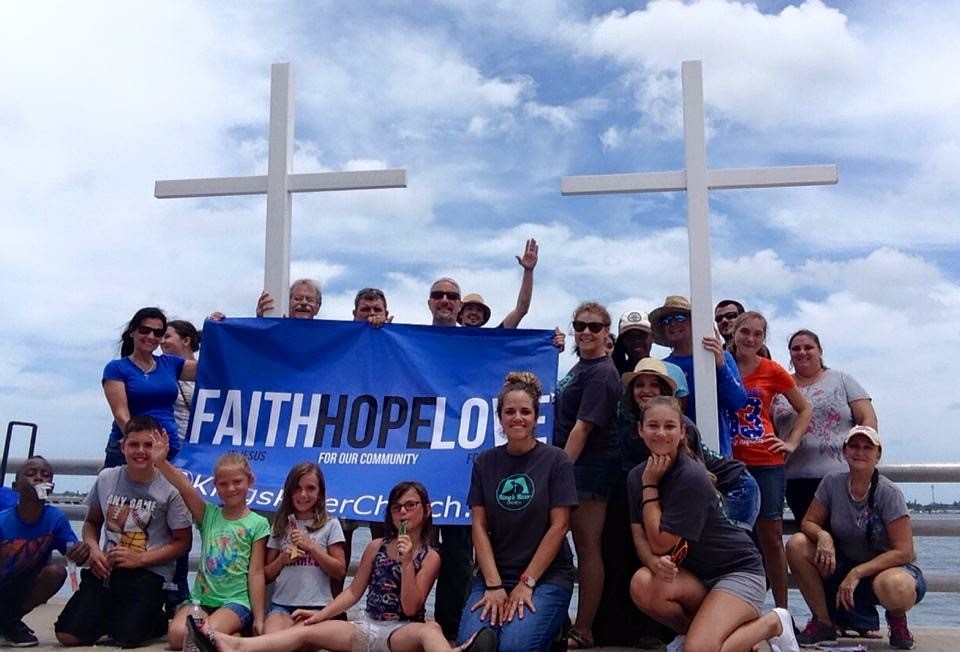 Curtis Forbes’ path to becoming a Florida Baptist pastor is anything but ordinary.

At 22 years old, he was a high school dropout; he used illegal drugs; he had never set foot in a church. Then, in 2004, alone, in a parking lot, he sensed “the conviction of the Holy Spirit” as the “seeds” that others had planted in his life through the years began to invade his heart and mind. Unexpectedly gasping for breath, he thought to himself, “I’m gonna die and go to hell.”

That day, in the parking lot, he prayed, asking God to forgive him of his sins and give him new life. Since then, “I’ve never looked back. You can’t fight God; you’re gonna lose,” he said.

Soon after making his profession of faith, Forbes began a Christian rap ministry and an itinerant evangelistic ministry, but then, just a few years later, he felt called to plant a church.

In January 2011, six years after his parking lot conversion and with only four people, Forbes started Kings River Church in Bradenton as a non-denominational church. Yet, as he met and got to know a few Florida Baptists – especially Cliff Mattox, director of missions for Manatee Baptist Association – the idea of his small, but growing, church becoming a part of something “bigger than us” began to take hold.

As he talked with Mattox and learned more about Southern Baptists, he realized that his church plant’s theology and beliefs lined up well with Southern Baptist theology.

That realization was echoed by Mattox, who said, “God was not only directing him (Forbes) to us as an association, He was directing us to him. I was convinced they (Kings River) were a fit. There were no issues at all.”

“It has been a wonderful marriage ever since,” said Mattox.

By then, Kings River, a diverse church which seeks to “bring Light to the darkness” of Bradenton, had already outgrown its second location and was looking to relocate.

“It doesn’t matter who you are or what you’ve done, we are always pointing people to the cross of Jesus Christ. We are a gospel-centered church,” said Forbes of his church.

Mattox and Wayne Briant, Florida Baptists’ southwest regional catalyst, helped the young congregation identify a church building in Bradenton that was available for lease. The building, only a few miles from where Kings River was meeting, would more than double its space and seating capacity.

Both the association and state convention contributed financially to help the young congregation relocate. On June 26 Kings River held its first worship in its new location with more than 250 in attendance.

“Partnering with pastor Forbes and his church in the relocation is one way that we as Florida Baptists can help,” said Briant, who said the church does a “great job” reaching out in innovative ways into the community with the gospel of Jesus Christ.

Forbes described the church’s new location as the “biggest and best” of the three locations it has used during its six-year life.

“The new location has really helped us,” said Forbes. “There’s no way we could have accomplished this with our own resources. It’s a good partnership.”

Beyond its financial contributions, the association and state convention offer Forbes a network were churches can work together, an opportunity for growing churches to help other churches that are declining or plateaued and an established venue to discuss church with other people, among other advantages, said Mattox.

Grateful for the financial gifts from the association and state convention as well as all the other benefits that come with being a Florida Baptist, Forbes wants his church to “be a blessing” for other Florida Baptists.

With about one-third of the pastors in Manatee Association new over the past two years, Forbes is encouraging associational participation among these newer pastors, said Mattox. The young, enthusiastic pastor is a particular draw for other younger pastors in the association, bringing a fresh perspective to associational initiatives.

Behind the scenes servants serve without fanfare