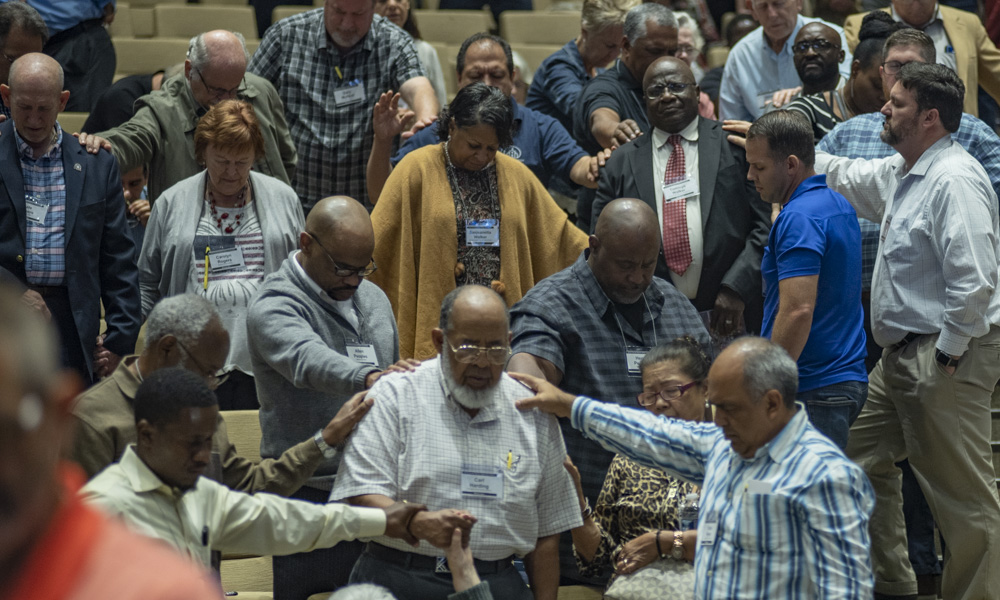 Pastors’ Conference prays for veterans, pastors, the lost and the church

ORLANDO, Fla—The sounds of Florida Baptists sending their petitions to God permeated the “Season of Prayer” held during the concluding session of the 2019 Pastors’ Conference as they focused on God’s blessings on veterans, pastors and their wives, the lost and the church. 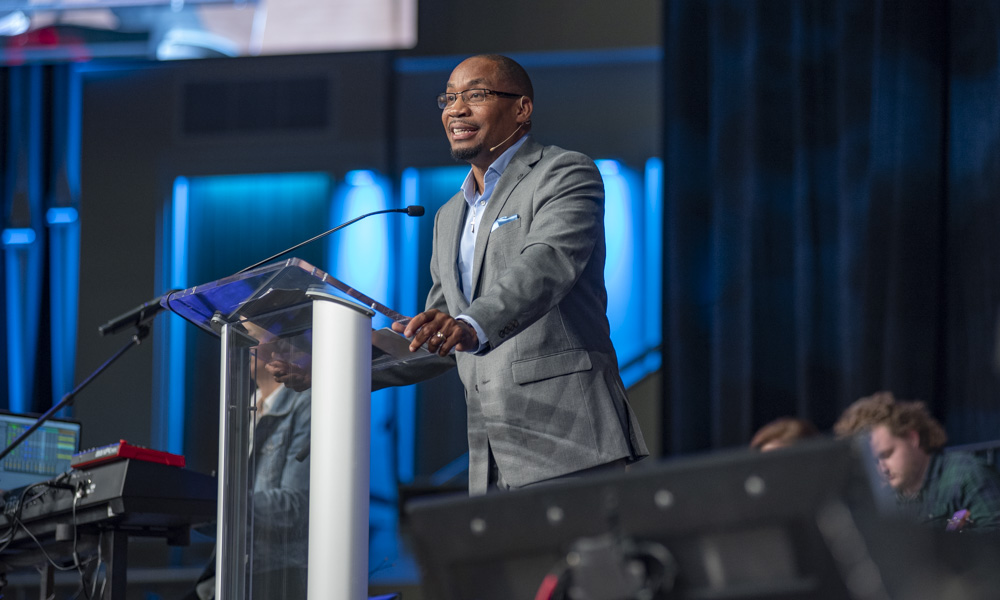 Erik Cummings, president of the Florida Baptist State Convention and pastor of New Life Baptist Church in Carol City, led a prayer over veterans, who were asked to stand. Cummings asked that the Lord keep them, reward them for their sacrifice and service, strengthen, heal and comfort them.

Cummings ended his prayer with a plead for unity in the church so that the “Gospel will go forth boldly and without compromise.” 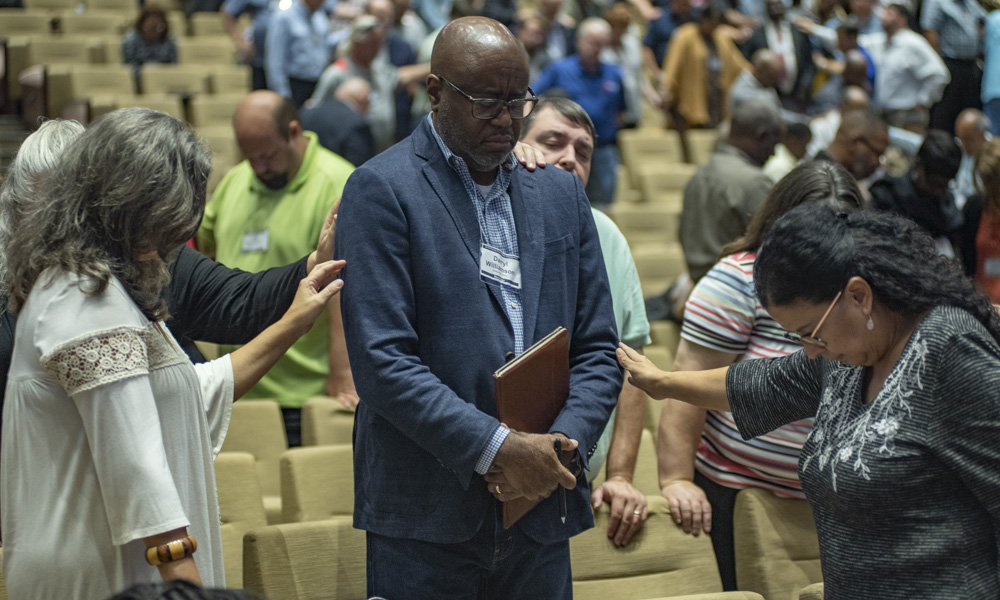 Ronnie Floyd, president and CEO of the Executive Committee of the Southern Baptist Convention, lifted up a prayer for the ministry of pastors and their wives saying that he knows of “no other group under attack like a pastor and his wife.”

Floyd challenged the pastors to cast all their cares on Jesus. “Whatever is your greatest burden today, cast it on the Lord.”

Brian Stowe, president of the Pastor’s Conference, led a prayer for the lost. He asked those who were able to, to kneel and pray for one or two lost people that they knew. Afterwards he asked pastors to pair up and pray that their churches be reignited with zeal to reach the lost and live out and share the Gospel. 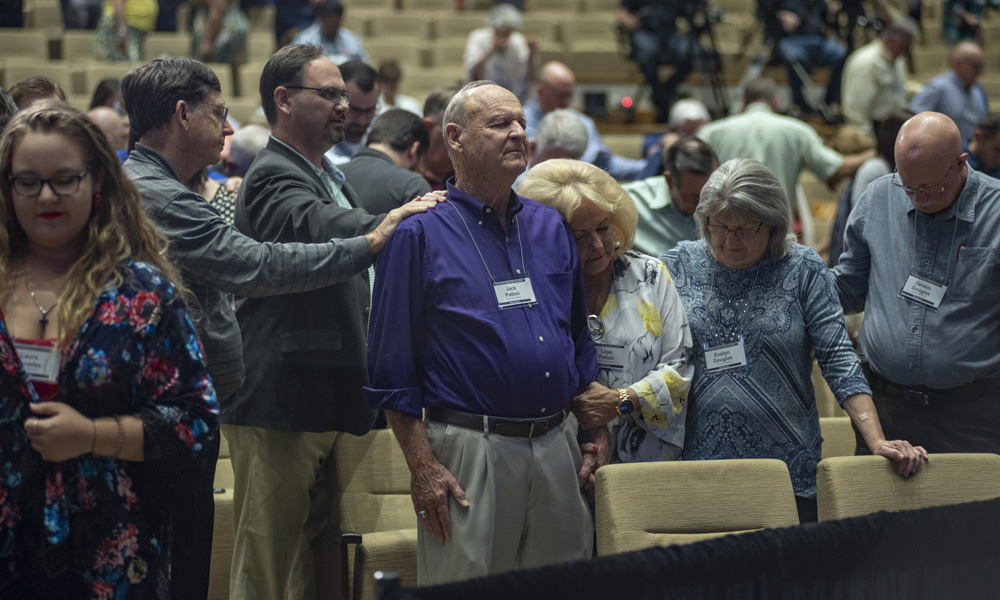 Tommy Green, executive director-treasurer of the Florida Baptist Convention, prayed for God’s church. He asked pastors to pair up with pastors and wives to pair up with wives to pray for each other. The auditorium at First Baptist Church in Orlando buzzed as prayers were lifted up throughout.

Green encouraged the pastors and wives to “pray for a fresh anointing and that our churches have a greater impact in the vineyards of the communities where they are planted.”

Green finished praying “Heavenly father knit our hearts together as one that we may be the church that rises up to reach Florida and beyond with the Gospel of Jesus Christ.” 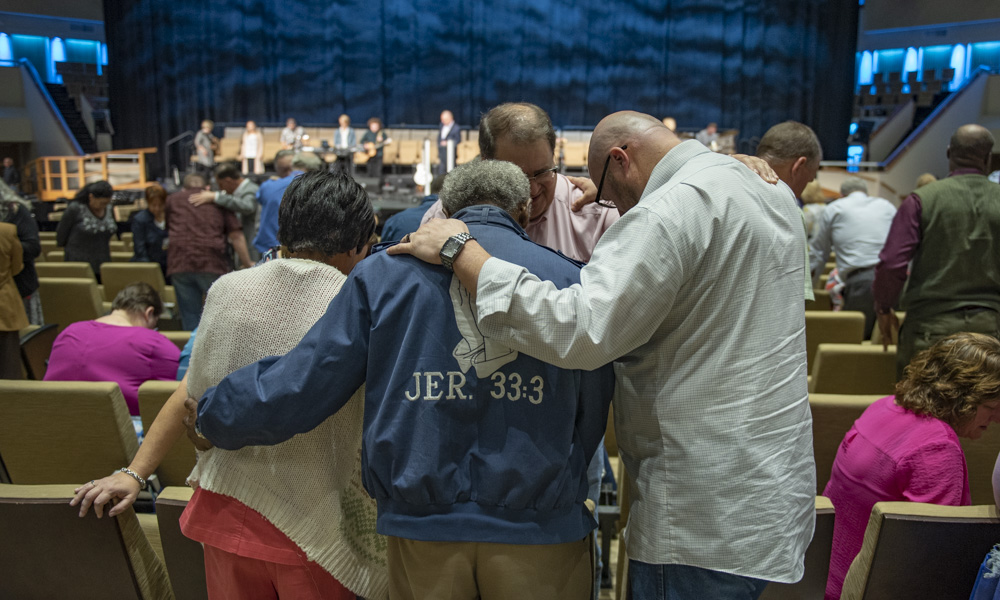 Floyd decries sin of prayerlessness among pastors and churches