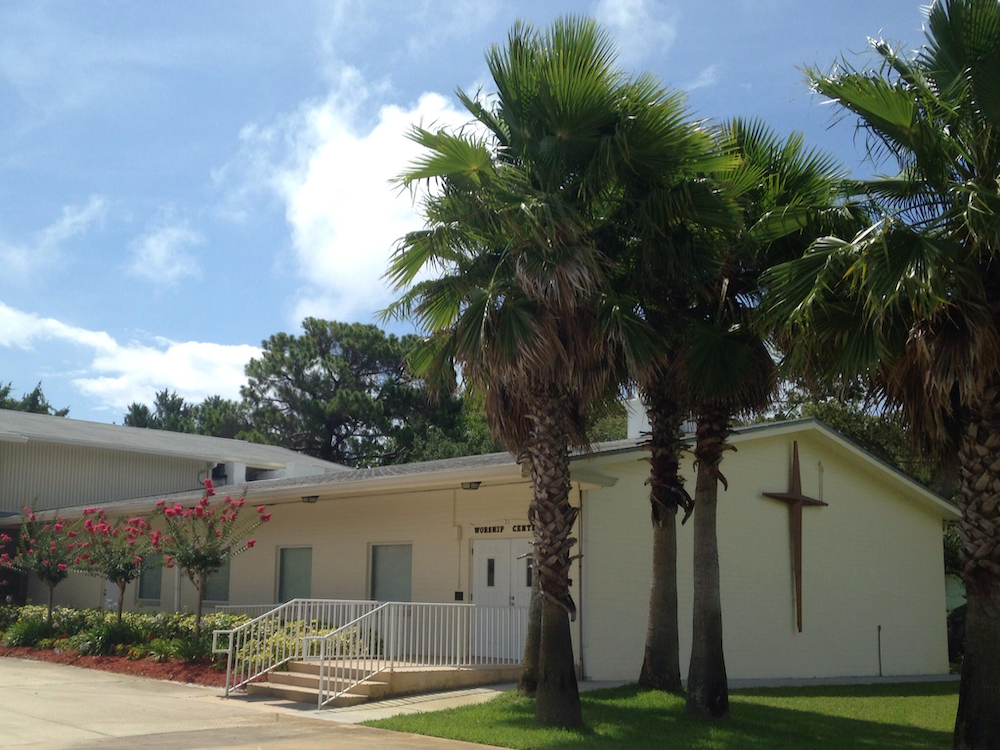 NEW SMYRNA BEACH—Even trials and tribulations caused by COVID-19 could not deter God’s plan to revitalize a struggling congregation in New Smyrna Beach.

Khalil Ayoub’s first Sunday as pastor of Beachside Baptist Church was originally scheduled for Easter 2020. But when April 12 rolled around, due to the pandemic, Ayoub and his family were unable to make the move from Charlotte, N.C. to the church located just south of Daytona Beach.

However, with a technical assist from his former church in Charlotte, the young pastor was able to livestream the Easter worship service for the Florida congregation. 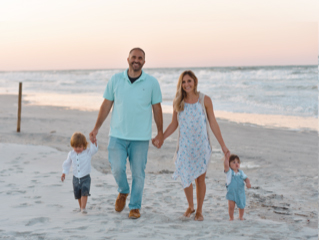 As the pandemic raged for the next two months Ayoub commuted between Charlotte and New Smyrna Beach until his family was able to make the move south in May.

For two Sundays in June the Beachside congregation gathered to worship at the church’s South Pine Street location welcoming their new pastor’s family.

When Ayoub’s wife Alyssa contracted COVID-19, the family, including their two young sons, quarantined for 14 days. Gathering in person as a church came to an abrupt halt.

The church was not able to reopen its doors again until September.

No stranger to Florida, Ayoub, who grew up in Tallahassee, served on a church staff in Port St. John in Brevard County for six years prior to moving to Charlotte. He relocated there to serve as pastor to college students at a megachurch in the city.

His research led him back to Florida, specifically the Orlando-Melbourne area, considered to be the ninth most unchurched and sixth most “dechurched” area in the United States, according to a 2017 Barna report. Barna defines “dechurched” as those who used to attend regularly but have not attended at all in the past six months.

Searching the Florida Baptist Convention’s website, he found a posting for a senior pastor at Beachside Baptist Church.

“I wasn’t certain that I wanted to tackle the revitalization of a church,” admitted Ayoub, but God led him to the declining congregation.

Beachside had not had a full-time pastor in over ten years, and upon arrival he found a small congregation of 25 adults; no children; an old building in need of repair; a lack of computer technology; and a scarcity of church records for the congregation that had begun in the 1960s. The challenge was overwhelming.

Yet one year since Ayoub’s arrival, the church is going strong with about 100 people attending, as well as 14 children.

“I want people to love God, as He is majestic and the source of their life,” shared the new pastor. “Because He loves us so much, because of Jesus, we should love people and provide outreach opportunities that demonstrate that we love our community. Not just Bible studies, but the going part of making disciples.”

The church is located in a residential neighborhood and as one of their first outreach events hosted a fall festival that attracted several hundred folks. As a result some local families began attending services.

“We are begging God for families so we can have a strong children’s ministry,” said Ayoub. “We went from no children to 14 children. God has brought people in the door, leading them, directing them to our church.”

Unity is growing between the older and younger generations now attending, and excitement is rising among the long-tenured members as they see young families come.

“God is beginning to soften hearts and they are becoming willing to be personally uncomfortable for the good of the gospel,” said Ayoub. “People are taking their faith, their walk with the Lord more seriously.”

The church is now preparing to launch door-to-door visitation in March, to ask their neighbors how the church can serve them, and watch for opportunities to share the gospel.

This summer a college group from Georgia plans to travel to New Smyrna Beach to help the church conduct surveys. And they are hoping to find two to three summer mission teams to come and assist them.

Marty Beall, associational mission strategist for Halifax Baptist Association, filled the pulpit many Sundays prior to Ayoub arrival. “This is a loving congregation that by calling Khalil, took a step of faith to reach the next generation for Christ in their neighborhood and New Smyrna Beach.”

Challenge 2025 Breakouts: A Time to Sharpen and Encourage Florida Baptists