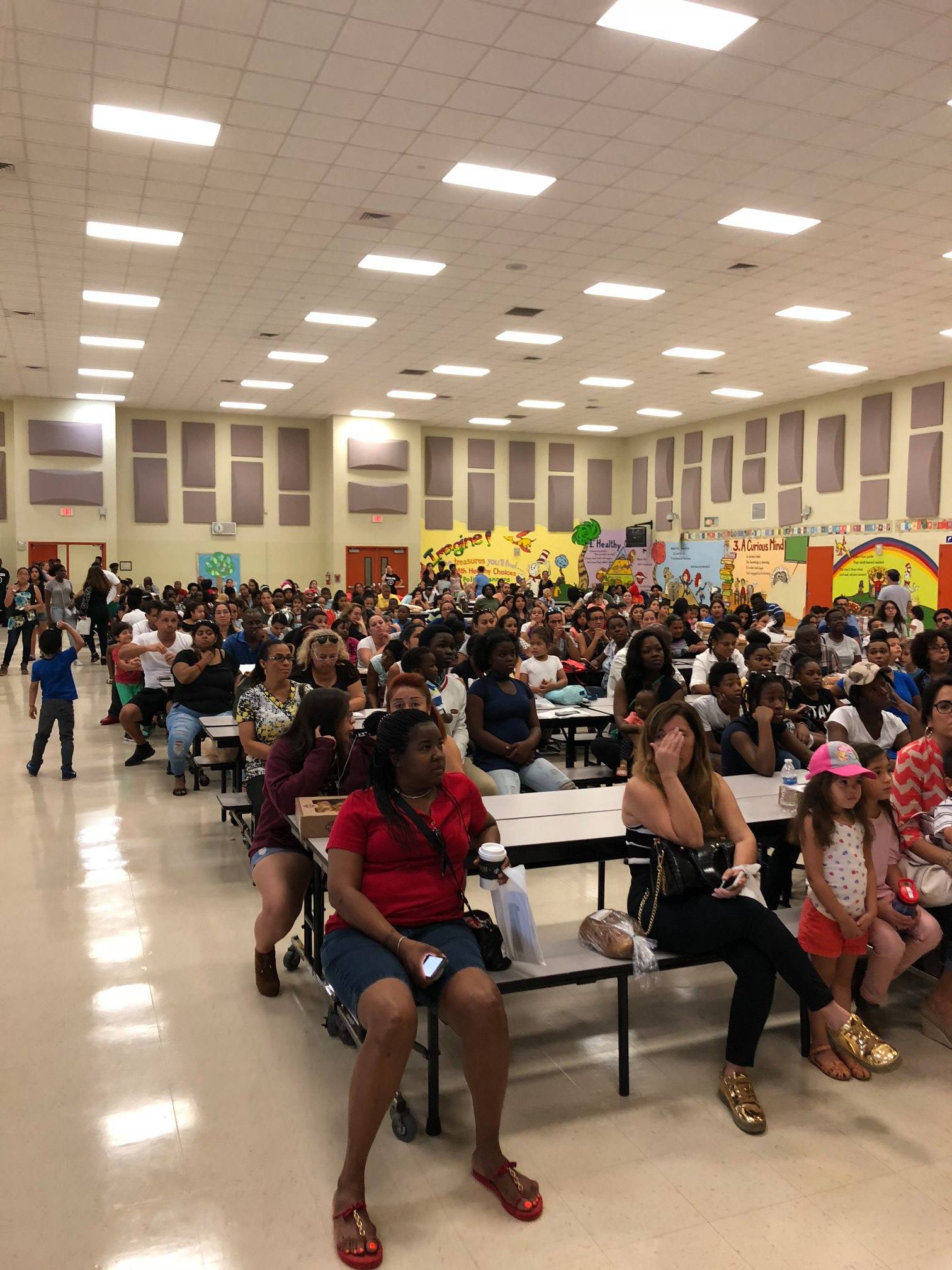 Partnering with parents in Miami

Christ Centered Church in Miami partnered with a local school on August 11th to bring parents a day packed with educational resources.

“The turn out was significantly more than we expected,” said Derek Allen, pastor of Christ Centered. About 300 adults and children came to the event on Saturday morning and even the complementary childcare service provided was at maximum capacity.

Originally the church had the idea to do an event for resourcing church parents but the school reached out with a similar idea for school parents and so the two decided to partner and make the event open to all parents.

“Parenting is hard but we want to help you,” said Allen in a Facebook video inviting parents to the Aug. 11th event.

“We have a generation that doesn’t know what good parenting is because they are products of a culture of divorce, separation, cohabitation and so on,” said Fernandez. “This is why we’re having so many parents, even those who don’t come to church, look to the church to show them how to parent.”

The day was split into four learning sessions. It kicked off with a main session where parents learned about intentional parenting, followed by two breakout sessions which covered calm parenting and communicating with purpose, and it wrapped up with a parenting question and answer panel. The panel was made up of Allen and his wife Lindsay, parents themselves; Jason and Kelly Hill, parents and former members of Christ Centered; and Dennis Dalton, member of Christ Centered and single parent.

“We had lots of questions about technology, behavior control and time management,” said Allen.

The church’s ministries also set up tables at the resource fair to inform parents and students about the church.

“Over 30 parents signed up for our parenting small group… a number of teens also signed up to receive more information about our student ministry.”

In the coming days the parenting small group will launch in a church member’s home and will run for six weeks. Allen hopes that during that time parents will build bonds with each other and the small group will become permanent. The group will follow a video-based curriculum written by the Ethics and Religious Liberty Commission of the Southern Baptist Convention.

“We call it an on-ramp small group; we want to attract parents not just to the small group but to the church family.”

On Sunday morning following the Partnering with Parents event, the church had over 15 first time visitors and three adults made professions of faith in Jesus.