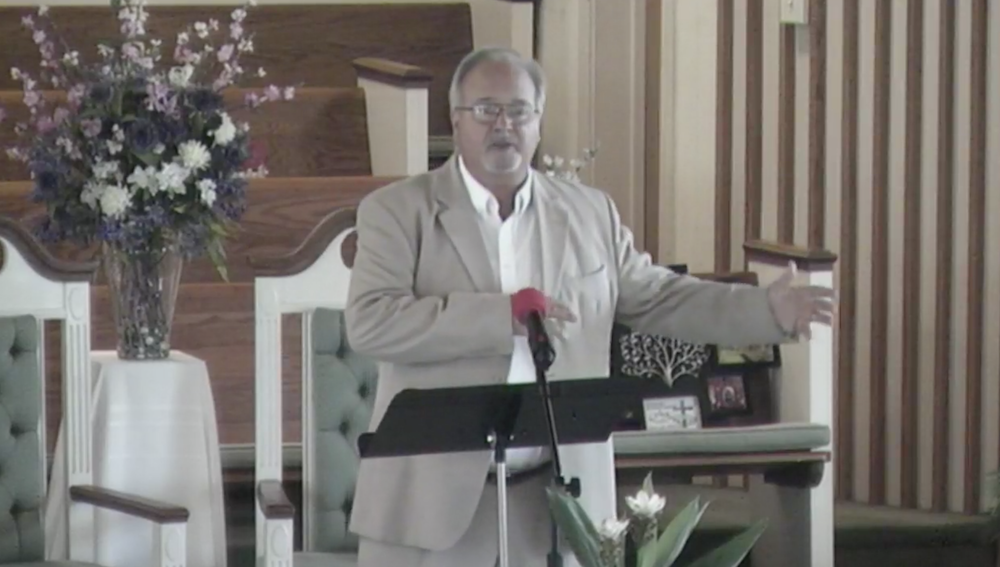 GAINESVILLE–When Pastor Greg Magruder preached his final sermon at Parkview Baptist Church in Gainesville on Aug. 16, he baptized a new believer in Jesus Christ during the service.

He has performed many baptisms at the church over the past 20 years, but this final one as pastor brought his ministry full circle.

“When I first came, the church had not had any baptisms for a while,” Magruder said. “So, the first year I was here the church had six baptisms and we were very excited. I started my ministry here baptizing and I closed out my ministry baptizing, and I’m just really happy about that.”

Something else he’s grateful for is Parkview embracing the Purpose Driven Church model and opening its facilities to the community to become a “24/7 church.”

“Rather than just coming and sitting and soaking and talking to each other, the church is active and out in the community and quite involved,” the pastor said. “We’re known – not for our numbers and size – but we’re known for our service and our ministry and our love for the community.”

The church has always had great facilities, but when he first arrived it was only being used for church services and activities on Sunday morning and Sunday and Wednesday evenings.

“So we gradually over a period of 20 years became a place where community groups could use our facilities and do their ministries,” he said, noting at one point there were about 16 different groups meeting at the church. “We became what I call a 24/7 church.”

One of the first things the church did to reach its neighborhood was to create a community garden in an area behind the church’s location on NW 13th Street just north of the city. With a polluted Superfund site less than a mile away, many homeowners in the area were unable to plant a garden in their own yards due to soil contamination.

“It became a real way to reach the community and break down those barriers,” the pastor said. “The garden is still going on with a mix of church families and community families using it.”

About five years ago a church member suggested opening the Wednesday night dinners to the public as a free meal.

“So we spread the word and pretty soon – since we are on a bus line – people from all over Gainesville heard about it,” he said. “At one point before the COVID-19 virus hit, we were feeding up to 200 people every Wednesday night.”

Years ago when the church adopted the Purpose Driven Church model based on the church growth philosophy developed by Rick Warren of Saddleback Church in Lake Forest, Calif., members also adopted one of its slogans – “Every member’s a minister.” It has had a big impact on the church, Magruder said.

“Every member’s a minister – people have been willing to do that and they are the ones who’ve come up with all these creative ideas,” he said. “Like the community garden and food ministry on Wednesday – those weren’t my ideas. They came out of the grass roots of the congregation. People had a vision and they went for it. God just made it work. I have great joy in that.”

As he retires, Magruder said he and his wife plan to do some traveling this fall, but Gainesville will remain their home as this is where their grandchildren live. He also plans to do some writing.

“I have some book projects in mind, so I plan to finally get after that,” he said.

After his final sermon, church members gathered to honor the pastor and his wife with a special roast event and meal. Magruder based his final sermon on Paul’s farewell to the church at Philippi, offering his church a similar two-pronged challenge. He told them: “Parkview can’t go wrong if you give glory to God and continue to receive God’s grace.”