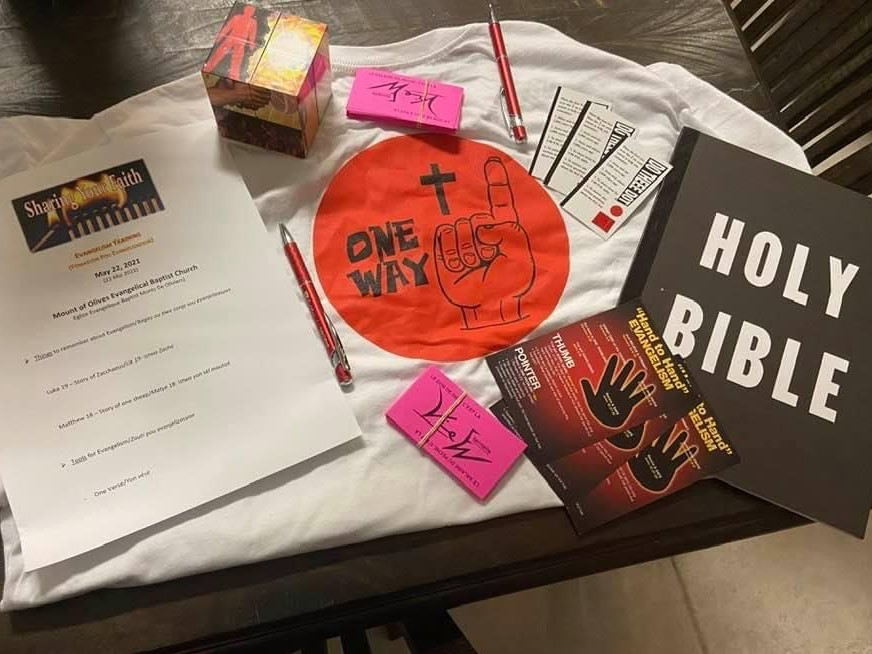 PALM BAY–“We are looking for lost souls; we focus on evangelism,” said Jnmarc Molme, pastor of Mount of Olives Evangelical Baptist Church in Palm Bay. “So many people are lost, we need to look for them.”

With the church’s motto of “Preach the gospel, make disciples, leave no one behind,” the Haitian congregation hosted a personal evangelism workshop May 22.

Led by Craig Culbreth, Florida Baptist Convention catalyst for the east region, the goal of the one-day seminar was to prepare the congregation to share the gospel more effectively in their community.

The workshop, a first for Mount of Olives and local Haitian congregations, was open to members of all area churches. 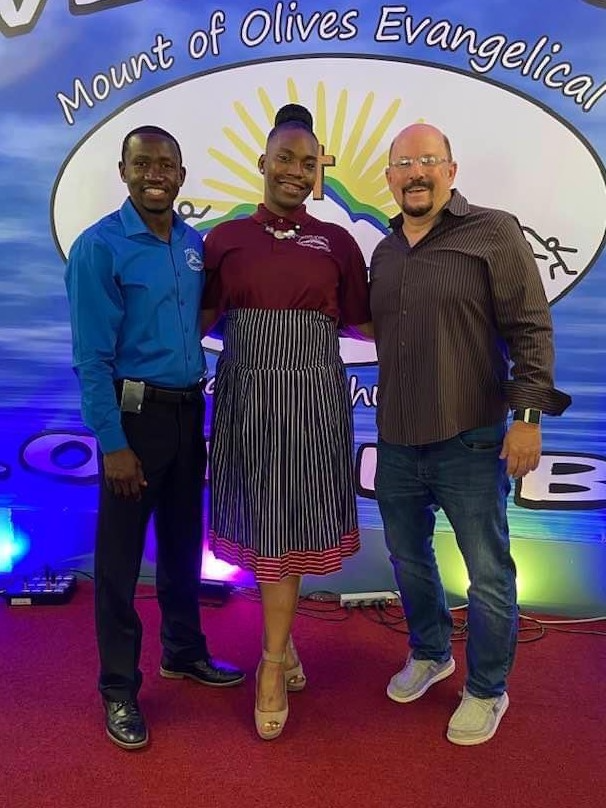 Molme and his wife Bulaine, both originally from Haiti, first heard of the city of Palm Bay when the young pastor was attending classes at the New Orleans Baptist Theological’s extension campus in Hollywood.

While preaching at a three-day church conference in the city in 2015, Molme saw firsthand the need for new churches in the central Florida community.

Three years later, believing that God was calling them to plant a new church, the couple began visiting Palm Bay Haitian churches and becoming acquainted with the city.

They launched Mount of Olives in a local park September 2018 with nine people in attendance. None were involved with other churches.

The fledgling congregation moved into their current storefront location on Babcock Street in February 2019. And after commuting from their home in Ft. Lauderdale for over a year, the Molmes relocated to Palm Bay that July.

Like most churches, Mount of Olives was forced to make adjustments during the pandemic, livestreaming their services for several months.

“We had to rethink the way we did things as a church, but evangelism was still a priority,” shared the pastor’s wife.

Appointed as North American Mission Board church planters in 2020, earlier this year the couple attended a meeting for church planters and wives hosted by the Florida Baptist Convention in Jacksonville.

During the conference, many of participants spoke of the necessity for sharing the gospel in church planting, renewing the Molmes’ evangelistic commitment.

In discussions with the congregation, church leaders agreed evangelism was key, but there was one problem – the people had never had any evangelistic training.

After much prayer, they invited Culbreth to lead the half-day evangelism workshop in May.

“The workshop was open to anyone in the community and we personally called and invited all the Haitian churches [in Palm Bay]” said Bulaine.

The 40 participants included several from local churches who learned that effective evangelism is basically telling their own faith stories. They were encouraged to share the gospel with one person.

“People were so excited,” said Bulaine, “and amazed at all the ways that you can share the gospel.” Culbreth provided participants with evangelism materials and tools to take home and use.

The materials came in handy to one woman, who said the workshop was the first time such training was open to any participant. She was excited to learn how to use the EvangeCube, she said.

In addition to leading the church, Molme works part-time at a mechanic shop, while his wife teaches math at a public junior high school. They are the parents of three young children.

Along with their local ministry, every July for the past eight years, the couple traveled to Haiti with a team of volunteers to help train pastors, conduct vacation Bible schools, lead women’s conferences and construct church buildings in the northwest region of Haiti.

“We are a church that came to the community to serve, not to have people serve us. We believe that God has called us here to search for lost souls,” said Molme.

“It brings joy to our hearts to bring ‘fresh water’ into the community. We are very blessed to see the fruit God is producing through the work at Mount of Olives.”