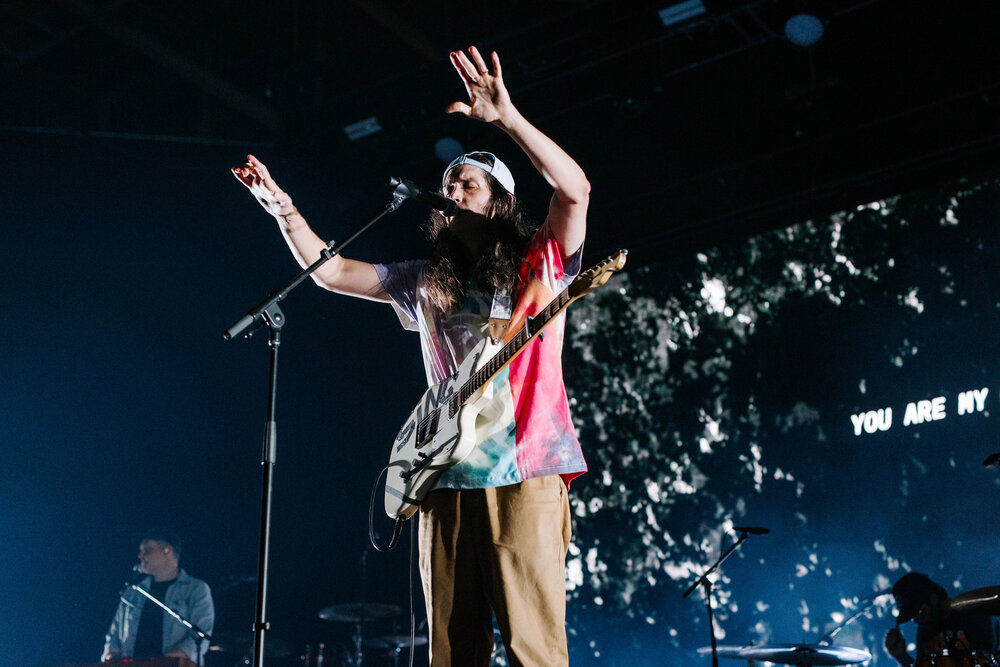 The night consisted of worship sets from Passion Music and singer Sean Curran, along with a message of worship as a living sacrifice from Grant Partrick, a pastor of Passion City Church in Atlanta.

At the conclusion of the night and following days, ONE NAME Orlando saw 21 college students make professions of faith in Jesus Christ, more than 150 students rededicate their lives to Christ, and 150 students get plugged in a local church.

Envisioned by former UCF Baptist Collegiate Ministries (BCM) president Austin Nipper, ONE NAME Orlando was created as a night where the Central Florida community of could experience and respond to the one name of Jesus. It targeted college students—especially those involved in Greek life—as well as the community.

“The idea for ONE NAME Orlando came from a desire of just a few UCF college students to see the gospel go out to the city of Orlando,” Nipper said. “We met at a picnic table at Lake Claire on UCF and wrote all our ideas down on a napkin! It was incredible, but we had no idea what God was going to do through that.”

The meeting became the catalyst for an entire new ministry that would become the backbone for ONE NAME Orlando.

With more than 3,000 Greek Life students at UCF, Nipper began thinking of ways BCM could be intentional in showing these students the love of Jesus. 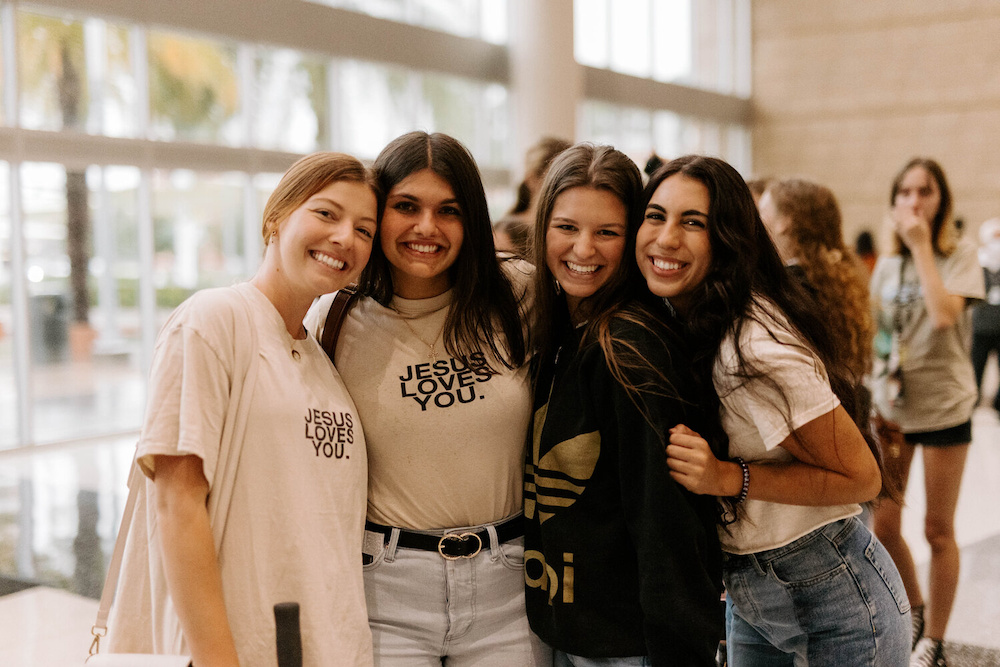 During the meeting, Impulse Ministries Inc., a ministry specifically designed to reach students within fraternities and sororities was born, Nipper explained.

Nipper was serving as BCM president under the leadership of Florida Baptist campus minister Brad Crawford at the time. “His humble leadership and encouragement allowed me to be able to pursue this desire that God had put on our hearts for the event to even happen.”

It was also then that the young man felt called to full-time ministry and previously worked with Crawford and the North American Mission Board (NAMB) as a campus minister specifically to reach college students involved in Greek life on campus.

Elijah Barnes, former BCM worship leader, came alongside Austin in the planning process for the worship gathering. When it came to putting the pieces of a large-scale event planned by college students together, Barnes was a first-hand witness and participant in making it happen.

“Here’s this thing we are trying to do that requires a lot of faith. With an event this big, and all the finances donated, there was a careful balance we had to work with of trusting God with the resources He put in our hands, but also being good stewards of it. We had to know and believe that God finishes what He starts,” Barnes said. 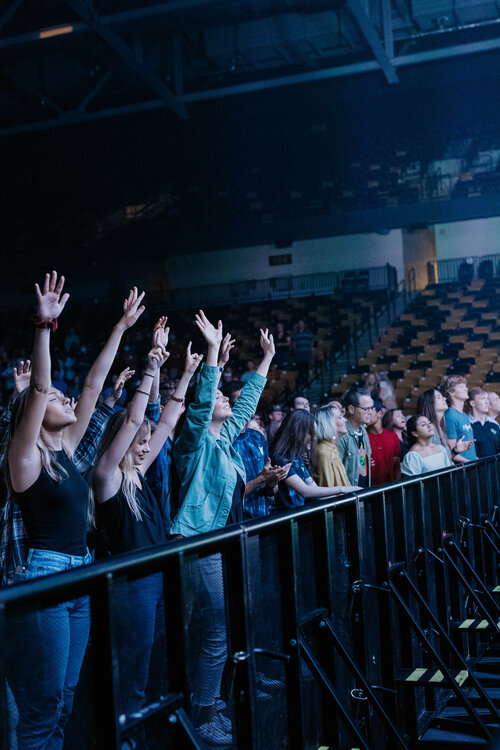 Although met with criticisms and doubts about the future success of the vision, the team of college-aged leaders began saturating Greek Row with the gospel message, all while planning for a night of revival in Orlando.

In the days after the launch of Impulse Ministries and seeing God grow the ministry to seven Bible studies hosted within fraternity and sorority houses, hundreds of students in attendance of worship night events, and the multiplication of Christ-following leaders, the excitement around ONE NAME Orlando began to permeate the UCF campus.

According to Emma Turtle, Alpha Delta Phi sorority member and Impulse Ministries leader, “Impulse gave me a community of believers who love each other well. This ministry helped me dive deeper in my faith and taught me how to become a leader that points people to Jesus and not to oneself. This became part of the ONE NAME vision.”

Planning for the event began in 2019 and had an original date set for 2020. Through obstacles and challenges brought on that year, the night of worship was continually rescheduled. Despite these difficulties, the team of BCM and Impulse students were still able to plan a high-caliber event with artists and speakers from Passion City Church.

“The Bible says, ‘The harvest is plentiful, but the laborers are few;’ and that is especially true on college campuses today,” Turtle continued. ”ONE NAME, by the grace of God, helped to grow the laborers here on UCF’s campus when decisions for Christ were made, eternities changed, and souls ignited to share the Good News of the Gospel.”

After seeing ONE NAME to fruition and graduating college, Nipper is enthusiastic about the call of ministry on his life. “I am so in awe of God moving in our world today. To anyone who is wondering if God can do something like this on their campus, just remember, He is good, He is faithful, and He is able. He can be nothing but.” 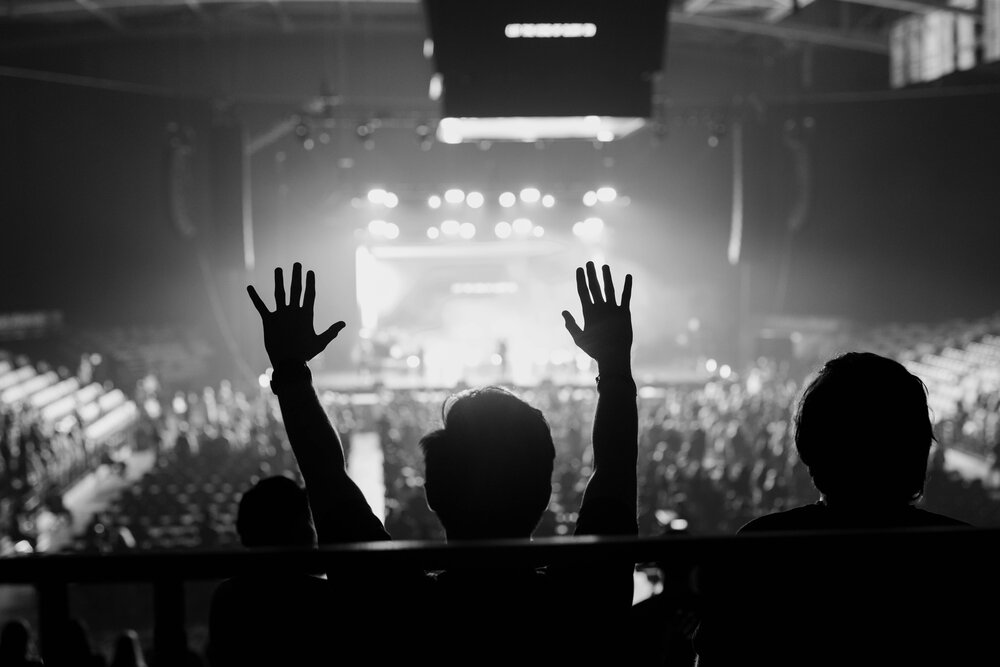 Kelsie is most passionate about the intersection between faith and culture, the driving force behind acquiring her bachelor’s degree in advertising-public relations with a minor in marketing at the University of Central Florida to become the marketing director at CrossLife Church in Oviedo, FL. She is devoted to fusing her communication and design skills harmoniously to create impactful moments and tell important stories for the glory of God and the good of her neighbors.