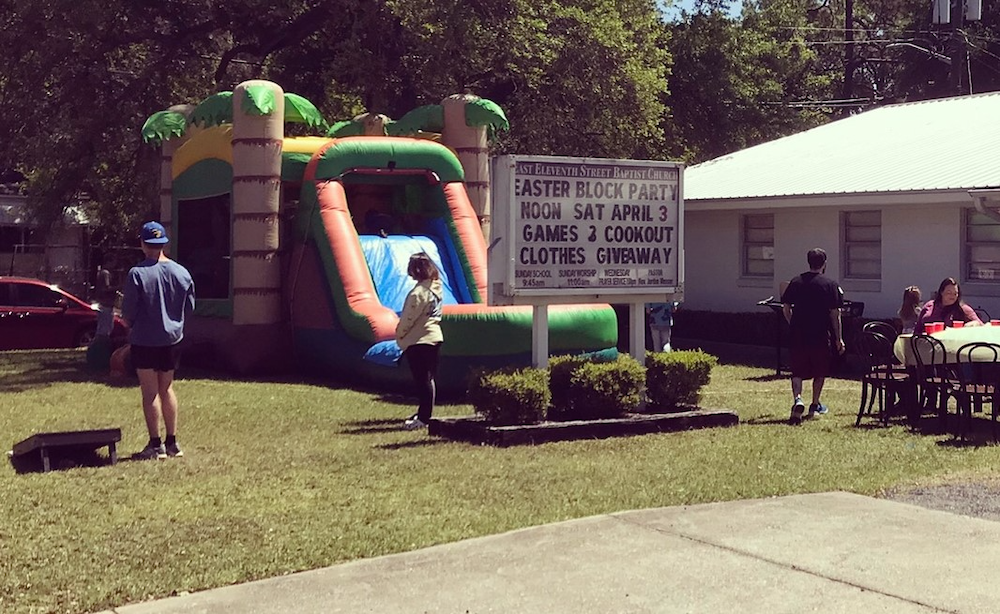 JACKSONVILLE– It was the first baptism in a decade to take place at the 74-year-old East Eleventh Street Baptist Church in Jacksonville–a young couple who wanted to be back in church. The wife was a believer in Jesus but had never been baptized; the husband had just become a believer after attending the church for a few weeks.

They were both baptized in April 2019 and are now faithful members at that church, along with their two children. For many, their baptisms signaled the revitalization taking place in the seven-decade old church.

“Remember the churches in the forgotten places,” said Jordan Messer, pastor of the church. “Sometimes I get the sense that the older established churches are forgotten, but we’re here too, trying to do gospel work.”

Located near the Springfield community north of downtown Jacksonville, East Eleventh Street church began in 1947 holding outdoor meetings under a tent on their property. In 1948 the building was completed, and the church has served as a fixture in that location ever since.

“This is not a thriving area of town,” said the young pastor. “There are lots of transient folks, renters, non-traditional families. People either live here for a really long time or they are renting until they can find a better place; lots of coming and going.”

Messer grew up in Jacksonville attending North Jacksonville Baptist Church, where as an adult he led small groups and taught Sunday School.

When the pastor at East Eleventh Street church became ill in 2016, Jordan, along with several other North Jacksonville men filled the pulpit for many months.  Realizing he was unable to return to the church, the long-time pastor stepped down. 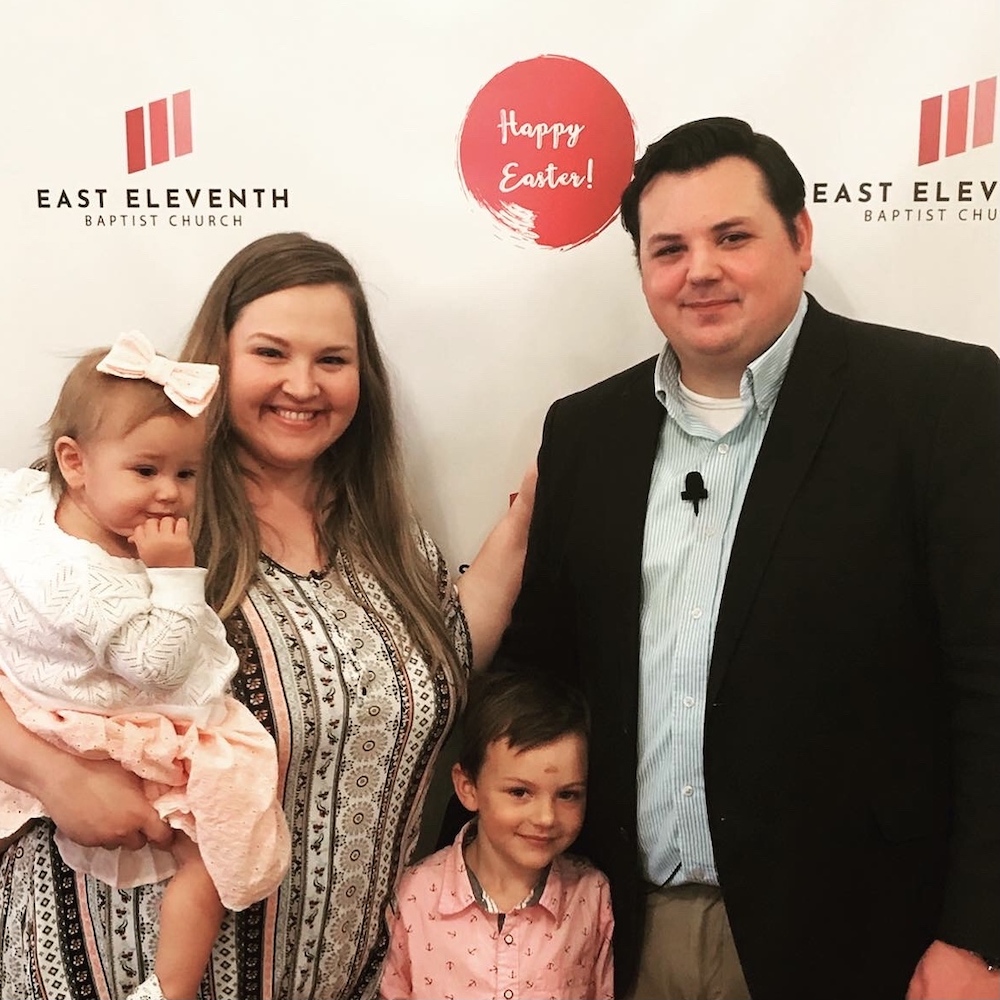 Then in June 2017 Jordan saw his desire and calling to the pastorate fulfilled when the East Eleventh Street congregation tapped him as pastor. “I love the church here, they’ve taken real good care of us,” he shared.

Messer is bivocational, working in corporate client services for a large U.S. bank. And if the bank job and church work were not enough, the father of two preschoolers completed his master of divinity degree from The Southern Baptist Theological Seminary in Louisville, Ken. this past December.

“The Lord has given me the time to do the things that He needs me to do. The church understands that I have another job and they are good about not making unrealistic demands,” said the pastor.

While the church has experienced a steady decline in attendance over the years, Messer’s vision for the congregation includes making the presence of Jesus real and alive through worship services and outreach in the community. That vision is fueling the revitalization.

He believes he has brought a more outward attitude to the church toward ministry to the community, as he has worked to foster a renewed focus and heart for their neighborhood.

To that end they impacted about 70 local families when the church provided school supplies and backpacks for children in the community. In December, the church hosted a food and clothing give away. The congregation was “overwhelmed with the community response,” he said.

Since Christmas 10 new people have been attending Sunday services and have expressed an interest in membership, and a woman will soon be baptized.

And just this past Easter weekend, the church threw a block party offering outdoor games, inflatable bounce house, sidewalk art, food and clothing. The Gideons were also there handing out Bibles to all who attended.

The church was greatly encouraged by their record attendance on Easter Sunday. 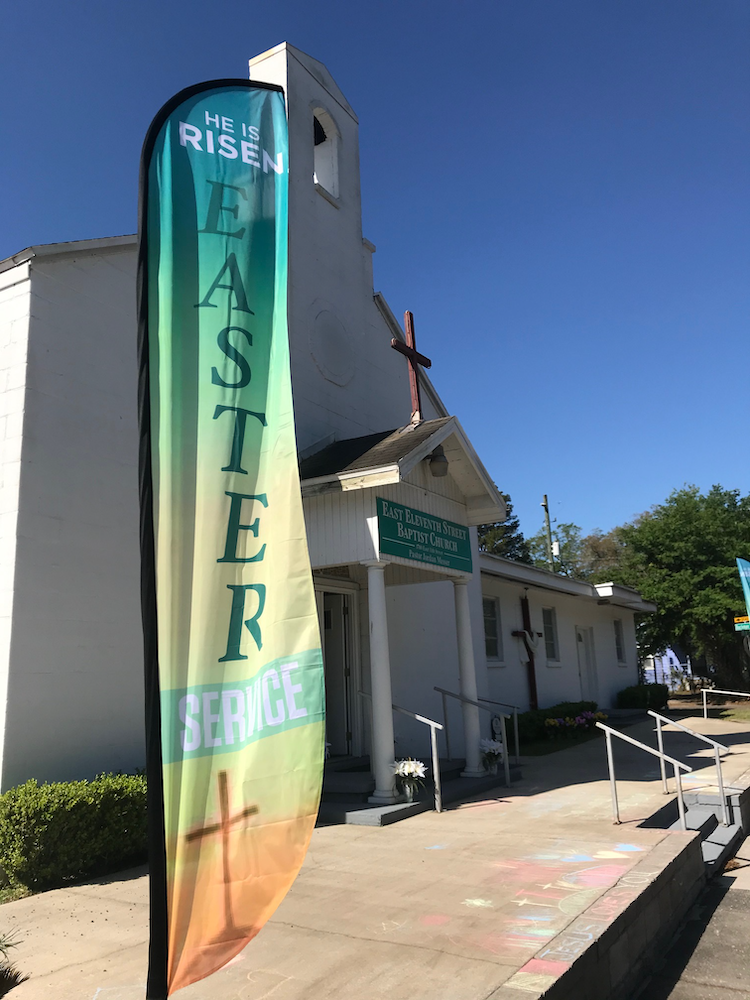 As pastor, Messer is now seeing “the spiritual temperature of the congregation really rise,” as they have more interest and engagement to reach the neighborhood, as well as a greater willingness to be flexible in how they do church.

“I believe that the Holy Spirit has been at work these past few months; in the services I sense that folks are coming with anticipation of what the Lord wants to do with their church, ministry, and activities,” said Messer.

According to the pastor, the Florida Baptist Convention has “shown themselves to be a very supportive partner.” The convention is helping the church financially with facility repairs.

And Messer is thankful for the encouragement and help Craig Culbreth, the Convention’s east region catalyst, has been to him.

“Pastor Jordan Messer is doing an amazing job of revitalization in a church that is now making a difference in the community,” said Culbreth. “I am thankful for courageous young men like Jordan who are willing to work hard in a challenging situation.”

First Sebring leads 373 to Christ during 12 Hours of Sebring