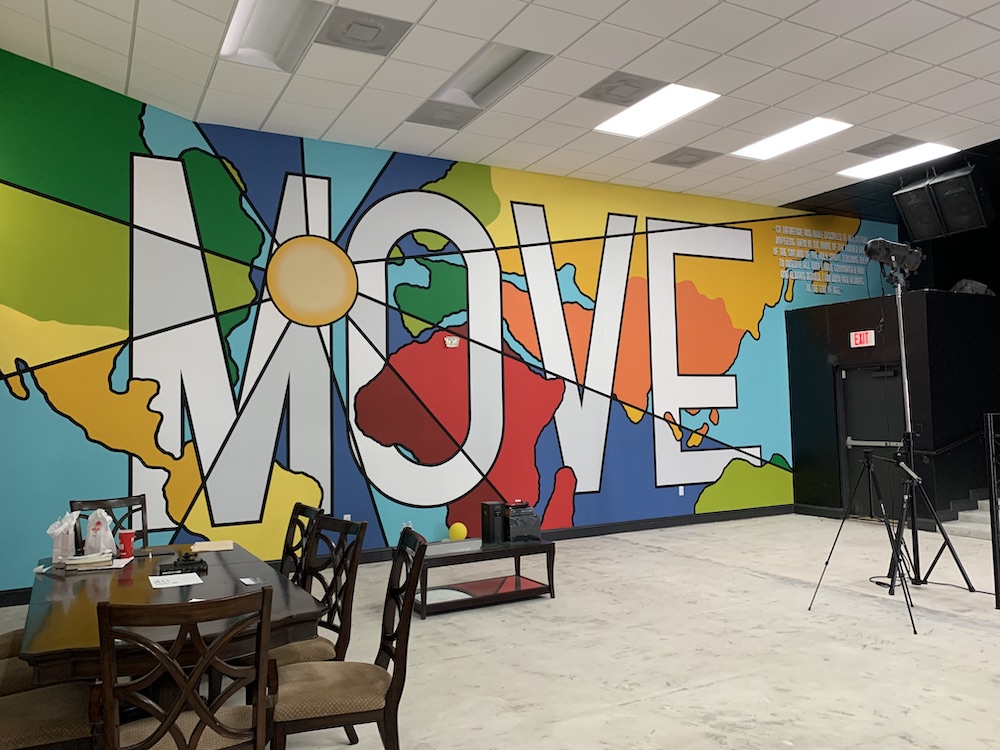 “It was a God thing,” said Sanders, who is excited The Movement can remain in the community where it has ministered for more than four years. Located just down the street from where The Movement once met in a small store-front like space, the King’s Way building is exactly what Sanders was hoping to find to better serve the people in the southern tip of the Florida Peninsula.

The church family has already started some remodeling work to bring the building on Homestead’s West Mowry Drive to code and adjust it to their needs. An upstairs space currently being used as a summer camp and overflow space behind sanctuary has been transformed into classroom spaces for children and teens. 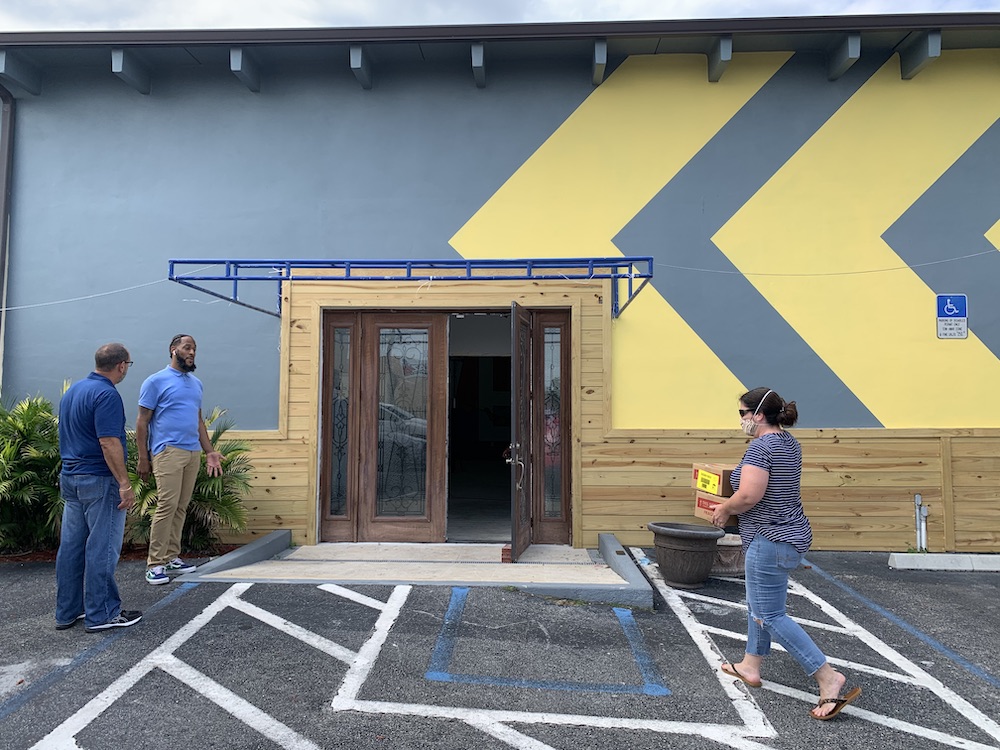 Sanders plans to renovate the kitchen currently being used to prepare and serve food to the community on Wednesdays into a café style area to host casual conversations that can turn into Gospel presentations. Across the parking lot is another complex, formerly used as classrooms, that will in the future serve as office space.

“Our goal is not to get all of Homestead, I try to focus as much I can in the people near us. We hope to function more like a parish,” said Sanders. “When it’s all said I done I don’t want it to be said ‘that church wasn’t aware of what was going on in the community,’ I want to focus on the man walking down the street and the shop owners next door.”

Talks to move into the new location surfaced in November 2019 when Sanders attended the grand opening of Restoration Church to celebrate that church family moving into a new space. At the gathering, he met a former member of King’s Way church who suggested Sanders contact the church’s pastor to inquire about gifting the building.

“I thought to myself this woman is just giving this man’s building away,” quipped The Movement pastor.

But Sanders met with Jacob Krehbiel, King’s Way pastor, and discussed several options, including sharing the space. “I was happy with that because even that was a win for me,” said Sanders. Eventually, Krehbiel called back and said, “We just had our last service, the building is yours,” Sanders recounted.

“We really wanted to see God honored with the continuation ministry of King’s Way,” said Krehbiel of the disbanded church. “Many people came along the way over the years, but we never aligned with them the way we aligned with Corey and The Movement Church’s vision to serve the community.”

Two families from King’s Way are currently attending The Movement and Sanders is grateful for the opportunity to continue King’s Way legacy of serving the Homestead community.

“When we moved in there was a homeless man sleeping here,” said Sanders indicating a space by one of the building’s doors. “We gave him a room in the building that was used for Sunday school and gave him a job as the groundskeeper.” Sanders hopes to help the man move forward and eventually be able to rent his own place to live. “I can’t just kick him out of here because he represents the people we are trying to reach.”

“I have to be aware of what’s happening in our community,” he said. “We want to work on installing sinks, so homeless guys can come wash their hands and get some drinking water.” While he concedes that some church families may be uncomfortable with people suffering from homelessness hanging around, he strongly believes that the church is called to love everyone– people without homes included. 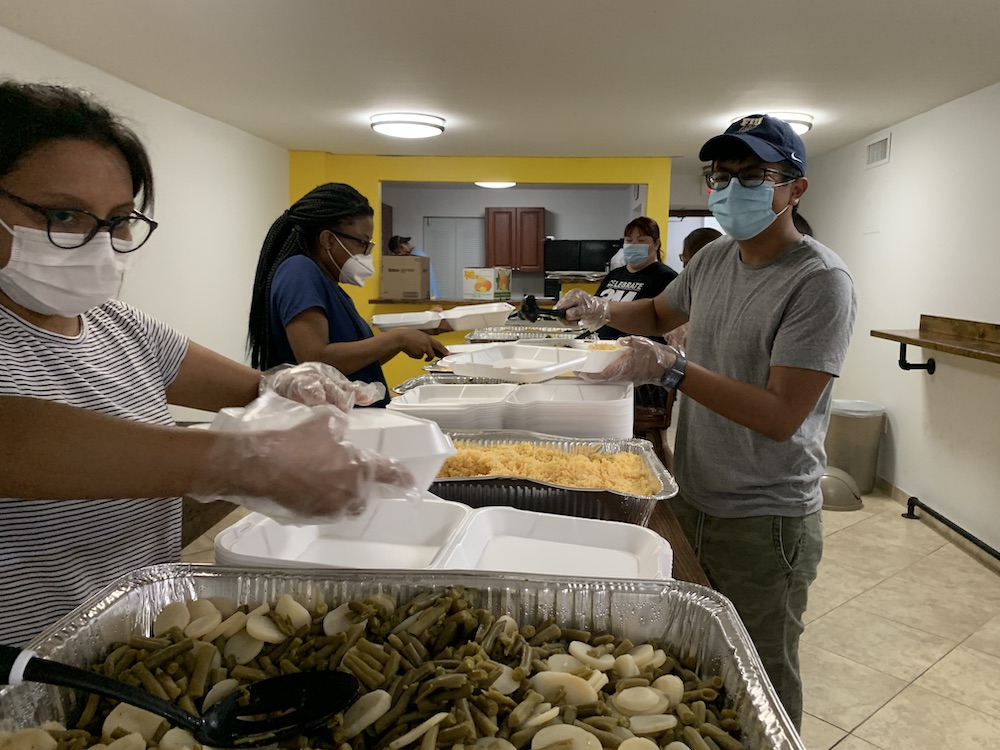 As the tour of the new grounds on that Wednesday afternoon for this reporter wrapped up, a line began to form just beyond the church gates of men and women and children coming to get food the church was giving away.

“I have to get to work,” Sanders said as he trotted off to join the serving line.