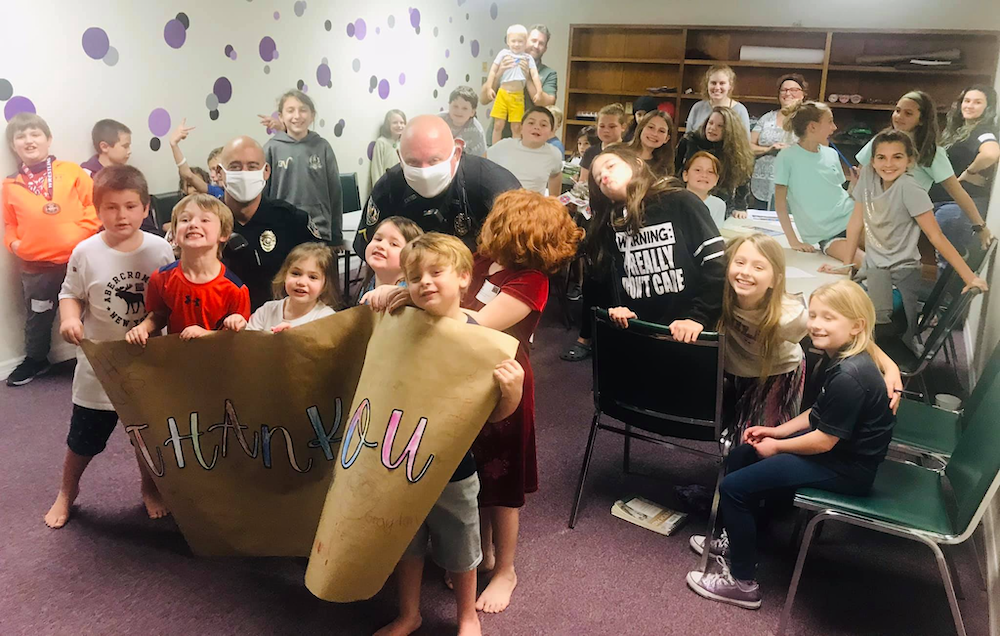 FRUITLAND PARK— While living in the midst of a pandemic has left many folks feeling isolated and lonely, mission-minded youngsters in Fruitland Park are working to bring a sense of love and companionship to their local first responders.

“In such a strange year, it might seem pointless to try to connect with new people because you don’t know how safe they feel,” explained Allison Turner, director of children’s ministry at Heritage Community Church.

However, she added, “it is increasingly important to connect. We don’t know who is feeling extreme isolation right now and reaching out to show that you see them and care for them makes a huge impact.”

And that’s exactly what the central Florida church’s Children in Action and Mission Friends did for their local first responders. The two groups, mission education organizations of the Woman’s Missionary Union committed to instill in children and preschoolers a love of God and missions, were challenged at the first of the year to spread kindness to others.

Then came the opportunity to put what they have learned into action.

In mid-February, lead pastor Sidney Brock approached the Fruitland Park chief of police to invite interested officers to the church to be recognized and receive a gift of appreciation. 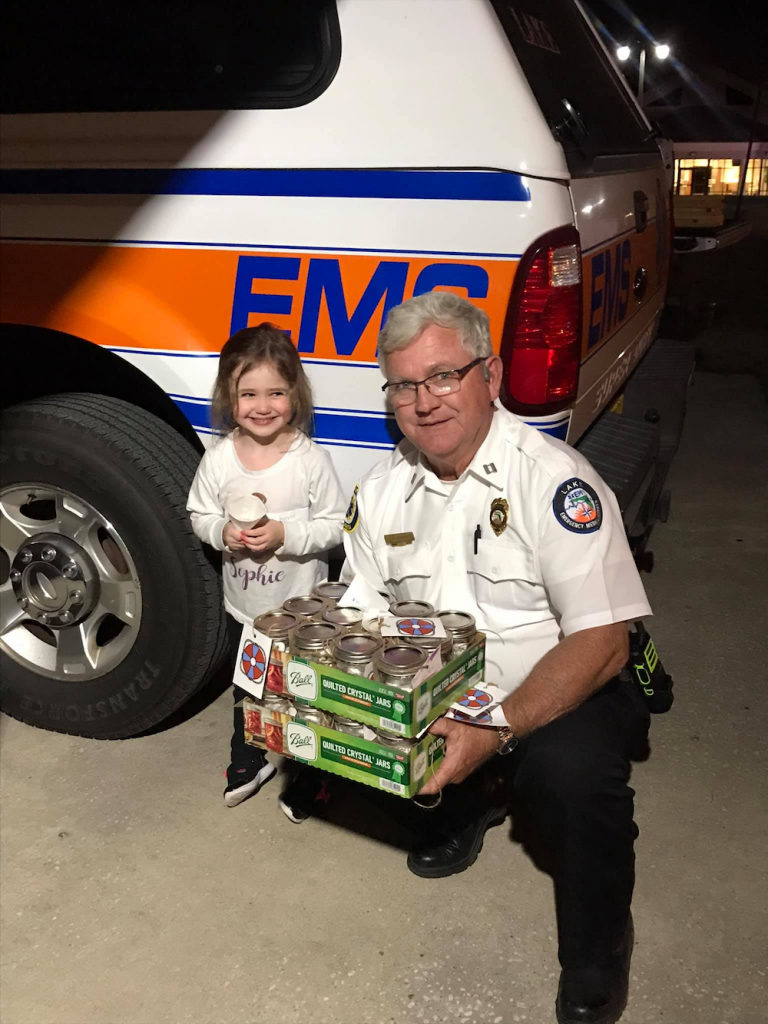 On that Wednesday night, the children filled 40 mason jars with Lifesaver mint candies. They wrote notes on the back of tags that read, “You’re a lifesaver!” and tied them onto the jars with twine.

When the officers arrived at the church, the Mission Friends held up a “Thank you” banner they had brightly colored for their guests. The evening proved to be a big hit with both the children and officers.

“We haven’t been able to do many of the outings in missions this year, so being able to serve and show someone how thankful we are was really a blessing to our groups,” said Turner.

“There are plenty of ways to show God’s love and shine His light in the world that don’t cost a penny. We continue to encourage our kids to talk to someone at school who is sad or lonely, to handcraft a card for someone they love, to wash the dishes at home without being asked. Simple ways to show that they care,” she continued.

Outreach events give children an opportunity to put what they have learned into action, said Cindy Bradley, director of Women’s Missions and Ministry/Mission Education of the Florida Baptist Convention.

“These simple acts of children showing God’s love often give the adults who accompany them the courage and boldness to expound on the conversation,” she said. “Children often open doors in the community that adults cannot. Most people will stop to listen to a child who wants to help them or serve them in some way.”