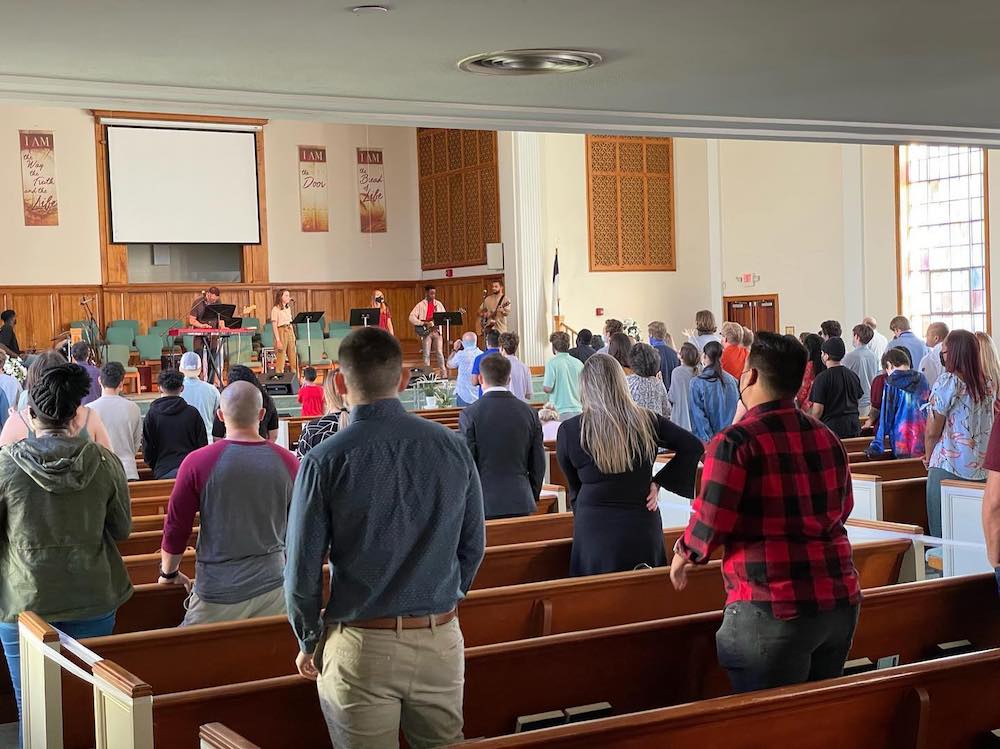 Miami churches merge for the expansion of the kingdom

MIAMI SHORES— Miami Shores Baptist Church, launched in 1947 in a thriving Miami neighborhood, opened its doors in 2020 to host Grace Church in Miami, a new church plant launched in March 2019, for the fledging congregation to share the older congregation’s facilities.

Just recently the two churches merged as one. As Grace Church, the combined congregations can start anew reaching its changing community with the gospel of Jesus Christ.

As with many mid-century churches, the historic 73-year-old Miami Shores church had seen ebbs and flows, from its glory days of reaching as many as 1,500 in membership to today where less than a hundred members gathered.

By welcoming the growing new church plant and merging as one, Miami Shores has honored its past while embracing God’s plans for the future, said Al Fernandez, southeast regional catalyst for the Florida Baptist Convention. 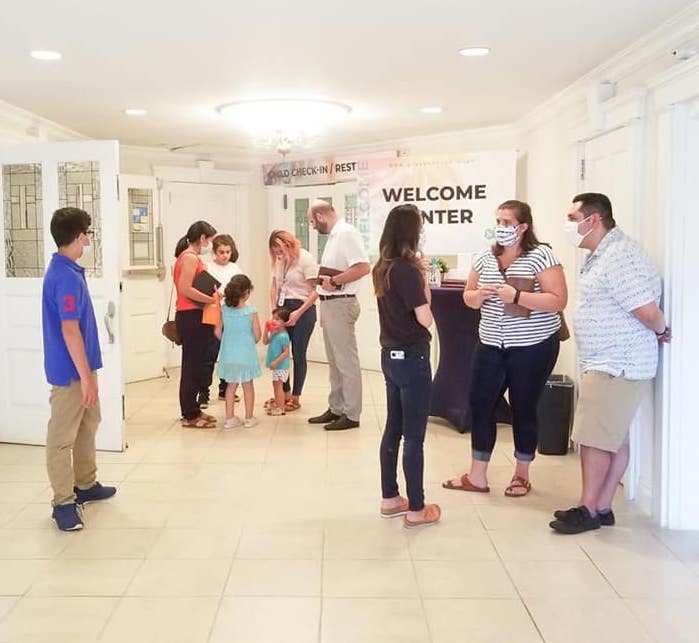 “It’s so encouraging to have witnessed a historical 73-year-old Southern Baptist church willingly for the sake of the expansion of the Kingdom of God, merge with and give their extremely valuable property to a three-year-old growing church plant,” he said.

Eric Bancroft, Grace Church pastor, said talks of merging began in April 2021. “When our teams started meeting, we went slow,” he said. “We wanted to have time to get to know each other…We were very humble as not to impose on the Lord’s will.”

In Miami, real estate is expensive and limited causing many church plants to struggle to maintain future viability without property. “But we didn’t want to make that uncertainty an idol and that meant that we had tremendous freedom to live by faith, not get distracted by the process, and not be overwhelmed by the ‘what abouts’.”

Both churches began visiting each other’s worship services. They read through the book of Acts together reminding themselves of what the early church looked like. They prayed for each other. This eventually grew to joining together in Christmas and Easter celebrations.

“The idea was to go beyond the biographical,” explained Bancroft “we are bringing two families together and that needs time.”

First, there was a relational component where both churches know of each other, the pastors knew each other as well, and Grace’s associate pastor led worship for Miami Shores when it was without a worship leader. 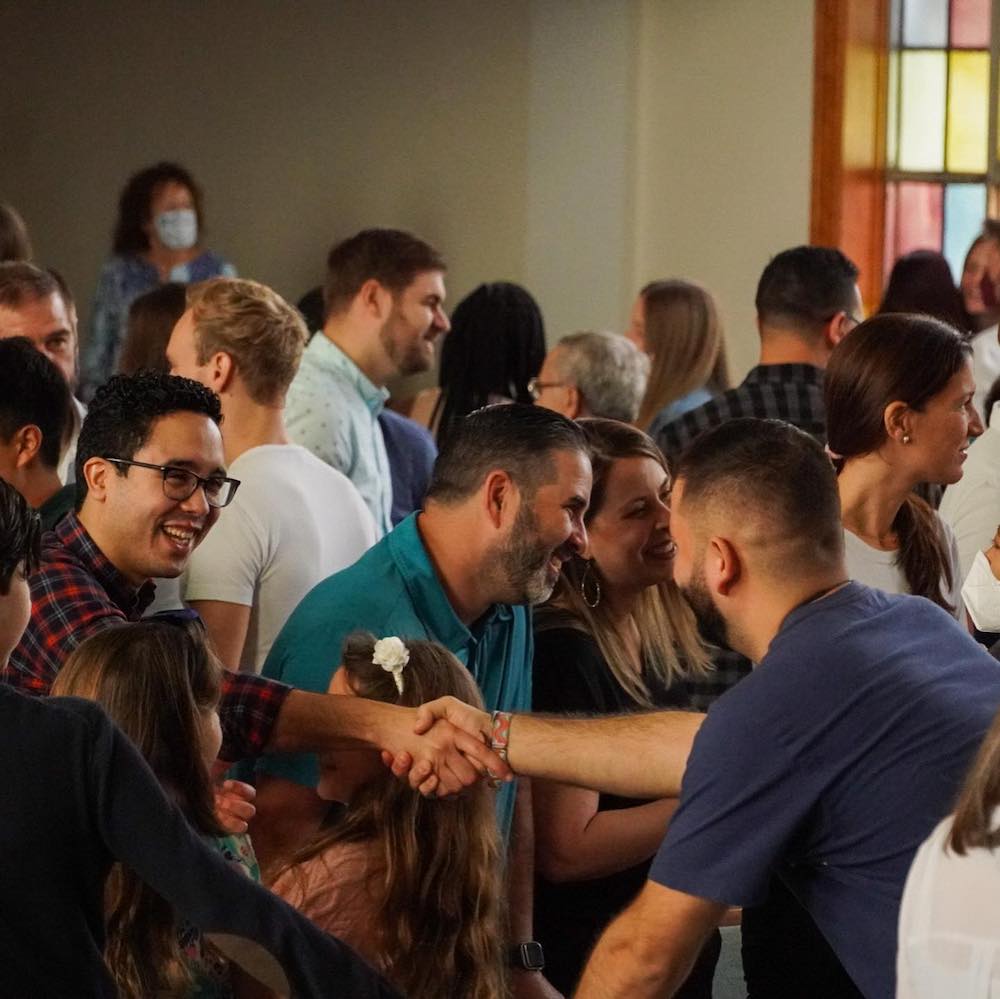 Fruitfulness was the second influential component. “Grace Church was and continues to be fruitful by connecting well with non-Christians and new Christians and Miami Shores longed to be able to do that again” Bancroft added.

Finally, doctrinal alignment made the merger ideal. “We are two Southern Baptist churches that aligned doctrinally and there is a level of trust there.”

While coming together as Grace Church, they will keep the Miami Shores’ ministry programs and Sunday School schedule. They also will be more active in the Miami Shores community by making it a priority to attend community events to connect well with the families.

“Overall, we want to re-introduce ourselves into the community. Miami Shores has faded from a time when it was vital in the community, but the church is still relevant because the Gospel is relevant,” said the pastor. 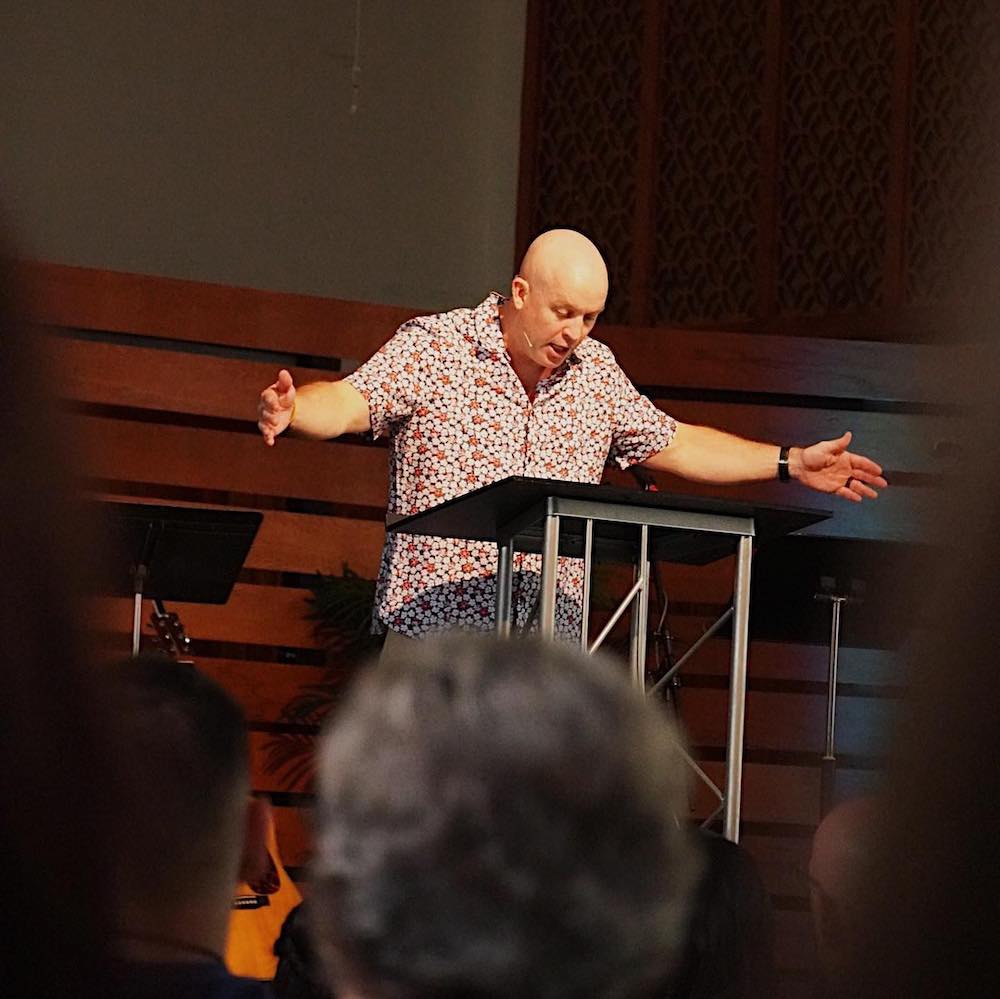 Miami Shores Baptist was started by 24 people sent out of Central Baptist Church in 1947. They met at the Miami Shores Theater and in 1949 was established as a church, acquiring property as they grew. The valuable property where the merged congregation now sits includes three houses, paved parking, and a sanctuary that can accommodate 300 people.

Grace Church hopes to use its property to host a pastoral training center for pastors in the city, a counseling training center for lay people from local churches, a training hospital for future church plants, and rent office space to like-minded Gospel partners.

“Grace Church Miami received this generous blessing because of their commitment and faithfulness to the Gospel of Jesus Christ,” said Fernandez. “I honestly believe that God is going to use Grace Church Miami to reach people with the Gospel, disciple them, and send out a multitude of Christ followers ‘to the ends of the earth’.”